Just out. Out line and graphics look the same like the Aurora 1 and 2. Only obvious difference is the arc is much flatter than the Aurora 2 and more like the Aurora 1. I would be concerned with turn speed and stability because of that. The kite's shape seems cleaner. They may be targeting more performance with it. Discount for making a video is good at 50% off. 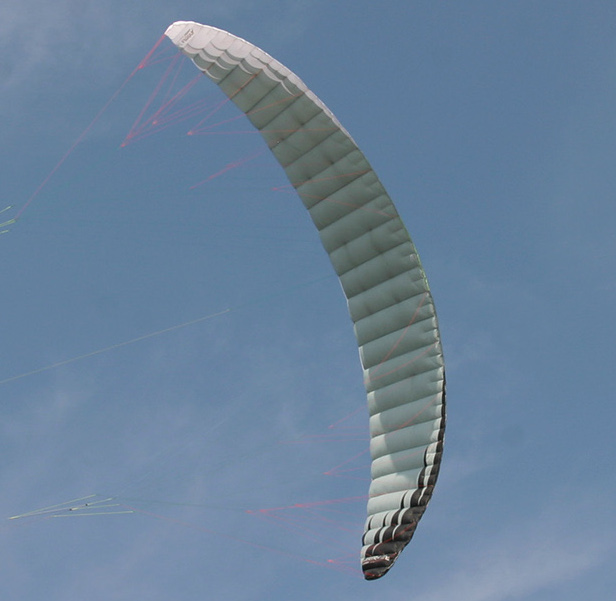 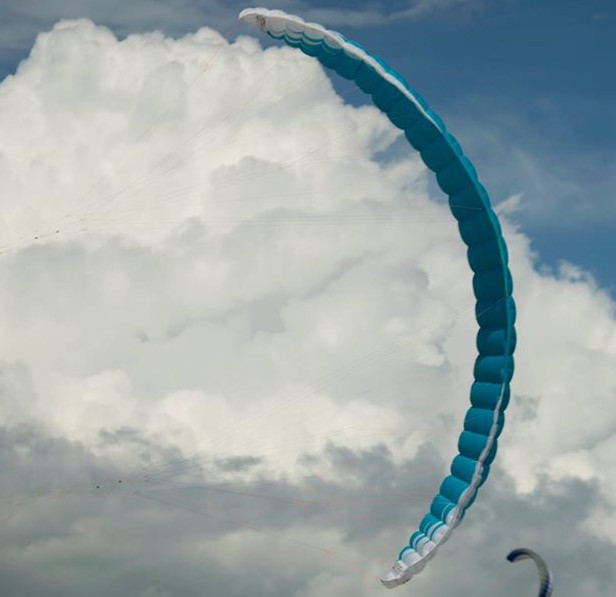 Have one ordered in 15m will be sure to update once it gets here they have a back log of orders coming into the Chinese national holidays.

I also ordered a 15M since they had a crazy deal on that size and that's going to be a good size for foiling and winter kiting. I will post a review when I get it. It's on it's way now.
Top

There is new graphics though. There is also miniribs which are not included in most kites. Cell count is lowish for the AR leading to quite wide and bulging cells. Difference to modern mid AR kite like Duotone Capa is big, it has about same or even lower AR and much higher cell count.

Pansh would have to redesign all their kites if they want to be more serious kite manufacturer. Or is it so that cheap kite has to have some quirks

9 meter UL incoming. Will review and hopefully produce a video to get a discount!
Top

1: I'm no pro you-tuber, so this is not an awesome video.
2: I flew on the North Y bar out of convenience/safety. Will rig with a V bar at a later date.
3: Lots of my comments while flying are garbled so I tried to include a TLDR in description.
4: Go easy on me, just trying to provide information to the community.

Kite looks a bit unstable on one side at the start, might be your front lines are uneven. Otherwise it looks more stable at the end. Could be just bedding in, but may be worth while checking the symmetry of A and B after you have flown it a bit. It will get more stable as the pulley lines shrink. The new line connection look like a typical Chinese innovation...close up pics would be interesting.
Top

Thanks for the review MaximumAC

foilholio here is a picture of a 7m Aurora3 mixer, sorry hard to see details with the background. They uses metal ring for knots like connections, steering lines (Z) have the 2 bridles line loops larks headed thru/around the ring. Front lines (A) have the 3 bridle lines loops thru the rings, so you can't disconnect the bridle till you cut the ring off.

The previous Aurora, A15, Genesis kites used white lines thru the pulleys that look a little less than 2mm dia. The Aurora3 has the same on the B pulley but the C pulley has an even smaller black spectra line that looks maybe 1.5mm dia. I removed/cut the rings off and plan to replace the B pulley, C pulley, and A line with stronger 2.8mm, 7/64" amsteel. 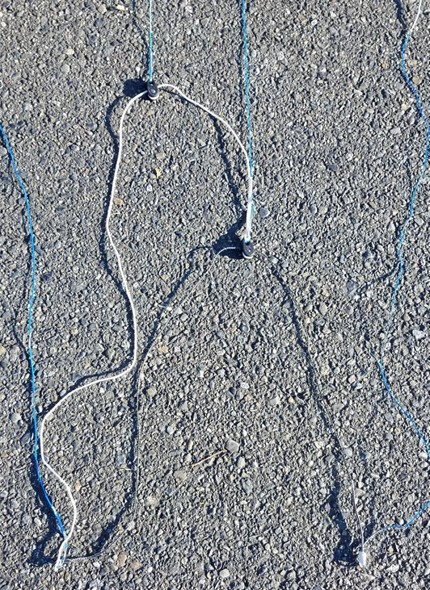 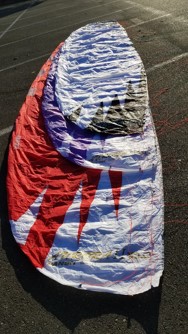 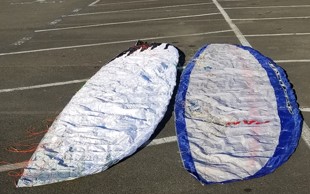 These users thanked the author PugetSoundKiter for the post:
MaximumAC (Sat Dec 21, 2019 3:38 pm)

PugetSoundKiter wrote: Front lines (A) have the 3 bridle lines loops thru the rings, so you can't disconnect the bridle till you cut the ring off.

That's why I wanted the picture, it was hard to see but I imagine that would be a possibility. A quite Chinese solution they have there... combined with the fact they do it the other way on the rears...


PugetSoundKiter wrote: The previous Aurora, A15, Genesis kites used white lines thru the pulleys that look a little less than 2mm dia. The Aurora3 has the same on the B pulley but the C pulley has an even smaller black spectra line that looks maybe 1.5mm dia. I removed/cut the rings off and plan to replace the B pulley, C pulley, and A line with stronger 2.8mm, 7/64" amsteel.

While maybe I haven't used my Panshs enough but the white line seems quite durable though maybe it is not strong enough. I am a fan of pulley line about 1.5mm thick it is quite sufficient and light. 2mm would give plenty of margin if wear is a concern. Flysurfer uses 2mm and that is covered so only part provides strength. I have made 3mm before and I think it is far too thick and heavy. I am not too concerned with breakage as I have had it happen many times, mainly with FS pulley lines. I ride such that it is not an issue and I have ridden back to shore many a time with a broken pulley line. It is easy for me to spot a line that is getting near breaking, so I could replace, but it is surprising how long they can still hang on. If I am to partake in risky activity, I can replace things for new before hand.

If you are planing to make new pulley lines it may as well be worth while redesigning the mixer a bit. Some adjustment can be nice, and B pulley line needs only be half the length of C pulley line, if you move it up on the A main that is. I am planning to try out some mixer designs soon. Simple things but there is some design considerations, like FS has the adjustment loops on the pulleys, which makes them easier to adjust because of the large plastic loop on the pulleys.
Top

In this review the 2 and 3 seem quite similar the reviewer prefers the 2.

2 and 3 are a bit different. The 3 looks good to me. I would put the comments from the reviewer down to the bar or mixer setup.

Something exciting from Pansh. looks good. 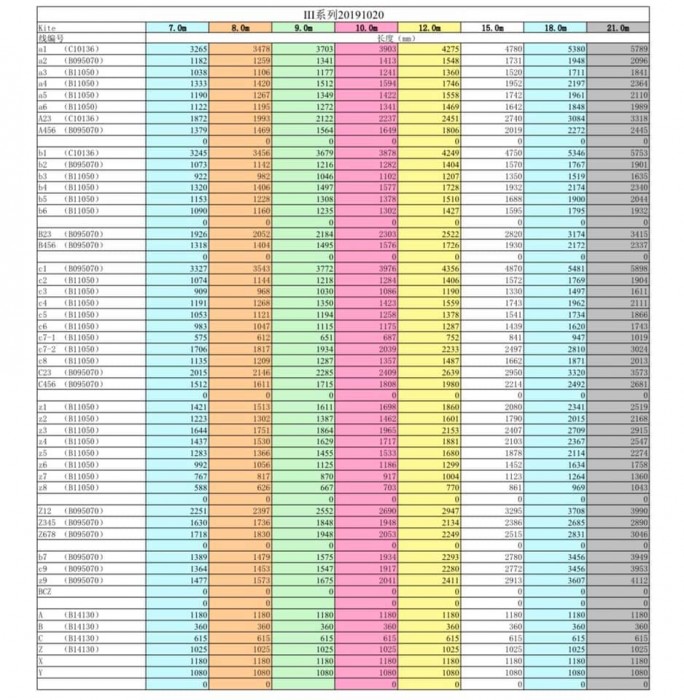 Aurora 3 Line plan. Maybe put it through an OCR.