To be fair, I don't even know why am I creating this thread and review, since I have no brand affiliation, nor do I sell those kites, nor do I know any international dealership of this brand. Probably just to brag.

ParAAvis is the Russian brand that sews foil kites as their byproduct, just like Ozone, while their main products are paragliders and parachutes. Few years ago they have created Smile II, naming of which was weird because they already had Smile and that was not a kite, but a reserve chute. They tried to create the most user friendly mid aspect foil kite, which wasn't that great and had issues, plus newly released FS Soul threw a huge shade on the kite, so majority of those kites were sewn for children snowkiting racing class JKS. 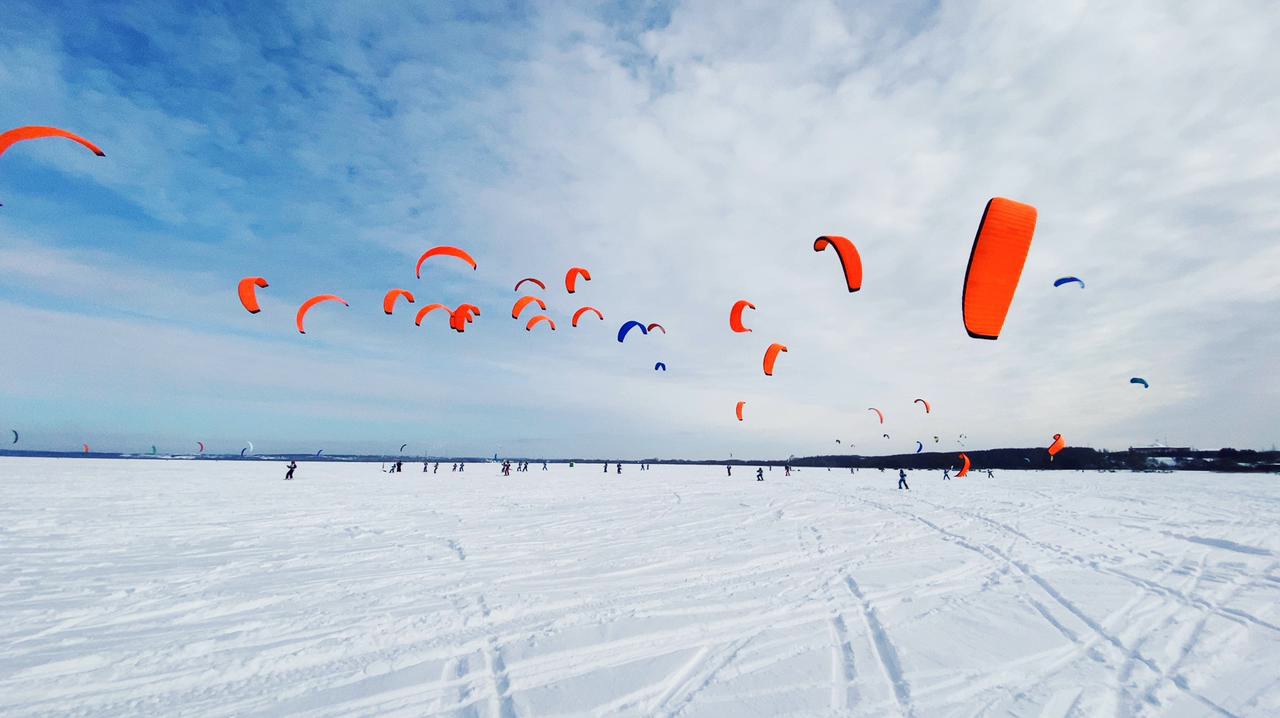 During 2020-2021 winter season, out of the blue, affiliated folks have announced that Smile III is on the way and it is going to have way wider size range than previous generation. Most importantly, 15m size. For us, Russians, who do not have access to tropical coastlines with steady 20 knots winds most of year, we have to resort to "swamp kiting" and use as little wind as we can harness using the biggest kites and boards that we can afford. Some of ParAAvis kites are going in fixed 15m(Drive 2) and 18m(Q18) sizes because of that. Folks said that this was a brand new kite, comparing to the previous one, absolutely revolutionizing it and fixing mistakes. I have ordered it back in march and have been waiting for two and a half months for it to be sewn and delivered to me last friday and put it on the maiden flight this sunday. 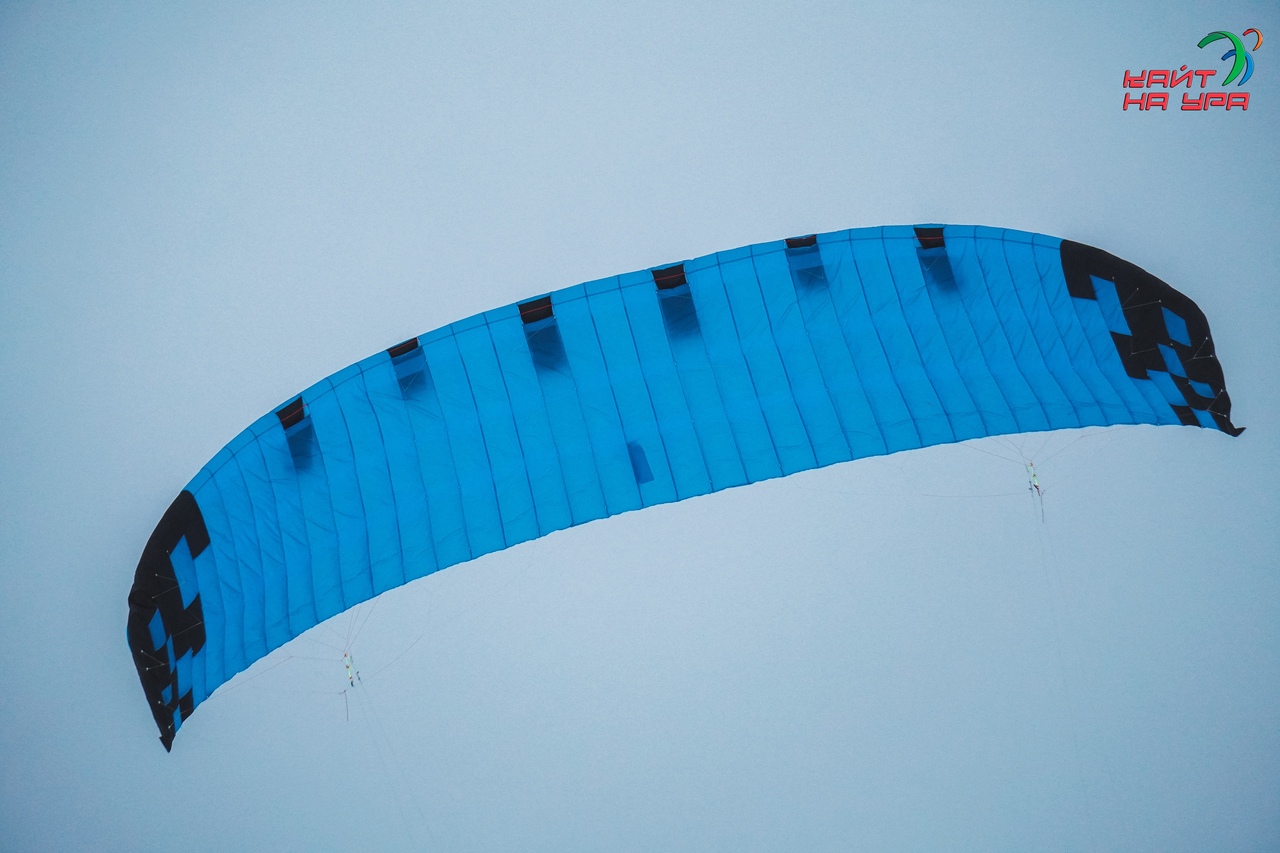 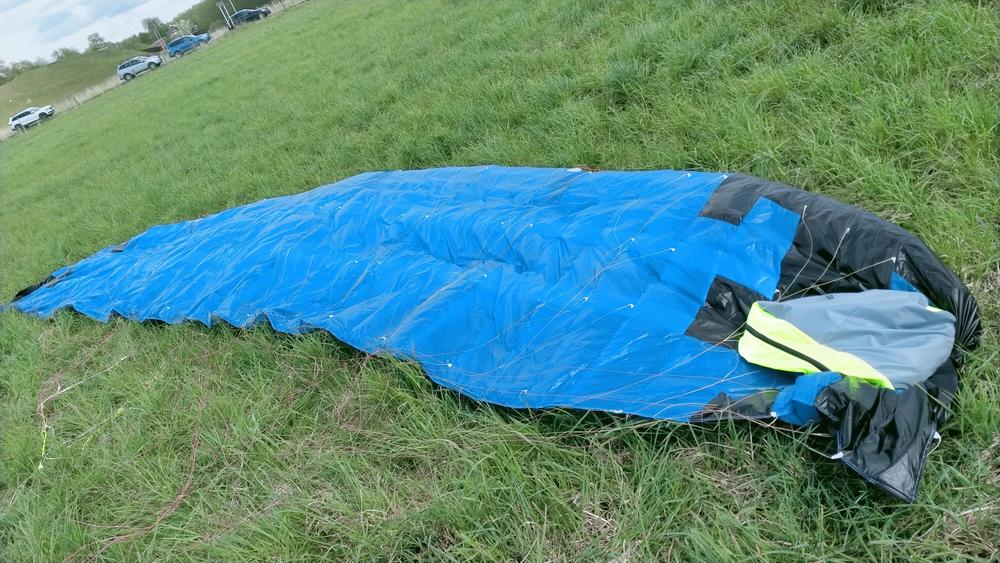 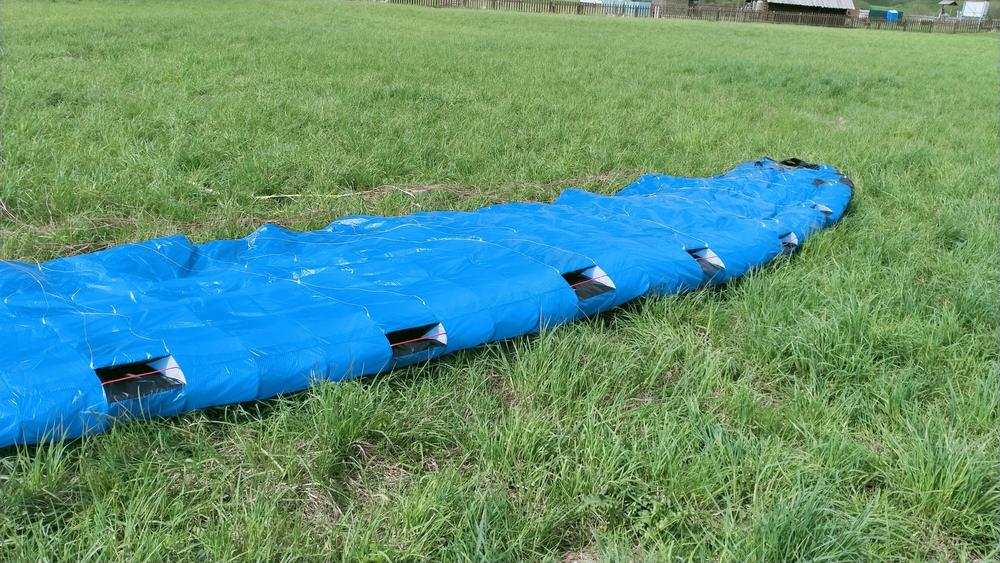 While I have been waiting for my kite I have managed to test this kite in 15m size. My first impression was how smooth and friendly that kite was in terms of stability, predictability and power delivery. And now I have managed to fly my own wing for the first time for few hours. Wind conditions weren't much. At first it was 8 knots. While I was on a 170cm door that was barely enough to go and have some minor upwind. With my weight of 101kg that was close to a miracle. But then wind have picked up to 10 knots, and that's when the kite began to shine. This kite gave me the feeling of absolute control, it did everything I wanted from it, however I wanted from it, no surprises, no explosive power surges. Just carefree riding. Moderate bar pressure, in my opinion it's just right. There's gonna be a bold claim, but I say this 15m foil kite turns faster than 12m Soul. I have noticed that when I pull on the bar the canopy of the wing just changes angle evenly as whole, instead of relying mostly on the trailing edge like Soul did. Probably that's how the mixer works, it's much more complicated, see photo below. This kite is also incredibly stable, no wingtip folds during transitions, no collapses, even kept the shape when I botched landings on jumps, even refused to frontstall when I yanked the power lines in marginal winds. If gusts came, somehow it felt very smoothly through the bar, no yanks that throw you forward. Upwind is solid 8/10, almost went at the same speeds and angles as the hydrofoil users, but still wasn't there. I believe this wing was not planned as race kite, but it picked up quite the speed.

In conclusion, this is the most amazing kite that I had, smooth, friendly, stable, easy to use with enough power to go and play at the most marginal winds. I love it. And now, cream of the crop, the price tag. 15m wing without the bar was just 1130$.

Mixer in question. I have no bloody idea how it works, but it works. Manufacturer claims that this mixer can be transformed back to the classic variant, making the bar pressure even lighter but losing the 30% of the bar input and depower range. 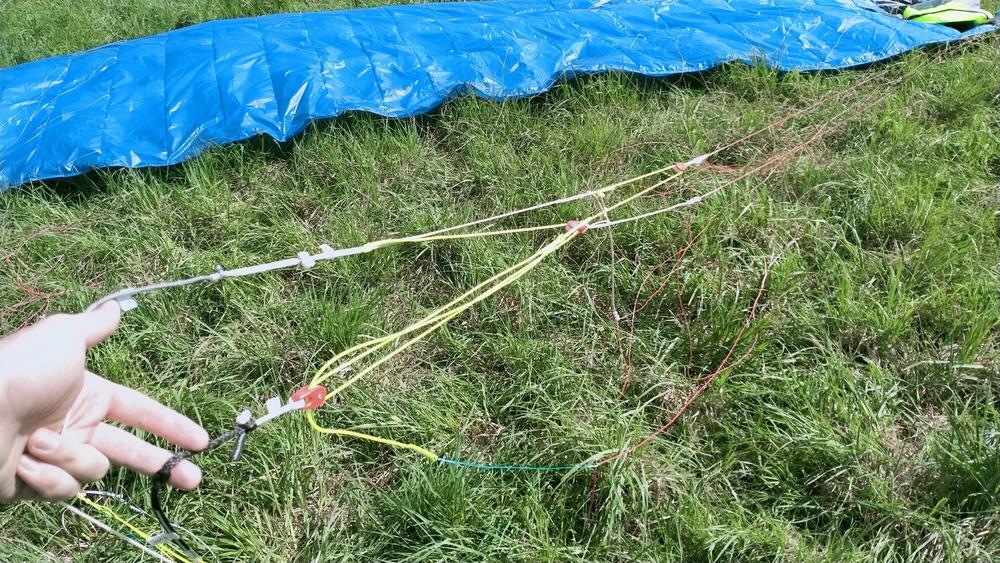 Very thin bridles. Tend to clutter a bit right out of bag, so I had to shake them for a little much longer that I used to do that with Soul's bridle. 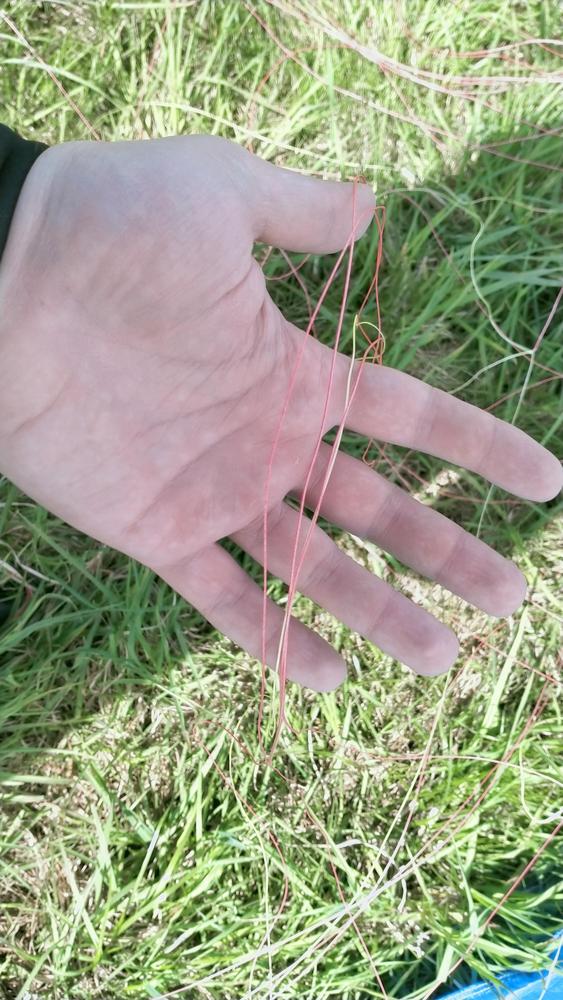 Drain valves. As I have mentioned there's 5 of them: At each wingtip, about 35cm (1ft) away from it and right in the middle. 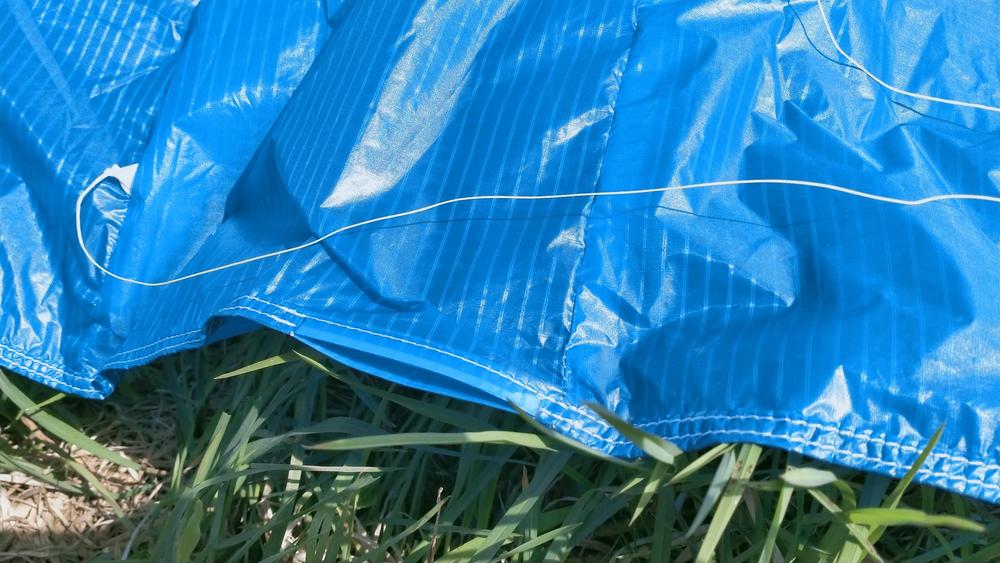 To be fair... this kite looks like FS Speed, with such swept back wingtips and slightly higher aspect ratio.
Top

As far as I can see mixer is some kind of Turbo variant which pulls brakes more than usually.

So your interpretation compared to Soul seems to be upside down. Soul has a classic 1:2:4 which pulls kite evenly, this Smile bridle pulls brakes more.

Kite looks pretty good, but I'd say not quite as smooth as FS and Ozone kites. How bridle/inner structures have been designed is quite obvious: 1-3-1 bridle spacing and full cell D-ribs/H-ribs giving diagonal support. Air intakes have been located for wide range of AoA's, another possibility is to use doubled air intakes.

It is obvious they know what they are doing in Paraavis.

Thinnest bridle lines look a bit suspiciously thin. I've seen some Russian kites which had many repaired bridles and I've also repaired bridle attachment loops for them. They were a bit cheaply or simply made compared to FS, and no LCl's. To my surprise bridle was tied to loops with knots (loop with overhand knot and overhand stopper knot), which is quite primitive but also makes line repairs easy.
Top

kitexpert wrote: ↑
Mon May 17, 2021 9:47 pm
As far as I can see mixer is some kind of Turbo variant which pulls brakes more than usually.

So your interpretation compared to Soul seems to be upside down. Soul has a classic 1:2:4 which pulls kite evenly, this Smile bridle pulls brakes more.

Maybe you're right. From my experience I didn't see the Soul to change the angle of attack that drastically when sheeting in on the bar like Smile did. Maybe that's because Smile has higher aspect ratio, plus additional input from turbo mixer. But even with increased input on brakes this kite doesn't backstall with bar fully sheeted in while there's barely any wind, which indicates that this kite is really well tuned.

Also here's the vid with 2.07 time stamp that shows how fast does it turn for 15m size.

Cheers for the review!

Im almost half your weight but this days I really enjoy Chrono 13m. So 15 would work as well

I do have Soul 10 but dont really like it.

The shipping to EU or AU would be a kill.r. EU this days charges VAT+customs on everything from outside.

Guessing, will need to hop on train from Helsinki to StPeter next time when in Fi. Return ticket 35Euros, so....

Getting shipped from Tallin might be a go for the EU.

Kristan, can anything be shipped out from RU at the moment? For example, from AU nothing goes to there yet, I think.
Top

Absolutely no bloody idea. The only postal calculator to send a package to AU that I found was DHL and they asked for nearly of 1000$ for delivery.
Top
Post Reply
7 posts • Page 1 of 1