I would say that it worked, but didn't get amazing footage. I'm going to try it with a 360 cam (gopro max) soon, and I'm thinking of way to stabilize in waves.
Top

I've been working on design of the gopro float for about 8 years. I've tried gyros, swivels, steadicams, tripods, all kinds of stuff. This is the design I've settled on. Nylon strap so you can easily pick it up in the water and carry it to where you want to shoot, weight on one end so it lines up with the current, quick self righting foam and fiberglass float, steel and plywood construction so it won't break if you accidentally land on it, mounts on both sides, sewn cushion beneath the mounts to steady the video. In waves you want it to quickly self right, make sure your design does that because can't really resist the power of a large wave just have to let the float get eaten and then come up again. 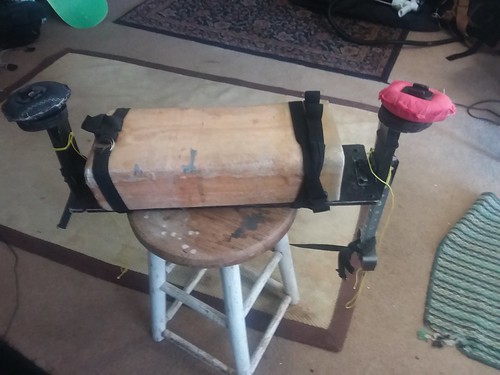 There isn't much interest in boat floats for some reason I think it's fantastic you can get amazing video from it, but I dunno people like to shoot from shore with a telephoto lens better, or to line mount their gopro. Anyway I love it. You get amazing shots and amazing angles. Jumping over it with a 360 cam is pretty cool, I used to make videos like that a lot, but now I mostly use just the front or rear facing mount on the boat float instead of using 360.

I've made them a lot smaller but you get too much bounce from a smaller one, 2 feet (60cm) is about the smallest I've been able to make one that will give you decent shots. I think the symmetric version had way too much bounce, having a long one seems to give you better stability in all directions because it automatically lines up against the strength of the current and waves.

I wouldn't actually use the float in your location, I would use a stick. 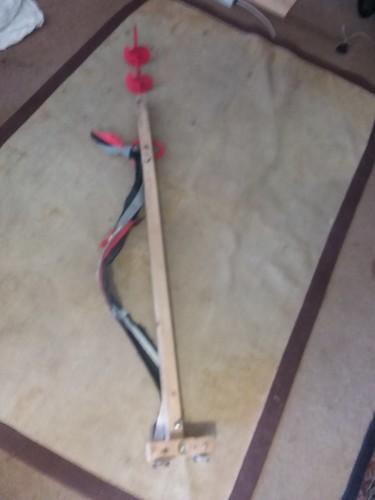 I use the float when it's deep water or waves. The stick any time it's shallow and flat.

Keep working on your design hope you get some improvements over my version.
Top

To avoid rocking with waves it is food to have a very narrow waterplane area (stick or mast). You can see how a wide “raft” frame at water surface picks up waves and rocks in video above.
Get a tube (pvc etc) stick it through a pool noodle and attach a weight to the bottom and anchor from the weight. Camera mount on top. Three anchors to triangulate and lock it in place if you want. Say you want a pov 3’ off water, use a 8’ pipe, pool noodle over top 4’, weight and anchor(s) off bottom. Results may vary and anchor attachment position, size if weight can be moved to tune. If water is shallow just spike the pipe into the bottom. If shallow and bottom is hard make a tripod or plate at pipe base.
Top

I never got enough floatation with pool noodles which is why I made the float above. I guess it's possible I just could not make it work. I used anchors for a while on the boat pro but switched to just carrying it around with the nylon strap and placing it upwind. Seemed to get better video that way.
Top

So both of you are saying that a smaller square base will handle the waves better?

I guess I thought about it backwards in that bigger boat handled bigger chop ( with the right shaped hull) better, but clearly I have no idea what I’m doing

Thanks for all the tips!

One thing that I did for more shallow water was buy this cheap ($10) umbrella sand anchor and stick a selfie stick into it. Worked better than the float of course

I guess I thought about it backwards in that bigger boat handled bigger chop ( with the right shaped hull) better, but clearly I have no idea what I’m doing

Thanks for all the tips!

One thing that I did for more shallow water was buy this cheap ($10) umbrella sand anchor and stick a selfie stick into it. Worked better than the float of course

having a square or round base does not matter what really matters is that you have the canoe kind of shape that is that's what worked for me. if you have a shape like a coracle what happens is every wave left right up down tilts the entire platform and jiggles it especially because you have the top of your GoPro centered directly above the swivel point of the coracle. I've also used canoe shaped configurations with a proa outrigger that also seemed to pick up too many waves the long canoe shape square or round tip the canoe doesn't matter what the shape of the canoe seems to slip through the waves better and give you less vibration on your GoPro.

keep working on it keep designing stuff I'm sure that you can find something better than what I have done I'm just telling you what worked for me.
Top

Thanks again for the tips and encouragement.

Do you have other photos of the rig you built? Stuff from other angles or with the cameras on or on the water?

Even footage from the rig.

Just having a hard time visualizing how your design works. But I can see how a directional canoe shape could handle chop better
Top

It's winter now in michigan so the lakes are iced up. I can make a video demo-ing my rig in a few months if you remind me.
Top
Post Reply
9 posts • Page 1 of 1