Trick learning order up to the Flaka and beyond?

Trick learning order up to the Flaka and beyond?

After I started getting enthusiastic about the fast learning curve during the last session I just wanted to ask for experiences about learing order for tricks and also a bit about material.

Now I thought its time for the flaka happily not just found a video from Phil, which is a hard reference but from someone at a more reachable level. Started trying it but till now just face plants

Any tips for the Flaka or other tricks to start before in the order. 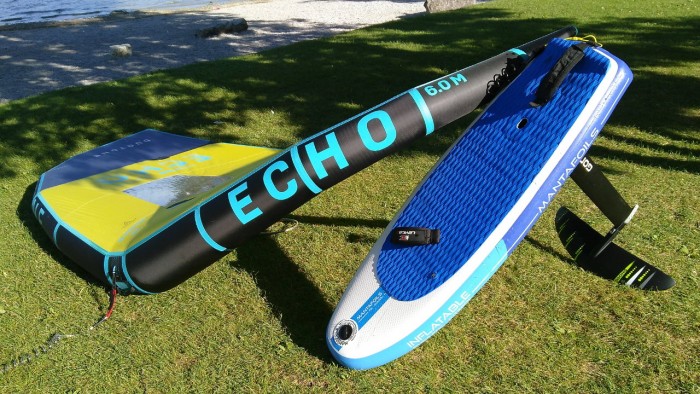 Re: Trick learning order up to the Flaka and beyond?

Ok, Flaka is done, but as it is not such a nice trick with tip most time touching the water (especially with a 6 m²) or even has to be pushed around, I am not sure to stay with this for long.

Just did it once successul, but as it doesn't feel to hard, no worry to get it again. Not too much secrets to say about it, for sure first try carefully and don't do a backroll as used with a kite, but to stay more or less straight under the wing, turn first the board and then the wing. To get it just start to go faster higher and with more turning impulse. Maybe I can tell more if I will have done it more then once.

Anyway, to me his is the very much nicer trick:

Maybe anybody can find a good explanation, as it is pretty much a jumped upwind 360, I think I will try this first, as already done but not yet successful.
Top
Post Reply
2 posts • Page 1 of 1