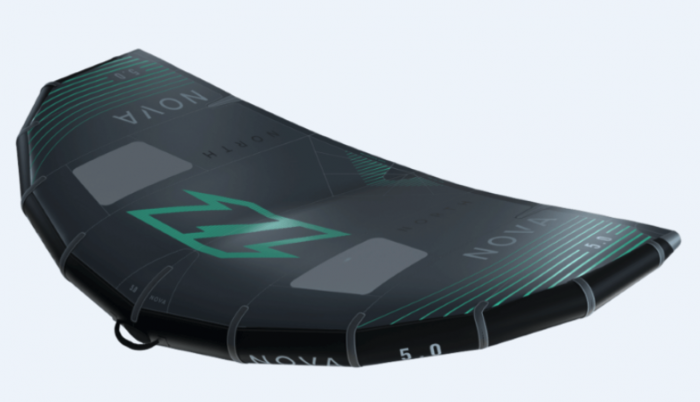 Maximum performance, minimum effort. No strings attached. Balanced and reactive, the Nova Wing generates more forward drive and upwind performance than anything you’ve ever ridden. At the heart of the Nova design is a super-stiff geometry for power and efficiency, enabling instant take-offs and a massive wind range. Intuitive transitions. Comfortable ergonomic handling.

We’ve carefully positioned everything, from the XS Litevision panels to the low-profile handles, in the best place to trim the wing and make transitions safer and more intuitive. The tow-friendly wing shape with sweep and dihedral also helps keep it tracking when towing behind you on a wave.

Whether your focus is on the flow of riding open ocean waves, carving or stomping out tricks, the Nova Wing will help you make the most your local conditions. Load up. Pump up. Ride longer.

Looks pretty hot. So many new options for the summer in North America. Has anyone ridden this one? Any comparisons to the Strike, A-Wing, Wasp V2?
Top

gription wrote: ↑
Fri Mar 05, 2021 4:04 pm
Looks pretty hot. So many new options for the summer in North America. Has anyone ridden this one? Any comparisons to the Strike, A-Wing, Wasp V2?

Disclaimer! I ride for North in the R&D team.

I have been riding the preproduction 5m for almost 4 months now. I have had about an hour on the Strike and about 30 minutes on the final prototype of the WASP V2.

They all feel very different. I find the Nova to be the most grunty out of the 3. It is probably the most intuitive to use followed by the WASP V2. Both the Nova and WASP v2 have similar thicker handles, compared to the very thin square handles of the Strike. The Strike is very stiff, but takes getting used to and needs a different pumping technique to get the maximum power out of it. The Strike jumps really well. It felt a bit unstable on fast upwind courses, the other two feel more stable when pushing them upwind hard. The Nova and WASP V2 generate power very easily and most people will find it easy to get flying with little effort or change to technique even in light wind.

I am not a fan of the thin and loose surf handles on the Strike and WASP V2. I prefer the thick and rigid handle of the Nova. I think this is a matter of taste.

The One-Pump on the Nova has two hoses with clips to the strut which makes pumping and deflating the Nova really quick and easy. The Strike has a deflate on the Strut. The WASP v2 I tried had no One Pump.

The Windows on the Nova are great. The are positioned so that they work passively, meaning you do not have to lift up or lower the wing to see through them. This means you can easily see what is downwind of you when riding at all times. (See attached Picture) That position is also out of the way of the billow of the sail, which means they do not deform the profile in the middle of the Wing and are also out of the crash area when you catapult into the wing. The Strike has no Windows. The WASP V2 has long windows along both sides of the Strut. These are made of a light and stiffer PU material. I needed to move the wing up to see through them when riding. 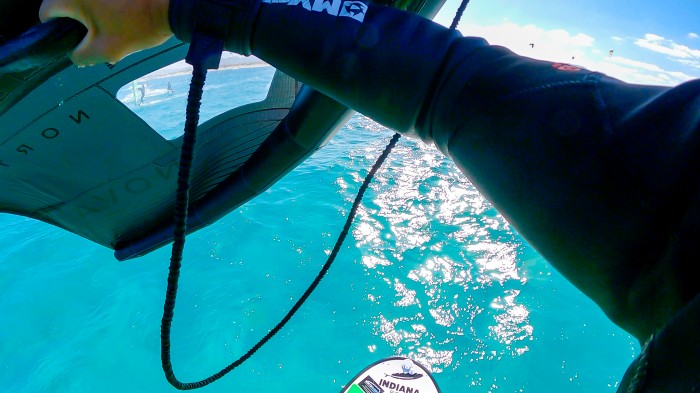 The Bag of the Nova is awesome. It is long and allows the Wing to be stored folded in half which prevents the windows from being creased and also lets the wing dry in the bag a bit faster. The Strike bag is pretty much the same as the Swing bag. I did not see the bag for the WASP V2.

Both the WASP V2 and Nova have Y Handles which I love.

The Strike feels the stiffest and lightest of the 3. Regardless all 3 of them feel really balance when wave riding and freestyling.

The Black Ripstop of the Nova dries really quickly in the sun. This saves a lot of time

@ Gunnar any chance you have tried the Mantis? If so, any comparison? Thanks!
Top

I'm guessing the little scoopy feature on the joint is a pocket to stow the bit of line. Is that correct?

Why would you have a line on the bottom of the strut bladder? Doesn't it get rolled into the tip structure like very other bladder?

It looks like the harness line attachment points span the second handle. Is that a good thing? Looks a bit weird.

I'm guessing the little scoopy feature on the joint is a pocket to stow the bit of line. Is that correct?

Why would you have a line on the bottom of the strut bladder? Doesn't it get rolled into the tip structure like very other bladder?

It looks like the harness line attachment points span the second handle. Is that a good thing? Looks a bit weird.

The "scoopy feature" is where the small line that ties the bladder end corners to the front ends of the sturt. There is another one at the other side (Canopy side) of the strut too. With Bottom I meat front bottom corner of the bladder (canopy side). 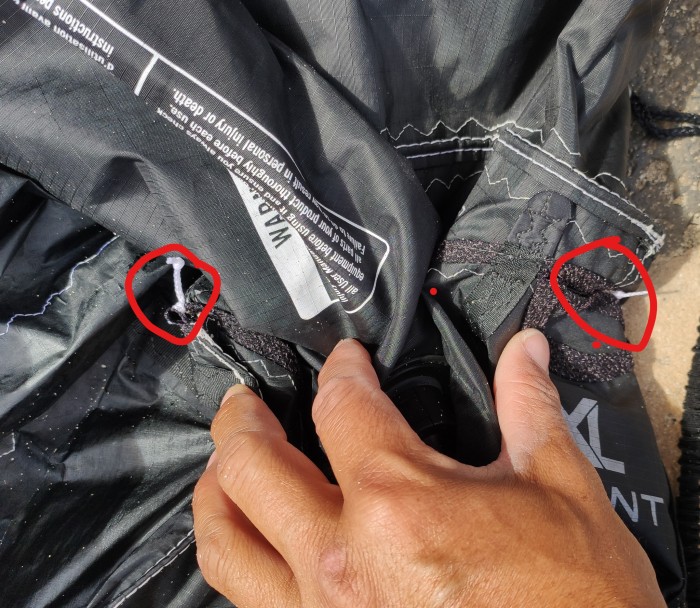 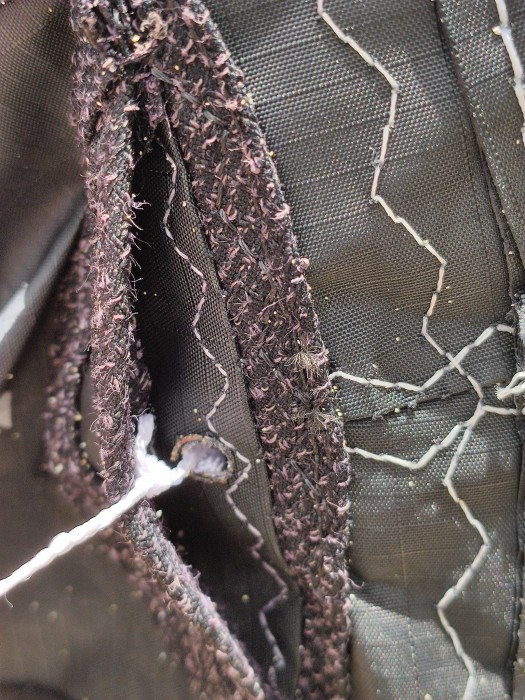 The Harness Line attachment works really well in that position. When cruising I hold the second and 3rd Handle, so the harness line replaces my hands. So or me it works very well.

Here is a pic of the bag. 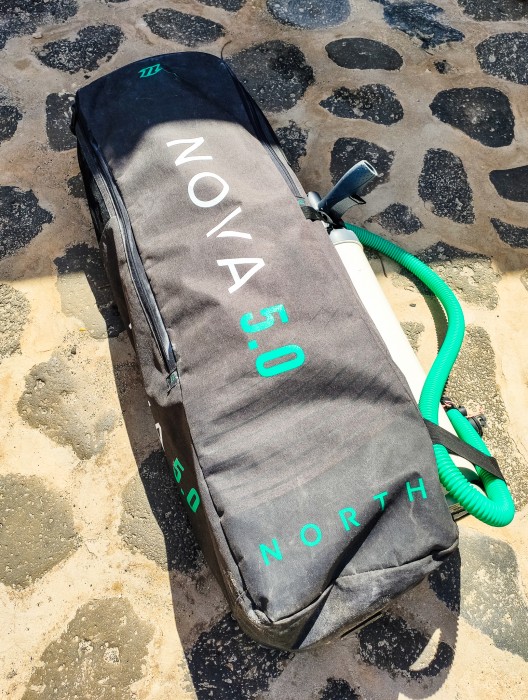