Why shorter Mast for wing foil than for Kitefoil?

Why shorter Mast for wing foil than for Kitefoil?

For Kite foiling the change from 85cm Mast to 100cm was a gamechanger! So much better.

Question: why do most wing foilers use Masts around 85cm (even at beaches with perfect launching possibilities -sideshore, No waves, immediately deep water)???????


Reason for my question: should I keep my heavy 85 Aluminium Mast, or sell it?

If I ever start Wingfoiling, do I need a shorter Mast, or can I use my 100cm Mast?


I am "getting old" and lazy so I would Like the start of my Wing-Career as easy as possible. (I gave myself a super hard time with wrong kitefoiling Equipment)

If that means, start with a 85 cm Mast for the First 10 Sessions, I would do that,

I have done both for a long time, and I actually dont know for sure, or maybe I do.

You are somewhat right though, 5-10 cm shorter masts are often used for wingfoil.

I do also use an 85 cm, and 7½ cm longer for kitefoiling mostly, but this is also because I could not get a 90 cm for wing, and 100 cm definitely too long for wing (for me), and also a bit long for kitefoil.
I started wingfoil with an 80 cm because starting was a lot easier when at the seaside, just walk out and start, no paddling no nothing.

You say "perfect launches", but such a thing hardly never exists, which could be one reason.
You call it sideshore no waves, immediately deep.
It is IMO not perfect conditions at all, as most do it for small or bigger waves as their final goal, and not flat water, apart from when learning.
And when you have even small waves, you most often have shallow water usually sandbanks, when starting at least.
Here you will like not to have a 100 cm mast, when you walk out to start, as you can avoid the "paddle" out now, simply just walk out and start.

For beginners, not really advantages with a longer mast though, as wingfoil is so much slower than kitefoil, it isnt nearly as lively so you dont need as much extra "height" margin.
For experienced you dont want too short a mast, as you will breach often when on a (maybe choppy) wave, so 90 to 95 cm are used by some.

The other practical difference could be that you get up foiling so much faster on a kitefoil, in the very first kitedive usually - whereas wingfoiling you normally need some time or distance till up foiling - which makes starts a lot more difficult between sandbanks if too long a mast.

You can not start and stop as easy, nor get out as easy, as with a kitefoil where you can just drag out mast on the side, over the shallows.
Or when having weed issues like right now around Denmark and Britain, lean back in the water to stop, release seaweed, and start again with a kitefoil, fast and easy.
Seaweed is a LOT more hazzle when wingfoiling, as you can not stop and start easy, and also a bigger nuisance as gliding without power is key when experienced

This has got nothing to do with mast length though, sorry, just a general thing

Anyways, just start with your 85 cm mast, you might never need a longer one, and no downsides like some has on too short masts kitefoiling, at the "just after total beginner level".

Because longer masts don't work as well for wave riding, and wing foiling's killer app is waves. Long masts have more drag and risk hitting bottom where the waves gets shallow.

But for flat water, it'll work just fine to have a longer mast. It also works for wave riding, just not as optimal. So if you got it, use it, upgrade later if it's a problem.

Well, keep the 85cm mast, most likely you won't get much for it anyway, and you have the optionality to try both and see what you like better.

This said, if you wing in a place where ground clearance is not an issue, you might very well use your 100cm.
I personally use my 100cm carbon mast for both kite and wing foiling, no issues at all.
It will depend on mostly on your weight, the size of your wings, and the stability of the mast if you're bothered by flex.
Personally, I prefer the lower drag of the carbon mast versus the old 85 cm alu mast, and in the choppy conditions I ride in, 100cm is great when aggressively leaning in going upwind.
The flex doesn't bother me.

If I had to guess, I'd say that the board won't get canted to windward as much on a wingfoil than a kitefoil.

Depends if you ride wing with a harness

Depends if you ride wing with a harness

Really? At what strength wind can you use a small enough wing not to hit the water?

If you compare the stances of 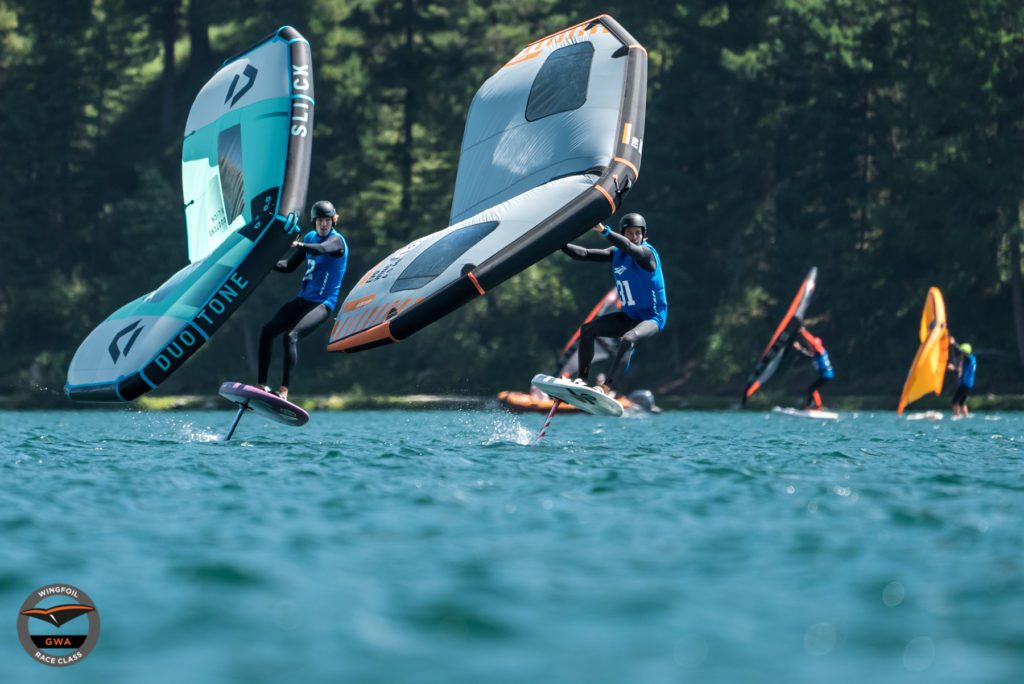 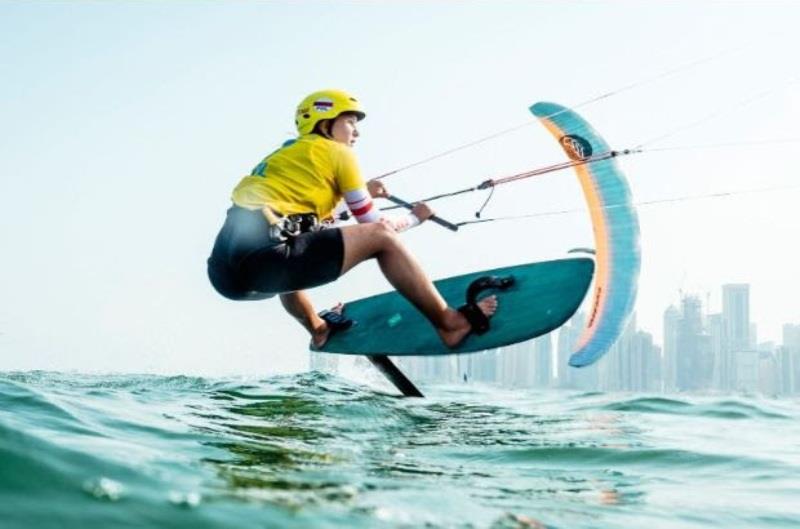 It would appear that the wing would be touching the water before you could get low enough to match a similar board angle. To avoid hitting the water you'd need to fly it more above your head which would reduce the need to lean the board. I know I didn't link to a harness rider but the only photos I could find were Sam Light who wasn't in a race at the time and although he is a good rider I thought it better to show actual racers (https://wingsurfworld.com/wp-content/up ... 70x513.jpg) .

Got any examples of wingfoilers really cranking the board over (not just in turns but riding along)? My opinion is still that different sports have slightly different requirements.

juandesooka wrote: ↑
Sat Oct 01, 2022 4:52 am
Because longer masts don't work as well for wave riding, and wing foiling's killer app is waves. Long masts have more drag and risk hitting bottom where the waves gets shallow.

But for flat water, it'll work just fine to have a longer mast. It also works for wave riding, just not as optimal. So if you got it, use it, upgrade later if it's a problem.

Exactly, wingfoiling is all about waves. Because your foil works best when closer to the wave surface a "shorter" 85cm mast keeps you closer to the water and gives you better control. You dont want to go smaller than 75cm though because it then makes passing white water more difficult and easier to breach.

If you are riding flat water, anything goes!

I fully understand all Points!