Never before in the United States has the announcement of a snowkite event created so much interest in so short a period of time. The idea was to host a week of snowkiting, on-snow instruction, kite demos and evening seminars at a backcountry lodge in the Big Horn Mountains of Wyoming. The brainchild of the event was a few of the Jackson Hole Kiters, a tight group of avid Ozone riders that have been progressing snowkite technique and adventures for many years.

The northern Big Horns have been a snowkite destination for a handful of Wyoming and Montana locals since 2006. Each year we have push the limits of snowkiting in the Big Horn range. Each year we have come away enchanted by the diversity and immense magnitude of these mountains. In the lower 48 states, the Big Horns are one of our finest locations. Once the idea was hatched, it took only two days for the reservations to exceed the lodge’s capacity. With that news, some kiters said, “No problem, we’ll camp out!” Snowkiters are a hearty group, without a doubt.

With the dates set for the first week of December, it was now a matter of dialing in the logistics. Located at 8888 feet, the Wyoming High Country Lodge was to be our base for the week. Lodge managers Howard and Cheryl Jones came through with confirmation that they would do whatever it takes to make the event a success. With many of the local kiters in the northern Rockies having snowmobiles, and Howard with his Snow Cat, on-snow transport from the trail head to the lodge to the kite spots was successfully handled for non-snowmobiling participants. Because the event was to occur on the Big Horn National Forest, permits and insurance were required. Following that, all that was left was for the snow to get deep and the wind to blow.

Snow and blow it did. The first official day of the event we were rewarded with solid 30 mph winds and fresh powder. That first day, Snowkite Summiteers could be found at numerous kite spots shredding fresh powder and boosting sky high. Amazingly, this was our one day of above 0˚F temperatures! That first night, 9” of new snow fell and temperatures plummeted. A river of sub-zero Siberian air flowed into the Rockies. The nighttime lows averaged -25 ̊F night after night. While it was sunny, daytime highs were negative 15 ̊F! Everyone was on high alert not to have any exposed skin to guard against frostbite. The smallest routine chore became slow and time consuming in these arctic temperatures. Sightless kiters with frozen goggles were common. Throughout all of this, Howard and Cheryl kept the fireplace stoked and served up a week of hot, scrumptious meals. Amazingly, even the hearty kiters who camped out in tents were happy.

Every day we would venture out with our sleds and kite different spots. Some kiters tried out the latest kites from Ozone, the Summit and Frenzy. Others learned the basics of speed flying. Others “went long” and explored new areas of the Big Horns. Some visited areas that had never been kited before. Every day was a new adventure at the Snowkite Summit.

Every night was also an experience that will be remembered. Discussions were held on creating a grading scale of difficulty for snowkite terrain. Conversation on kite industry support was covered. A code of best practices for snowkiting was discussed. Consideration was given to revitalizing a nation-wide snowkite association. One night was devoted to viewing some of the best snowkite videos from the past and present. Ozone International Team Rider, Johann Civel, who was there from France, provided the US premier of his and Wareck Arnaud’s latest RIDE UP film: Blowin’ in the Wind. Through all of these nightly seminars and films, a couple gallons of Montana moonshine and 7 kegs of Montana homebrew were consumed! These were nights to revel and remember.

By the end of the week the kiters at the Big Horn Snowkite Summit were showing some wear and tear. The sub-zero temps were slowly draining us. Some of our sleds were reluctant to start. Through all of this, a new dimension of the future of snowkiting was being formed. Where it is going, no one can positively predict. However, snowkiting is refining its identity. Summit participants came to the Big Horns with widely differing experiences and perspectives. Perhaps the greatest outcome of the Summit was the friendships. Old friends and new friends, coming together at a remote lodge high in the mountains of Wyoming. These friendships will keep the future of snowkiting alive and well and provide a basis for the continued progression of the sport.

Thanks for Reading and Windy Regards, 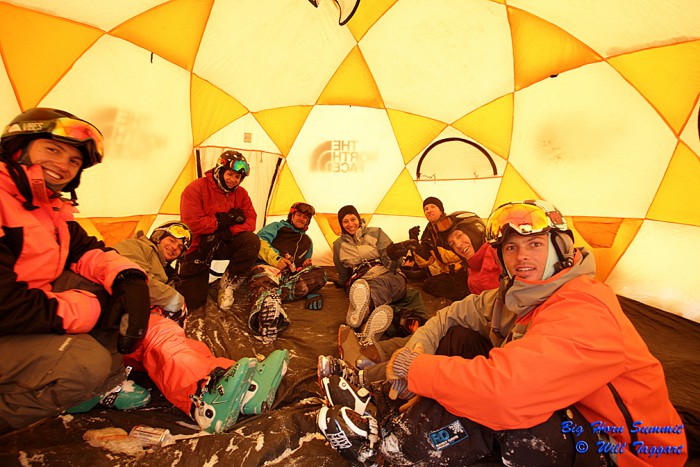 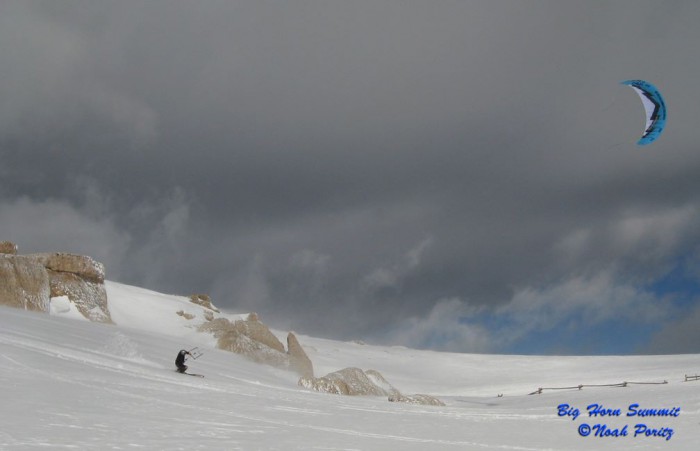 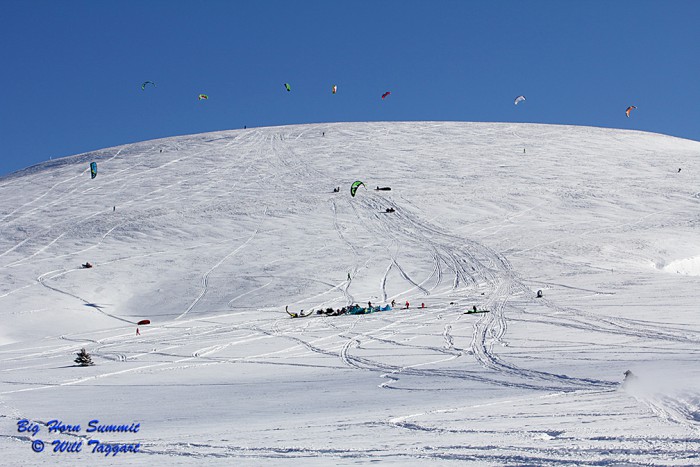 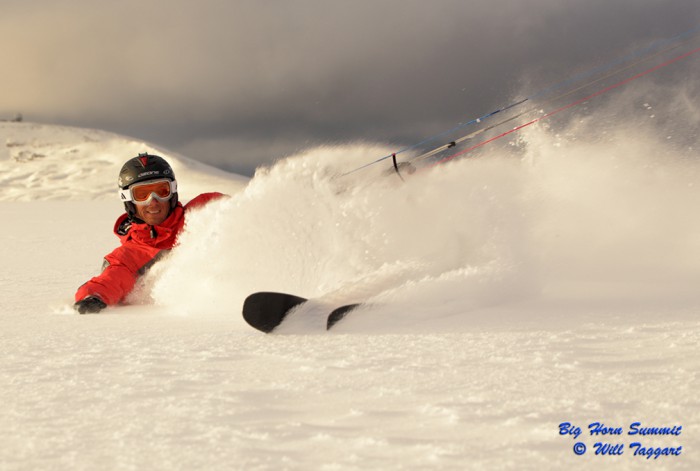 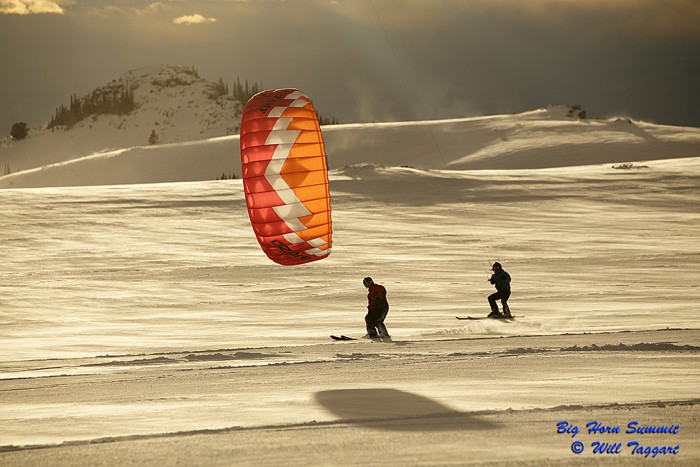 Re: Big Horn Snowkite Summit Recap: The Future of Snowkiting

Re: Big Horn Snowkite Summit Recap: The Future of Snowkiting

Beautiful write up Noah! It entirely encompasses the event and takes me right back!