I think I'll title this one a quick afternoon jaunt. Todd and I left the house at 2 in the afternoon, isn't it wonderful to live near where you want to be. We got to the top of the Mesa, the wind was blowing 12 to 14 MPH. I opted put up my 21 Soul Todd put up his biggest kite his 10. The 21 was lit 10 was a struggle. Nothing epic like PDKS Mcmillan but with a 21 m tractor you can lay down a ton of miles in just a few hours. 18 miles was the total for the day. A bunch of jumps including a 25 + foot jump. It was both terrifying and exhilarating at the same time. That's a personal estimate no woo here

Using a small downhill area I tried to see how stupid fast I could go. I thought for sure I hit over 30 but no I hit 29 miles per hour

all in all an excellent session.
Other topics looking for a 12 to 14 m foil for my friend Todd, he needs a bigger kite.
Quick report on my trip to Puerto Pinasca and Ivanpah I had an awesome time on the 21 meter, I got a chance to buggy in a huge tidal Bay called Cholla. The supermoon had taken the all water out of the bay and it was probably 10 square miles of tidal pools and mud and say yeehaw what fun. Got a chance to fly my new hydrofoil somewhat of a frustration but everybody says it's a slow learning curve so I'm not too concerned. The biggest problem I had is when I lost the foil I had to do massive massive body drags to get back to it. I figured out after a while, adding a side stroke into the body drag made it more efficient and I could get back to the foil with only two tacks, still within an hour I was wiped out.

The wind's never exceeded 11 miles an hour my entire stay there. To most kiters that would have been an epic disaster, the 21 again was the key. I got a chance to do some twin-tip time after trying to foil, silly massive jumps and just a really really good good time. :

Ivanpah was a big hit this year. I think we had close to a hundred people show up we also had a big blow cart competition going on at the same time. That resulted in a few let's say raised emotions. They have a geocaching type game that I have tried for four years to complete and this year I completed it, cold beer at the end yeehaw. With the loan of a buggy more suited for speed I hit a new personal best of 46 miles per hour again scary and exhilarating

a quick shout out to all the people at IvanpahI thanks for all the teaching and lessons and time that you spend in both organizing and putting that great event together I wish more of you all would come out there and give it a whirl lots of extra buggies for people if you don't have one anyway I'm going to sign off here. Guys/girls takes care fly safe. 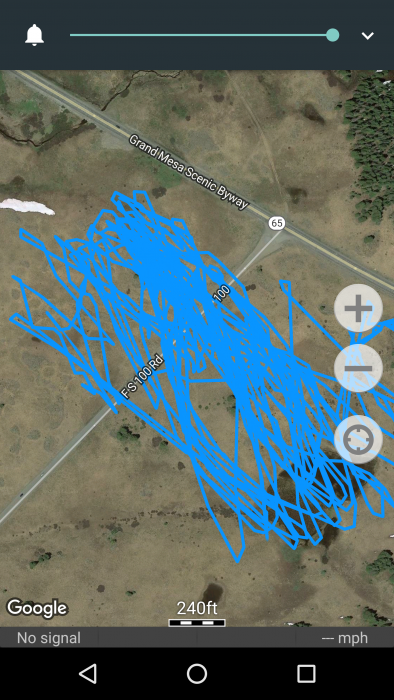 Yes, good day at BigMac, and great meeting PDCK. I didn’t cover nearly as much ground, but had fun and skied some nice snow. It was about as windy as I’d like for the kite I had (especially up top), and I wrapped up happy to leave in one piece after I heard it was gusting over by US Basin and seeing the wind increase through the day. Good times, for sure. Here’s a brief shot of some action (cut out at the prettiest part, but I didn’t want to turn my back on the kite). Not exactly documentary material, but PDCK making a few good turns in there:

@Anthony, inquiring minds (like PDCK, also building a foil) want to know: Do you have pictures of your foil online or do you have a build thread somewhere? That thing is beautiful — you gotta show it off!
Top

I am going to Snow Mesa Thursday the 18th any interest?
Top

Lil update on Miaramonte conditions.......it s full on liquid mode!!
Was fly fishing with a 3mm, and not even that cold! will still be wearing my 5mm for riding tho!
Some great SW wind in the next few days! 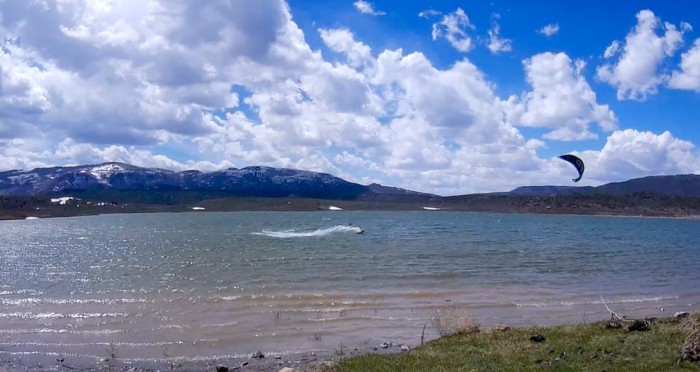 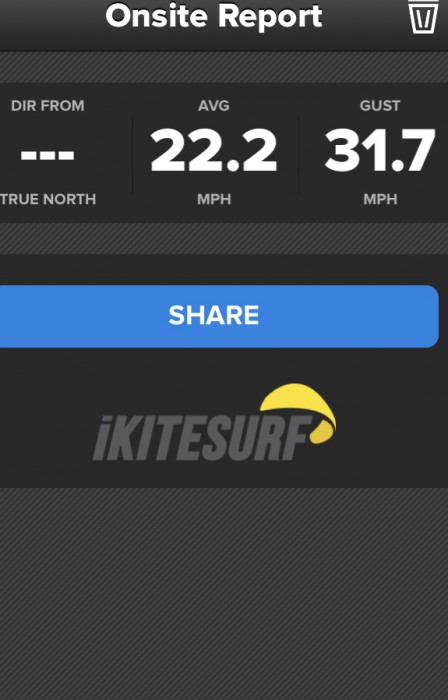 So with the totally awesome snowfall last week all our wonderful mesa is virtually untracked. Hit it Wednesday with Justin and Todd and Friday by my lonesome. Super light but steady winds on Friday so I tried to video while trying to fly my 21. Give my self an A for effort and a C for quality but hey its vid. Snow is still really good. I know the rivers are coming up and the bike trails are drying out and some nut cases are kiting in 34 degree water:):) the above shall not be mentioned. But hey there is still awesome snow to be found. P_S More than happy to share any details about my foil. DYI was definitely time consuming but it;s a labor of love. Feel free to PM me your number and lets talk.

Scott I might be able to sneak away for a day this coming weekend. Do you want to try for it?
Top

Oh man, I wish I could get to Snow Mesa this weekend too. But since it'll be Mothers' Day, the big boss says that we shall be camping out at Rabbit Valley and biking. Ohhh, the dilemmas!
Top
Post Reply
549 posts