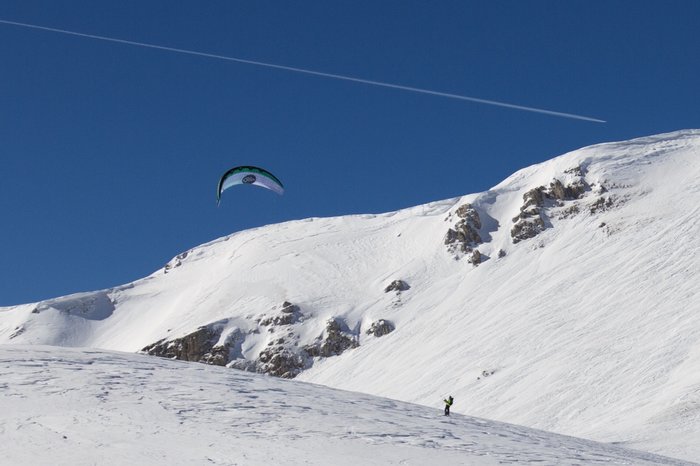 Thirty of the strongest athletes of the Formula GPS discipline were given a battle on the mountains of the Alto Sangro ski area for the second leg of IKA Snowkite World Cup over the past weekend.

The first day of racing was schedule to take place in the Valle Fredda valley, a rather flat are with less steep slopes where speed and distance was more rewarded than gaining height through the terrain. Some impressive performances were recorded early on, with two GPS tasks completed.

On day 2, racing was moved to Toppe de Tesoro, the highest area of the Alto Sangro ski region. Winds were light, and despite some great individual performances in the early stages of the task, racing was finally abandoned as the wind completely died.

Day 3 saw one of the best conditions recorded in competition - winds averaging 15-20 knots, bright sunshine, and perfect snow conditions. Again, Toppe del Tesoro was the venue of choice with a stunning view over Monte Greco, the highest summit of the area.
Two tasks were completed that left the athletes exhausted - but not too exhausted to miss a good party in "The Connery Champagneria in the evening !

The final day of competition started with sunshine and moderate winds - other than forecasted. Cross Country Racing was the call of the day but unfortunately shortly before the start of the competition a strong cloud cover moved in, making it impossible to get racing underway for safety reasons.

In the Ladies Snowboard, Carola De Groot (Netherlands) took the victory ahead of Maria Stellitano (ITA) and Franceska Sarcone (ITA).

The destination proved to be a paradise for fans of the discipline who have been able to carry out the various tests in all the competition areas of the ski area depending on the weather conditions. The Gps formula has generated great interest on the part of the athletes and has qualities of flexibility for the organizers, characteristics that will certainly make it suitable for other disciplines.

The Formula GPS format requires athletes to wear a tracking system that constantly records their movements and a software that evaluates their performances. The riders will be called to achieve, in 30, 60 or 90 minute race sessions, more kilometers, more variations in height and more distance from a starting point. Therefore there are no more pre-established routes but total freedom of their choices. An innovation in contrast with the classic regattas that use buoys to define the competition area.

The mountainous areas are by nature subject to greater variations in wind direction and intensity due to the change of altitude. Within a few meters riders can have good wind conditions but also none at all. Therefore the skills of the best athletes consists not only in speed and courage but in the ability to correctly interpret these variations and by choosing paths with the best weather conditions.

Niccolò de Simone - organizer of the event - explains the rules: "Rules are simple: travel in a given period of time more kilometers, more variations in altitude and more overall perimeter coverage through the use of a GPS. These means maximum freedom of movement and the possibility to choose one's own path".

The motivations and objectives related to the organization of the SnowKite WorldCup in the Alto Sangro ski area - says Niccolò de Simone - is the desire to offer companies innovative formats related to emerging and spectacular disciplines but also the search to get out of the traditional sponsorship schemes to create an event with a race format which is appreciated by athletes, two essential elements for the success of the event. 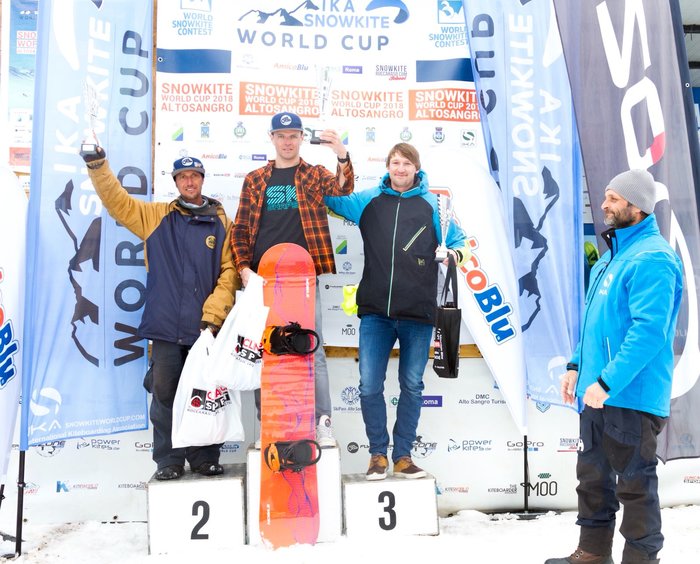 For the Mayor of Roccaraso, Francesco Di Donato, the SnowKite WorldCup "represents a further opportunity to measure our ability to host a sport event that will show our area worldwide. Moreover, it is a sport that is followed with great attention by young people who represent a market segment on which we are making the most important efforts in terms of tourism promotion".


More information can be found at www.snowkiteworldcup.com.
Top

Re: SnowKite WorldCup Alto Sangro comes to a close with perfect conditions for the Formula GPS format 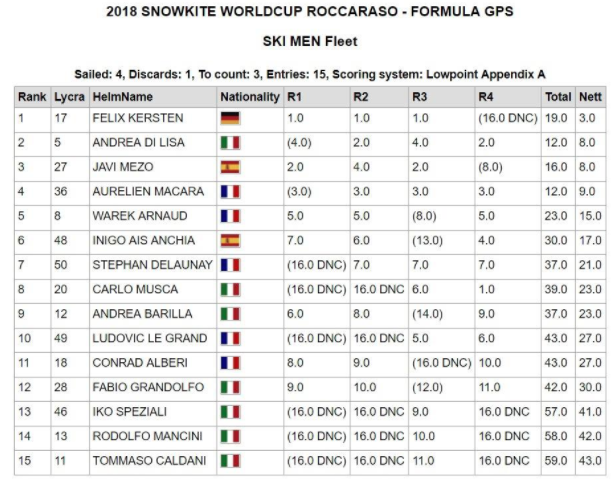 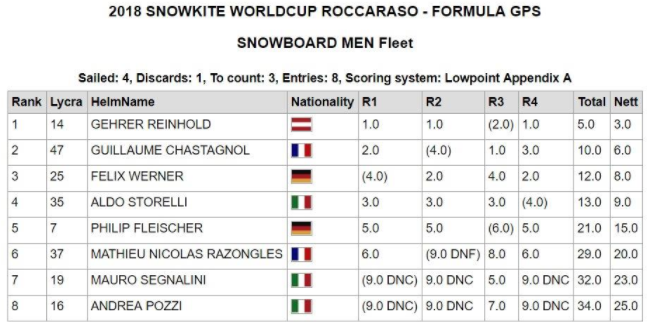 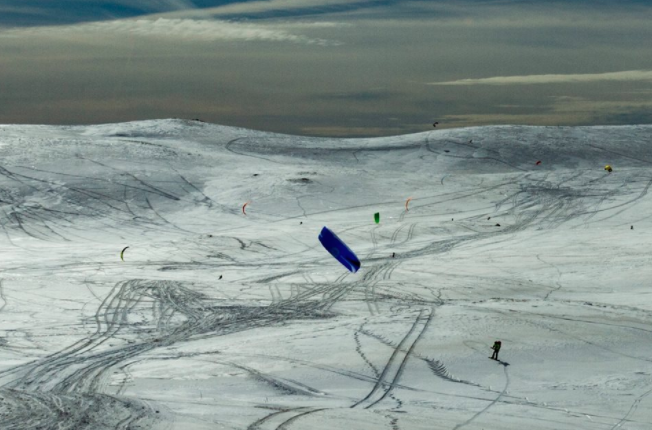 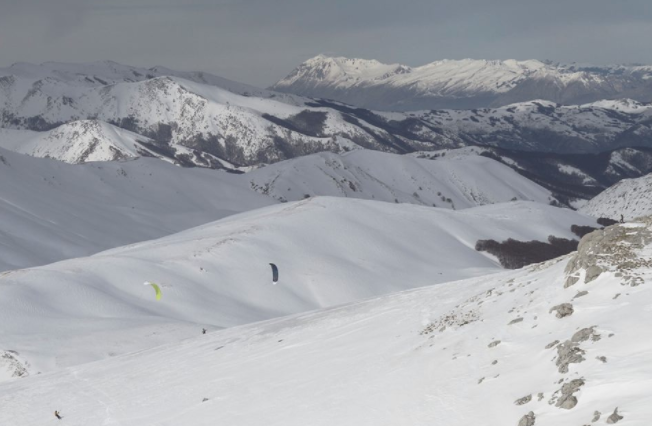 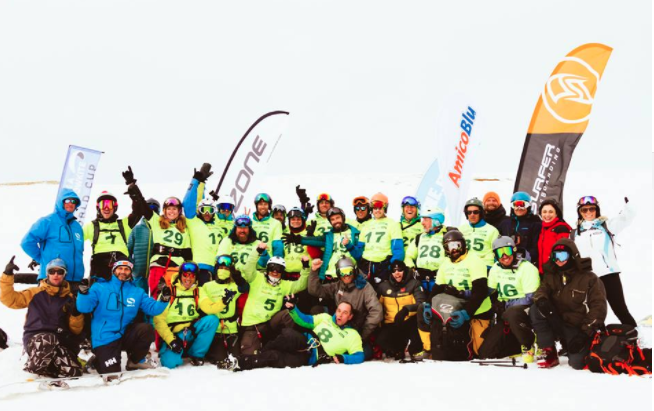