The victors of both the boys and girls titles at the TwinTip:Racing (TT:R) Slalom Youth World Champions sealed their wins with dominant performances that mirrored their progress through the enthralling event on China’s tropical Hainan Island.

The Dominican Republic’s Deuri Corniel was almost untouchable in the high-octane races, capturing the title with room to spare. He was so far ahead in the rankings, he was able to discard wins from earlier elimination round deciders.

If anything, Spain’s Nina Font Castells grabbed the girls’ title with a display that was even more consistent, taking four straight elimination deciders from the six that were squeezed into the three days of racing.

In landing their world titles, Corniel and Font Castells also earned their nations a coveted spot at the games in Buenos Aires in October when kiteboarding’s first Olympic medals will be awarded.

Three other slots each for boys and girls were also secured at the Youth Worlds. The boys’ places were won by China’s Haoran Zhang, Croatia’s Martin Dolenc, and France’s Benoit Gomez. But because each nation can take only one spot for boys and girls, the Dominican Republic’s Lorenzo Calcano had to be content with his third place on the podium behind Zhang.

In the complex calculus of YOG qualification, Italy and China’s podium finishes in Asia Bay take precedence over earlier victories at continental qualifiers in Dakhla, Morocco, and Pranburi, Thailand.

Italy and China now cede those places to Germany after Alina Kornelli posted a second in Dakhla, while Thailand will get a place at the YOG after Nichanan Rodthong took a third spot in Pranburi.

The joy and relief was evident in the cheers, smiles and hugs among the young athletes on the beach as racing was cut short on the fifth and final day of competition due to an impending thunderstorm.

But by then the strongest competitors among impressive fleet of 38 boys from 23 nations, and 24 girls from 14 countries, had already established themselves in the scores of intensely-quick slalom races over five downwind legs.

The format, using series production inflatable “tube” kites and production twin-tip boards, was specially designed for the Youth Olympics because of its accessibility for young athletes as the equipment is common to that used by most kiteboarders.

Yet with jumps and heart-stopping mark roundings, the action in the boardercross-style kiteboarding is intense with the drama of crashes and tangles never far away.

Freestyle star Corniel proved that he had the speed and the mental toughness necessary as the pressure of the competition mounted and the lure of an Olympics’ place drew ever closer.

“I’m really happy,” he said. “We’ve been training for months and came prepared. For me both things are the same. It’s important to represent the Dominican Republic, but it’s fantastic I’m World Champion too.”

Font Castells was similarly buoyant about her emphatic victory. “It feels great. With the Olympics, it’s the first time our sport’s been in the games, so it’s amazing to be going there. But the world title is really cool as well, so I’m really happy.”

Tomasoni was among the first to congratulate her old friend Font Castells even though it cost the Italian her world crown, lost in her opening days’ uneven performances.

“I actually feel good right now,” said Tomasoni. “I had some issues in the first day’s races, but I managed to bring my focus back and change my attitude, so I’m happy I could do that. Now it’s amazing to be going to the Youth Olympics too.”

Youth Worlds host China had already secured one YOG slot through Jingle Chen, but coach Zhai Dahui was delighted to bag a second for Haoran Zhang after he just missed out at the qualifiers in Thailand.

“After we came back from Thailand we didn’t have a lot of time to train,” said Dahui. “But Zhang has done really well, especially as he was up against the fastest riders in the world. He had to beat all of them. So we are delighted to make it to a second YOG spot.” 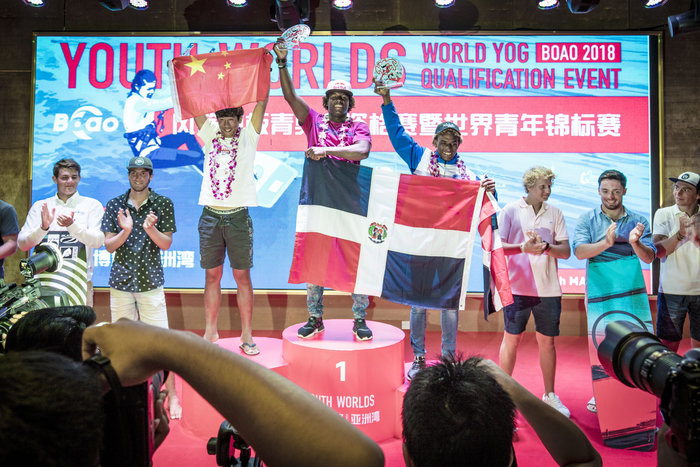 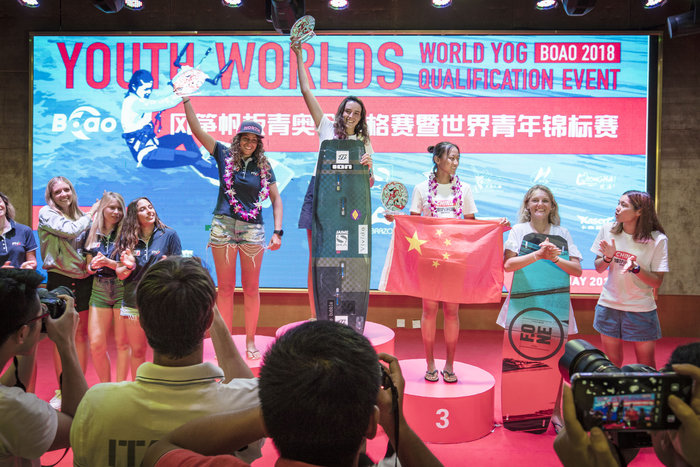