A new monster of 2100cm is revealed.. Discuss it here.

Will it be too big for a kite or an ultimate low-wind machine? 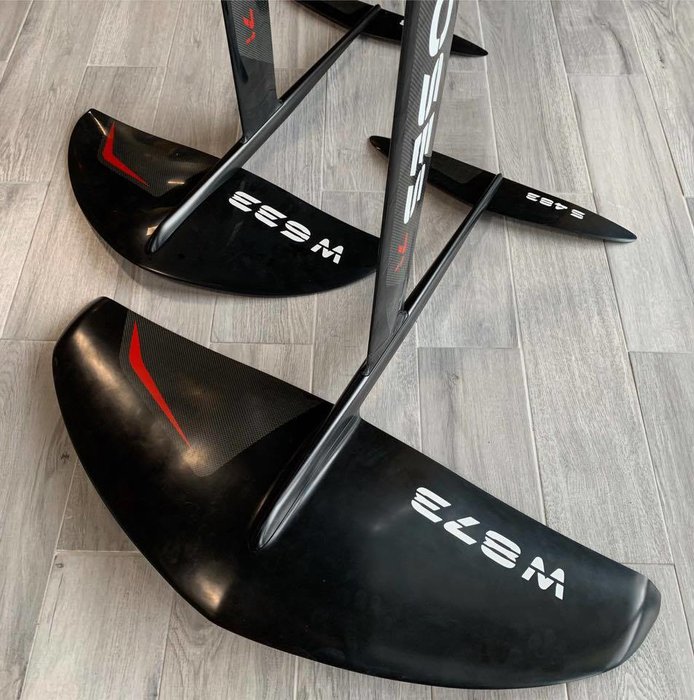 so i already ordered mine. I had the 633 on order, but then cancelled it and am getting this one.

I hope it is not too large? I would love to round the edges on this so its not so dangerous.
Top

skideeppow- I think you have too many fat skis! Aren't these 2000 cm wings for downwind surfing and SUPing? I'm sure they would work for kiting but man that seems excessive....
Top

From my experience - Go Foil:

The latest generation of really stable kite wings seem to be around 800-1200cm2. A 1200cm2 wing pops up ridiculously quickly , personally I wouldn't want anything bigger !! ( 82kg).

But I am sure that someone will say they have kited their Maliko 280 so the above is just what I have experienced myself - I wouldn't go running to the manufacturer if you blow out the mast / fuse or mast/ board connection by trying to kite a big SUP wing though.....
Top

Just a thought...
Wouldn't it 'work' if you like a very slow ride and pick a kite several sizes smaller than you normally would?
Top

What is the point if you have to ride with the handbrake on?
Top


But this is what we do with our 1200 cm2 Surf wings now Peert, pick two sizes smaller kites

So for average weights it seems too big with 2100 cm2, but for 140 kg riders it is spot on as a wing for surf and small kites.
But I see a problem here though, as waterstarting with small kites if that heavy, would not be possible...

On the other hand, maybe the idea is they can not outrun the wave because of drag, so a lot easier to make turns on waves even with a bit bigger kite, without accelerating too much - so if they turn well it might work?
Could be a bit sceptical though, about if the can turn fast

But okay, was also sceptical about the 1200 ones, and they turn really narrow because of low AR and going slower

Will be interesting to see...

I go back and fourth now between the 800 and 1200 cm2 depending on what I want, as sometimes the 800 is way more fun, other times just opposite - but that is another thread somewhere in here.

on 633, if i can get pulled out of water by kite looping, i can get up onto foil. seems to be perfect balance of minimum power needed to water start vs minimum power to foil. In overpowered conditions i can more easily control my speed and direction. In rougher water the same and can enjoy riding the swell or wind chop. In weedy conditions the foil has so much lift i can ride with weed on the wing and mast.

When i got the 590- i knew immediately it was better than 550 for me, but that there was still room for bigger wing.
In light wind, on 590 i could get up onto board sometimes but board would bog and have trouble getting up onto foil.

What would be more interesting would be for 633 a shorter fuselage, other stabilizers to tweek the 633 performance.

lastly, having a hydrofoil like Moses 633, a Sonic 2 13m for light days ( 5% of my riding), 9m hyperlink for 90% of my days, has allowed me to have over 80 hydrofoil sessions this year so far. That´s a record by 20 sessions, and frankly, dont have more time sessions. So dont know when i would do hydrofoil pumping....

still, am interested to hear how it works !
Top

I am tempted to try the new 873 front wing, I really love the 633 now, coming from 550 and 558. The 633 works for me in about 15 to 16kts with my 6m Neo and anything below I use my Soul 10. What could be nice about the 873 is the fact that it could be easier to stay on the swell. The 633 is still relatively fast when pushing down on the wave. I live in Barbados and our waves are mostly slow so it is easy to outrun them...
TomW: Why do you want a shorter fuselage for the 633? Try the 330 stabilizer, it makes the foil much more sensitive on front and back foot pressure. The foil looses a bit of its responsiveness for tight turns which I prefer with the original stabilizer... But give it a shot with the 330 stabilizer, it works quite well...