Flysurfer, bring back the Psycho 4

Flysurfer, bring back the Psycho 4

For my last couple hydrofoiling sessions down in Miami, the winds were higher so I got to brush off the dust on my Psycho 4 6m and to take it out for a spin. I'm happy to report that I had a fantastic time with it. I ended up getting the very last one sold by Flysurfer, and with it's short bridal, great turning speed, and fantastic drift, I think it does a damn good job with a hydrofoil. This got me thinking, if Flysurfer were to just update it a little like use their new fabric, ditch the jet flaps and zipper, and tweak the bridal with new materials, I think they would have a winner. I know they made a 4m for a select few and I would jump on one in an instant. Anyone else use they pyscho or older foils for hydrofoiling? Yea it has the typical old foil issues like the zipper being frozen, folding wing tips due to bridal shrink, and a smaller wind range but I'm now convinced it's worth putting some time in it to retune and it's not my high wind kite of choice.

Light cloth, a Velcro butthole, and leading edge twigs are a welcome advancement.

FWIW I strongly prefer the double braid bridles for improved durability to abrasion and resistance to tangling.
Top

I used exclusively psycho 4 for many years strapless riding in waves. I had 4/6/8 and 10 DL and I used to travel with only 6 and 10 DL to keep it light (Brazil, Australia, US, Mauritius, Europe, ...). I really loved these kites for wave riding. They worked very well in waves and handle strong winds quite efficiently (and for solo launching and landing where I traveled, they were quite good). Here are a few examples below (I was lucky enough to be able to work in nice locations along these years!): 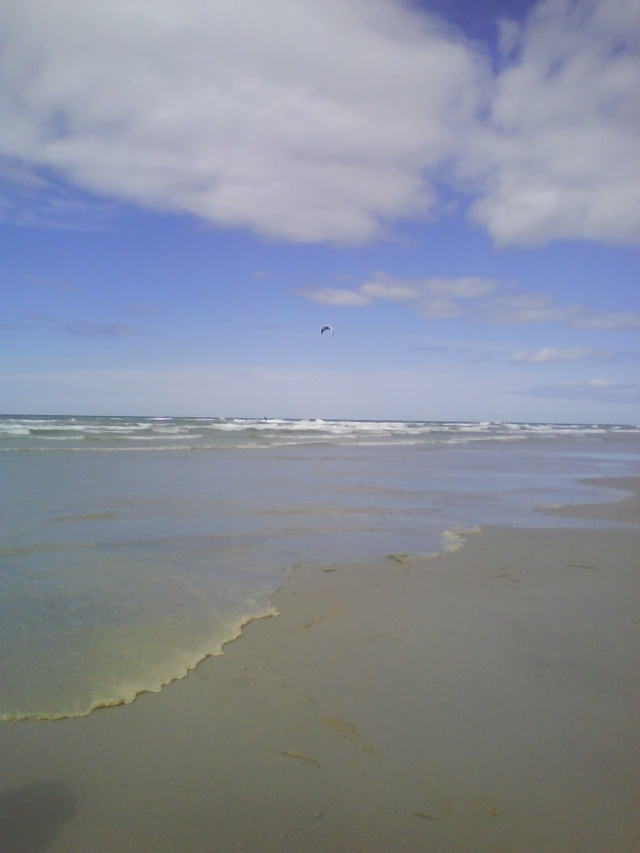 They convinced me that foils in waves are a real option provided that they are properly designed for it (and not some beginner kite that "works" in waves) and I was sad when I understood that FS were going to abandon this route.

This said, nowadays, no foil beats this for strapless riding in waves (Photos are from Punta del Diablo, Uruguay, on two different days): The CA Waves are a huge step up with respect to the psycho 4! So if you are not too addicted to FS (which I understand given the involvement of Armin and the quality of their kites), I would recommend you to drop a line to Benoît and get a 4.5 or a 6.5 or a 8.5 (with a good lift front wing on your foil). You will understand why I am saying this (this is a several years design. The first protos were done in 2012 but Benoît has been playing around with this design for more than 20 years now ... a bit like Armin with his speeds and HR followers at FS). I am pretty sure that they could change the way you ride in waves, in particular if you are into hydrofoiling. I have been travelling with a 4.5/8.5 combo in Argentina/Uruguay this year and they replace my now old psycho 4 6/10DL combo that I still have in my garage for friends.

Stef,
You and I are 100% the same. I am not so into hydrofoil (I do it but not my passion). I am 100% surf with normal surfboards. I surfed since 1976. Windsurfed wave ridding since 1992. Kited since 2000. Ridden every type of LEI. Peter Lynn's, then Flysurfer for the drift. I have old pulse 2's, psycho 4's and a couple of the small speed 4's.
I hear you loud and clear that I need to go to Benoit's Wave. Look for a PM in the near future for disscusion!
Top

I guess a lot of people like me are waiting for the speed6 or sonic3 ?

I got the speed4 12m and I guess I should replace it with the soul 12m which seems to be an excellent kite,
but I'm really reluctant going down in AR and weight (my lotus is actually lighter than the soul 12m and then it comes to foiling in light wind makes a lot of difference)

But yeah why not renew the psycho brand. It was the predecessor to the speed series right?

Man you all forget the Psycho3's.. loved them. Should not have sold them.. al least not the 6m.. (the P4 had too much tip folding for my taste)
StefFZ that P4 4m looks like a P3..
Now thinking of a Soul 6m again.. Flyfish did you try it?
Top

Last winter I had a session with 6m P3. My friend has had it from the beginning and it is in very good shape, used only in snowkiting by a light weight kiter. It was fun to see old kite like a new, all white parts of the fabric were still bright white and it felt crispy. I was looking forward to test it because I had some good memories with it for over a decade ago. I haven't had Psychos for years.

I must say kite wasn't great, it was too slow. It was a disappointment because picture of it in my mind was so different. I'm not saying it was bad compared to most foil kites but compared to a LEI it sucked. Difference was so big it wasn't even close and also my friend (never used LEI's, but he had my kite on that session) fully agreed and he said he should have a small LEI.

I used 10m P4 a lot and had great time with it. I did quite long trips with it (over 100km) and it was nice boosting kite. Wingtip behavior depowered was weird, but it didn't cause problems. Bar feel (depowered) was bad (nonexistent) but you got used to it. Bridle and mixer needed usual care after some time but nothing special there. Bridles were too long though.

Then I updated to Speeds, still having couple of them somewhere in my warehouse

For last snow kite season I tuned a Speed4 dlx and managed to fix wingtip problem but it still became good enough to have much value for use. However it is usable kite for making longer trips because of foil kite reliability and no pumping.

I can't see FS bringing back Psycho4 because they have a Soul now which I believe is better kite in every respect.
Top

Don’t wait fora Sonic 3 or a Speed 6, try the Soul. I have owned every FS kite for the past 15 years. The Soul is the best kite for every rider with the exception of racers and dedicated wave riding.

I think it is the best kite I have ever flown and I have flown hundreds of kites over the past 19 years.

I often wonder if the Soul has killed the Speed line? I guess FS could take the best aspects of the Soul, make it a higher AR and call it a Speed 6. That would be a kite worth looking at, because the Soul is equal to or better than the Speed 5 in just about every aspect.
Top

Sad a few simple changes to the psycho 4 like no 5th, better or no zip and no holes in the wing and you would have a kite quite relevant today. Even without that the psycho 4 is still a very advanced kite. I think the speed4 got overly ambitious trying to update the psycho 4 to 3 bridle rows. Not to mention the model confusion naming the psycho a speed. Would be great to see the concept of a high PA change kite continue, the flight qualities have remarkable benefits. The quirks would be great to iron out but are tolerable given the benefits. I think the main negative is too much AoA increase with the PA increase. This causes loss of low end. I can think of a way to solve it but not without complication and other negatives.
Top
Post Reply
21 posts