I am going to be in China in May and thinking of heading to Hainan Island for a few days kitesurfing. Not sure that May is the ideal time of the year to be there but gotta work within the itinerary I have.

So far, I have had no zero success finding any outfits on Hainan island that offer kitesurfing/kiteboarding rentals and/or lessons. The http://kitesurfchina.com web site looks perfect but they have not responded to any of my emails/calls (or even QQ requests !). What's up with that ?

So, I am seeking advice from fellow kiteforum members. If anyone can point me at a local Hainan Island kitesurfing outfit that would be great.

Hi, Did you also know you can kite close to hong Kong?
Hong Kong kiting- Shui Hau Wan
Catch the train to Tung Chung from HK, about 20 mins from Tsim Sha Tsui then get bus 11 for about 20 mins (goes up over the mountain). Was a 20 min Queue at Tung Chun for the bus. Oyster card use is OK. They arrive every 15 mins. Sit on the left and close to the front of the bus so you can get off easily. The bus will go over the range and once the bus gets to the bottom of the hill and you can see the bay the bus will turn right. Get off the bus in about 5 mins and look for either the kites on the bay or get off straight after you see the soccer field on the left. Press the red button on the overhead rail or handle on the seat. Once off, walk behind the soccer field and you will see the two kiting camps. I am sure you can hire gear here if you ask around. Just be careful as the bay is full of oysters on low tide.
When I was heading back to HK I got a cab to Silvermine Bay, about 10 mins away, then caught a fast ferry back to HK. Got off at HK. So I guess you can get there either way you choose to. 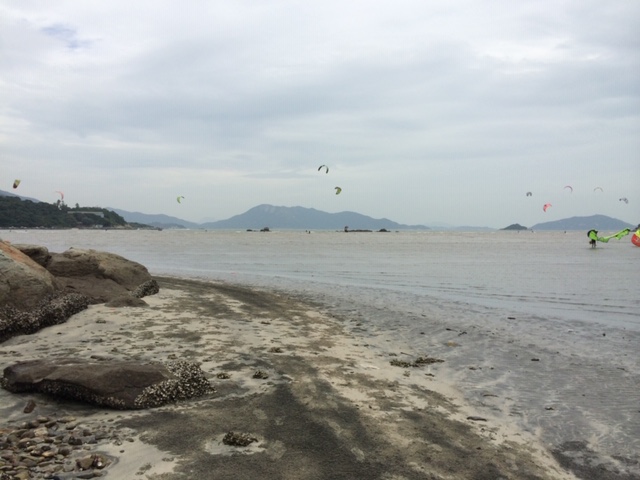 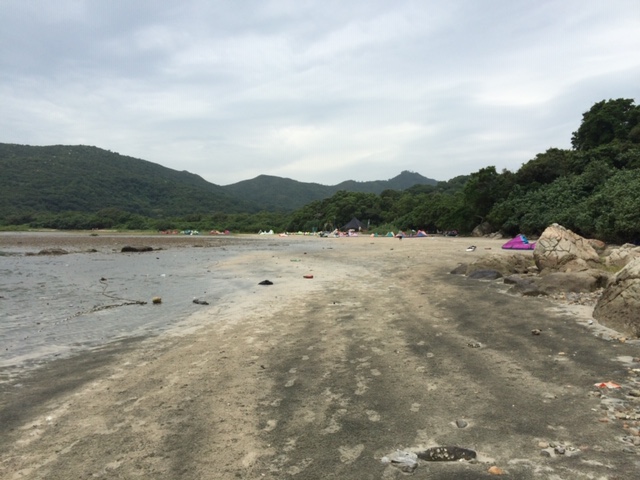 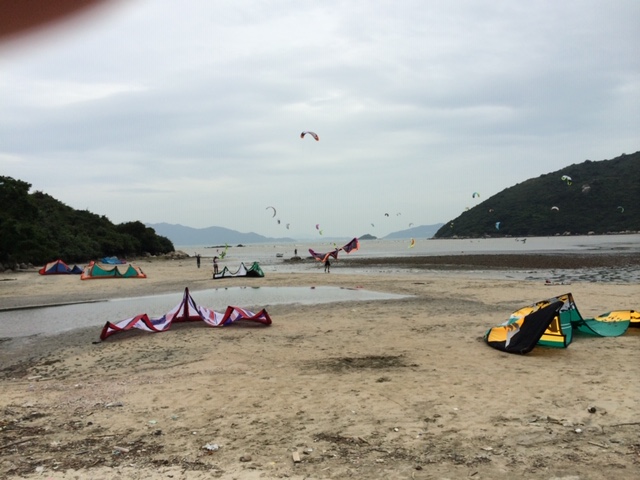 Thanks for taking the time to write such a detailed and helpful reply. I will keep it in mind for plan B, or maybe for a different trip. For this trip however, I kinda have my mind set on Hainan Island, primarily as a destination (because I have never been there before) but with the possibility of some kitesurfing thrown in as a bonus (or as an excuse to go).

Also, I will be traveling on a single entry tourist visa. I am not sure if, for visa purposes, a side trip to Hong Kong would count as leaving China. This is because, as I understand it, those people lucky enough to be able to obtain multi-entry Chinese tourist visas can apparently make a quick trip across the 'border' to Hong Kong and back to satisfy the time limit for each entry on their visas. That would require a little bit of research.
Top

I would definitely do Hainen, but keep HK in mind when you are there.
Top

Well, to answer my own question: I gave up on kitesurfchina.com. Never did get a response from them. No idea if they are still a going concern or not. So, I went for plan B - I just showed up in Bo'ao (supposedly the prime kitesurfing spot on Hainan Island) and hoped for the best.

I walked to the beach and saw some kites way off in the distance. About 20 minutes walking in the blistering heat bought me to the first spot. Maybe about half a dozen locals out kiting. Seemed reasonably windy but my heart sank a bit when I saw people mainly riding foils. But there were a few TTs and SBs and therefore hope. On that section of the beach, they all told me more or less the same story. Everyone had their own gear and that there were no places to rent or take lessons. Thank goodness for translation APPs since all but one kiter was Chinese and their English was about the level of my Chinese - almost non-existent. The one exception was a Russian with good English but he too was adamant that there were no schools or rentals. Not enough patronage to make a school viable he said.

Undeterred, I kept walking up the beach for about another 20 minutes (it is a big beach !) to the second set of kites. Jackpot

. I found a small school located right on the beach that I could rent from (and sell me a pair of board shorts because I didn't bring any gear with me because I am travelling as light as possible).

. Kitesurfed in China. How many other people can say that ?

I had a great session. They had a compressor a with hose running down to the beach. Kites were all pumped up and rigged by the staff and ready to go right off the beach. Water was warm, no wetsuit required. It was strange to see most of the locals wearing full wetsuits and face masks like ski masks. But, I think that this was more for sun protection than for warmth. The surf was small which suited me just fine under the circumstances. Wind strength - 12 m was a bit big. 9 m was a bit small and I am a real light weight, under 60 kg. Don't know what other days would be like but I get the impression it is not a high wind spot, at least at this time of the year.