1/2 for me yesterday. My first successful relaunch. I think I’m about 1/6 overall.
Top

How are you finding the peak 4 compared to the peak 3?
I was going to get a peak4 8m for foiling in sub 10 knots, and wondering if I should just get an 11m.
Top

How are you finding the peak 4 compared to the peak 3?
I was going to get a peak4 8m for foiling in sub 10 knots, and wondering if I should just get an 11m.

I felt that the Peak3 12m has a little more grunt at the lowest end in comparison to the Peak4 11m. When the kite is dead in front of me, in the power zone,it pulls just a wee bit harder. BUT the Peak4 11m is a little faster, so it comes up faster from that low. Peak4 drifts much better and doesn't seem to collapse as much as the Peak3 12m. It felt like the AR of the kite's a little smaller now and whatever they added internally keeps the shape better when the front lines lose tension. The wind range is still pretty small and after about 13mph the Peak4 11m gets overpowering on the big SUP wing. It turns a little tighter but it's not a wave kite by any means. I like it but since I only use it for super light wind days, it's basically just something to get me out on the water and ride. I was thinking of trying the 8m and/or the 5m as well. The kite is very stable, so as long as you dont drop it, those sizes might work very well after the 11m gets ovepowering. I think the upwind is similar, but I can't say for certain. I don't really think about it unless I can't get back upwind. Usually that happens on the foil when the wind is around 6mph and I'm pumping the foil just to stay up.
Top

Brand Affiliation: None
Has thanked: 8 times
Been thanked: 13 times

I've dropped a peak once (with 30+ peak sessions), when the wind completely died. I had to roll it up, and it started sinking a bit. They don't float very well, and if you pull the lines as you roll the lines up it can cause the kite to 'fly' a bit underwater. If it's sitting on it's back, I'd suggest pulling the front lines through the bar 30cm before rolling up the lines, so it doesn't go backwards down into the water.

They are a magic kite at staying in the air, once you get used to the light bar feel.

However, I wouldn't recommend them to someone who tends to steer their kite into the water when they crash. I keep one hand on the bar when I crash, and remain aware of where the kite is. This way I keep the kite high. Even if you have a relaunchable kite, crashing it into the water is a dangerous habit because the foil can go through your lines much easier.

I know someone who has tried relaunching their peaks a lot, and they've ended up unable to relaunch maybe half the time where there's reasonable wind. In light wind, it will go flat on the water and you'll have no chance. In stronger wind, you'll need good technique to relaunch without stalling it, and you're probably only going to get one attempt.

Definitely worth wearing a life jacket and having a plan how to swim your board to shore, if you're using a peak on water.

Not a kite for beginners on the water. But fabulous to fly for experienced pilots, and very easy to keep in the air if you don't steer it into the water. They're a pleasure to launch and land, and the drift is light years ahead of the Drifter.
Last edited by jatem on Wed May 29, 2019 11:03 pm, edited 2 times in total.
Top

I wonder if on water stuffing it in a bag would be a lot easier than rolling?
Top

Brand Affiliation: None
Has thanked: 8 times
Been thanked: 13 times

You could definitely just stuff it into a bag. I rolled it around the bar while sitting on my board. I'm going to make a lightweight bag with shoulder straps, and leave it in my life jacket pocket.
Top

Just ordered my 5m P4, will report back once I get it in the water!
Top

Bad news:
Till now I hadn't the chance to practice more full swimming drift launch to find the perfect setup and I also had another drop without relaunch...

The good news,
this hasn't stopped me to have an awesome session in a samll bay I am sure nobody has ever kited before ...

As the coast in this area has nearly no usable beaches, but more often knife sharp rocks, sea urchins, tangle bushes, ...

I just droped out of an anchored sailing boot and drift launched inbetween those stuff and an incoming sailboat ... to make it a bit more interesting.

But the manouver was always full under control even prepared for the other sailboat to do something stupid... As I maybe described before I had winded up the bar with the depower pulled out by about 25 cm, so kite just very slightly oversheeted. Everything went pretty easy as the no existing waves were, but the wind which was coming down from a 50 m high hill 400 m upwind was not so easy.

But this doesn't affected drift launch and riding the 5 m Peak4. I think riding with my normaly favored sonic2 or any other race kite would have been nearly impossible in this gusty hole. Especially as I was riding on my 200 m short tacks around other anchored sailboats with > 20 m masts.

Just one inattentive large jibe around our sailboat went wrong and as the peak is: black or white, it colapsed completely when in an additonal turbulance the lines gone slack. Even here with one side tangled downn but the other side open I think it would have been still possible to relaunch, but rocks and our sailboat have been close so I decided to end the very nice session heading for dinner, which was also ready.

Hope to get some possiblities in the future to check drift launch with waves. Have done this with my sonic2 in very low wind which worked also but if you also have to go back on board of a boat as there is no coast, a peak is very compfortable. 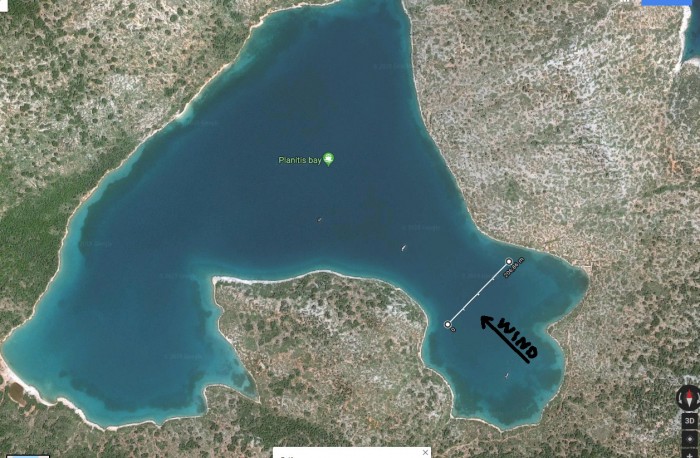 During session wind was South East, on next picture from West showing the hill from where the wind was coming before: 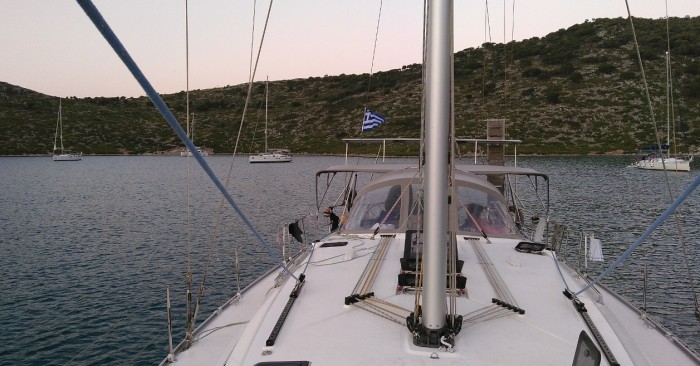 Maybe come back with a video of the small session and drift launch, don't know how much others have filmed.
Top

Looking to pick up a 8m peak for sub 10kts foiling. Is this realistic? I’m just looking for something for when my Soul 8m can’t get me up anymore. Moses 633 on pocketboard, 75kgs.

Most likely will do a Peak8m/Soul6m travel quiver as well.
Top

Bigger peaks add just a small amount of low end to the 5 for hydrofoiling. Mostly they add more pull near that low end limit. Waterstart below 10 knots even with 11 will be very limiting because there is not a huge pull as you loop the kite through the window. Very difficult to get enough pull to get out of the water. Maybe if you put the foil on a SUP you could get the speed to get up on foil?

I think I am an outlier in that I enjoy the big Peaks as most people aren't getting along with them. 5 seems to be the most loved size.
Top
Post Reply
610 posts