Just received my brand new 2012 North LTD race board and was stoked to get it on the water that i didn't notice the crooked fin box until after noticing that my port side down wind runs were nearly impossible to stay on the board.. After closer examination i took the board to my local shaper friend who measured from center line of board to fin boxes and one box is more than 2mm out from the front to back of the box!! After marking up the board with precise measurement the shaper also noticed that the nose of the board was not symmetrical and one rail was sanded much sharper than the other. All being said i took some pictures and sent them to the USA distributor, who forwarded them on to North, and to my surprise they said that this was within tolerance for these board!! They forwarded me the email from Dirk Hanel who told them to deny the warranty claim as 2mm was within tolerance!! thats amazing! especially since the board is very difficult to ride on one side! Considering the price of these boards, that is unacceptable to me, i don't understand how they can make these boards in China, and then not stand behind basic Q/C defects...

I should have know better as i was told of some issues with prototype boards having bad fins boxes last summer in Hood River, but i never imagined this would happen. Several racers in my area have had issues with RRD race boards and RRD has very quickly replaced these boards... that are made in the same factory in China..

So i guess i have to hack into this board a rebuild the fin box so my $$ are not completely wasted!! 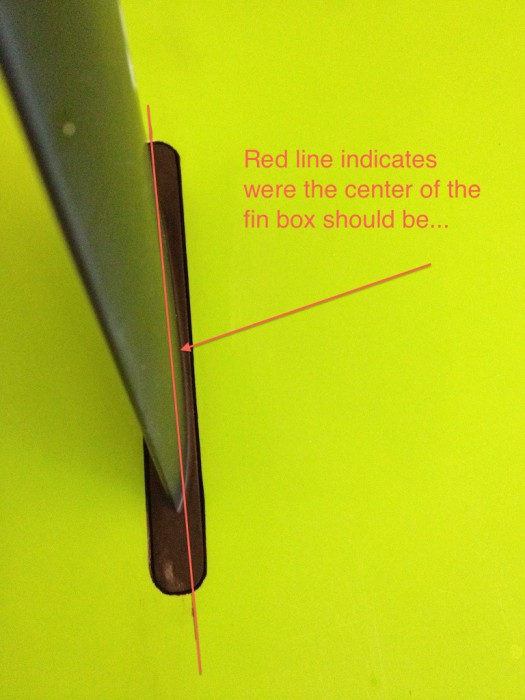 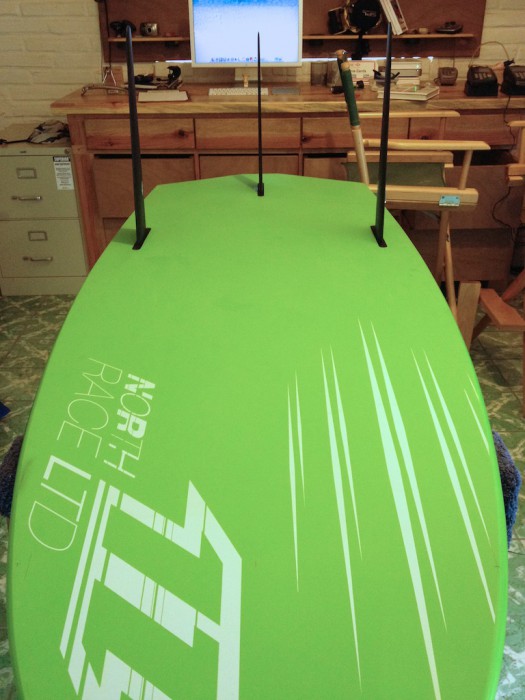 But wouldn't you have to measure the fin relative to the other fins and not as much to the center of the board?

Note I am not questioning or trying to argue with you. It is annoying when premium products aren't that...
Top

give Ristafins.com a shout.
they might be able to pot a back fin special to account for the offset on your board.
Top

Most North LTDs have the same problem. Maybe is it easier to customize the fins (base of the fin). We usually do that and it works ok

The RRD is now made in Cobra factory and the boards are completely different from the first batch. The quality is much better. We measured it and it has no tolerance, everything is almost 100%

. And design is great 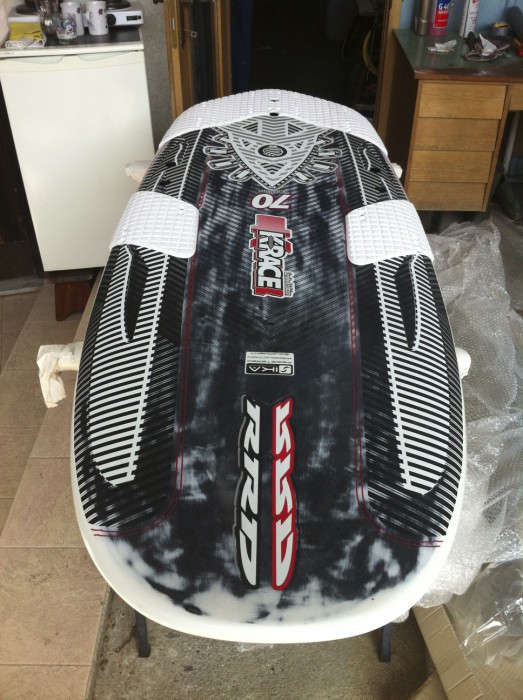 What is the serial number of your board? which fin is the misaligned one?
Top

It is a sad state of affairs when the factory cannot even align a box....wtf! If they cannot get it aligned over the length I wonder how bad the cant is and the overall construction. Pretty sad. So much for Olympic box rule etc

This has nothing to do with the box rule. This is the second 2012 North board with similar reported problem. Most likely bad or non-existent QA in production. I say "most likely bad QA" because if they say that 2mm misalignment of the fin boxes is within tolerance and they really mean it even inside the company, then QA might be passing boards as to be correct. However to me this would mean that their boards could be good only by accident rather by design. I mean the fin makers are sweating fine adjustments to foils, shapes, angles and surface finish to gain that extra edge and board maker says, 2mm more or less is perfectly OK (?)

Joke's on the customer, I guess.
Which means we better avoid current crop of North race boards as a plague.

BTW, I also have one, soooo

I did quick measurement and it looked OK, but will have to do more thorough check tonight.
Top

RRD seem to have solved the problem by switching to having the boards made at the Cobra factory - which has been making windsurf boards for many years.
Top

Hi Rick
Just out of interest did you get a board like this one too? how much was yours out and was it really that noticeable on all points of sail or only on one tack heading downwind? (i thought you had the standard North fins)

How much better are the Rista fins?
Top
Post Reply
22 posts