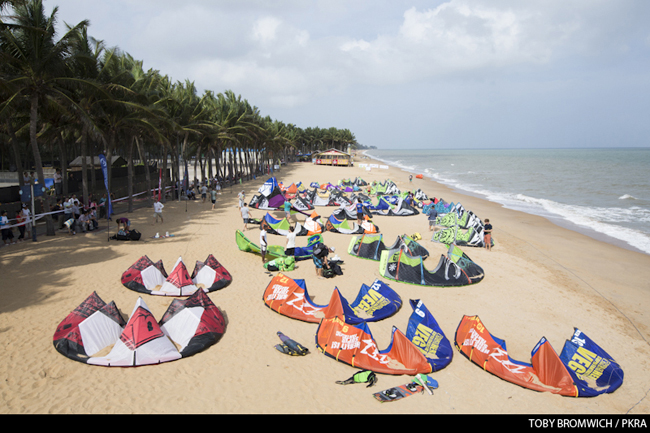 Living up to the full anticipation of a huge first day for the freestyle single eliminations, day three provided all the action packed excitement one could hope for and more. With the morning starting out at about 12-18 knots, riders pumped up their larger kites, with the hopes that they could go big and impress the discerning judge’s panel.

Some of the first heats saw the advancement of a number of PKRA veterans, such as Mario Rodwald (GER), Victor Hays (FRA), and Helena Brochocka (POL), while several riders from Kazakhstan later put forth their best efforts when up against heavy hitters like Kevin Langeree (NED) and Johnno Scholte (NED). A few local riders even went for the challenge of competing alongside Youri Zoon (NED) and Reno Romeu (BRA), but didn’t quite make the cut before the sound of the ending horn.

Throughout the day, every heat provided incredible action that enthralled and excited the beach goers and spectators, who rarely see such large-scale kiteboarding events in their home country. Karolina Winkowska (POL) and Gisela Pulido (ESP) put on an impressive show, exhibiting just how talented this group of women competitors really are. In this tense and high performance heat, Winkowska managed to land a Slim Chance, Blind Judge 3, and KGB, earning 27.5 points, while Pulido’s Sbend 3 and Slim Chance, in addition to other tricks, left her short by 5 points.

The men took the opportunity to heat things up in the afternoon. With each competitor realizing that this would be their second to last single elimination round of the year, they threw down hard in their calculated maneuvers and complicated tricks. Christophe Tack (BEL) did well in his heat against Zoon early on, as he stomped a nice Blind Judge 5; however, it was not quite enough to overtake Zoon’s trademark power and speed, which he best demonstrated with a Front Blind Mobe and Blind Judge 5.

As the end of the singles drew near, it became apparent that no competitor was about to give up without a fight. Winkowska and Bruna Kajiya (BRA) took part in one of the closest heats of the day as Kajiya landed a remarkable SBend 3 and an equally impressive KGB. Winkowska answered right back with many well executed tricks, such as a switch Sbend 3, scored at 7.17 points. In the last moments of this nail biting heat, Karolina lost the bar but then rode away clean, just seconds before the buzzer sounded, which garnered much attention from the spectators in suspense. This stand-out performance earned Karolina the win for the women in the single eliminations, and Kajiya not far behind in second.

In the men’s final, and not surprisingly so – Alex Pastor (ESP) and Youri Zoon (NED) rode exceptionally well. With possibly the best wind conditions of the day, both men threw down with full power and speed. While Alex impressed with a big Double Sbend 3 and a highly technical Shifty 5, Zoon seemed to take more chances and pulled off an explosive KGB, Front Mobe, and Blind Judge 5. These tricks from Zoon, respectively, earned high scores of 8.7, 7.43, and 9.93. In the end, this gave Zoon the advantage in this final heat with 52.69 points against Alex's 48.56.

And thus continues the high suspense action for this incredible Hainan Island PKRA tour stop, with major action, huge wins, and an end result that is yet to be decided - but will help determine the ultimate Freestyle World Champion of the 2012 season. 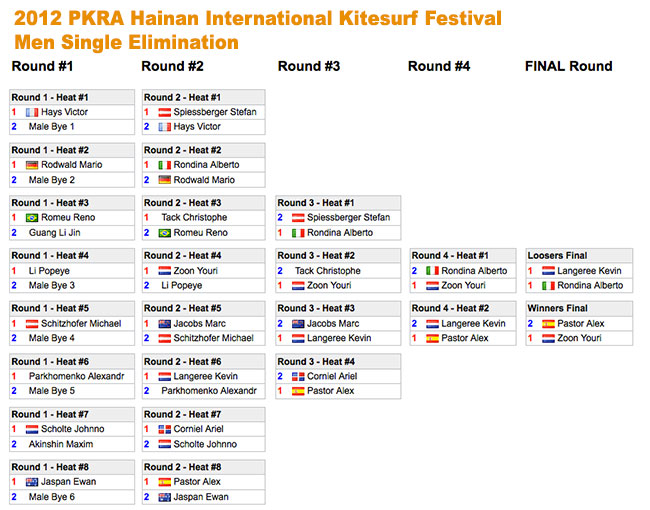 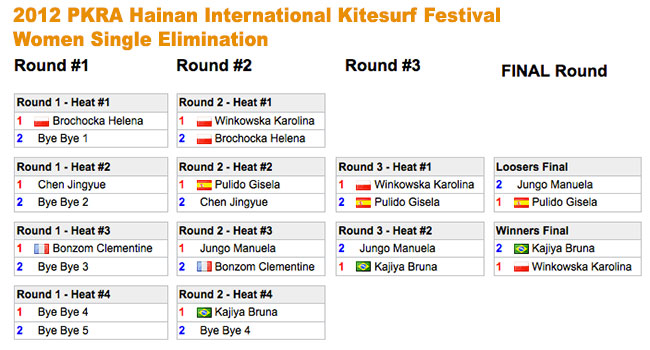 The water look pretty brown. China's only island state is proclaimed Hawaii of China. It's logo is a ripoff from Hawaii Visitor Bureau logo 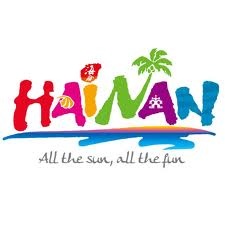 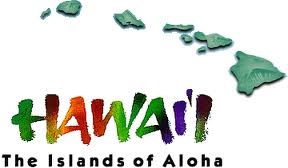