Has anybody been kiting the North Pro Surf and what do you think of this board. Would be interesting to know how this board performs as a normal surfboard?
Top

If you like a loose board that you can kick the fins free very easily, this is not the board for you. Personally, I like a board that I can lay out horizontal and trust in the board and the fins to hold and give me drive through the turns. I also like a snappy board that can make tight bottom and top turns, especially on bigger waves in lighter wind, so that I'm able to stay in the pocket and keep from outrunning the kite. This board exhibits both traits perfectly.

I was a Kontact guy last year because of how well it held up when laying into turns, but the Pro Series seems to hold up just as well, with the added bonus (for my style of riding) of being able to snap tighter-radiused turns. More advanced riders might say that the Kontact will hold up better when heading straight down-the-line in large surf, and I've heard that the 2013 Kontact is snappier than the 2012 (and don't get me wrong, I really did love the 2012 Kontact), but we had the Pro Series out at Lanes in head-and-a-half to double-overhead and it held up just fine. There were a couple times I got nervous skipping down a huge face, but I'm pretty sure that I would've been nervous on any board in that situation.

As far as surfing it... I lack the skills to get up on any similarly shaped 5'11" surfboard so I won't say anything for sure. I'm guessing that if you are light and/or skilled enough to pop up on the board it will surf very well. However, it is a fairly low-volume board. The Whip/X-Surf is specifically designed to have more volume through the center of the board to make it more accessible to paddling into waves.

As always, I highly recommend trying anything before buying it, but hopefully this helps to some extent. If you have any questions feel free to hit me back here. 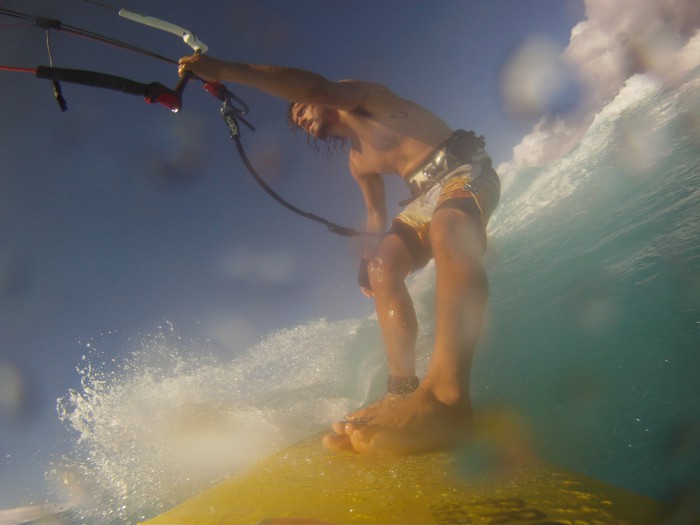 Howzit Dan. Thanks for all that info. Well the Pro Surf should arrive with in this week and it will be a second Xmass soon

. Have been riding the Kontact too and love the grip and put all my trust in it when it is time to play hard. Can not wait for our winter so i can play with this on one of the longest barelling lefts in the world. My kontact was made for this wave so am glad the boards have similar hold. Will keep you posted on my new ride and there are some pics on North Kiteboarding Namibia on this wave. Regards Bernt
Top