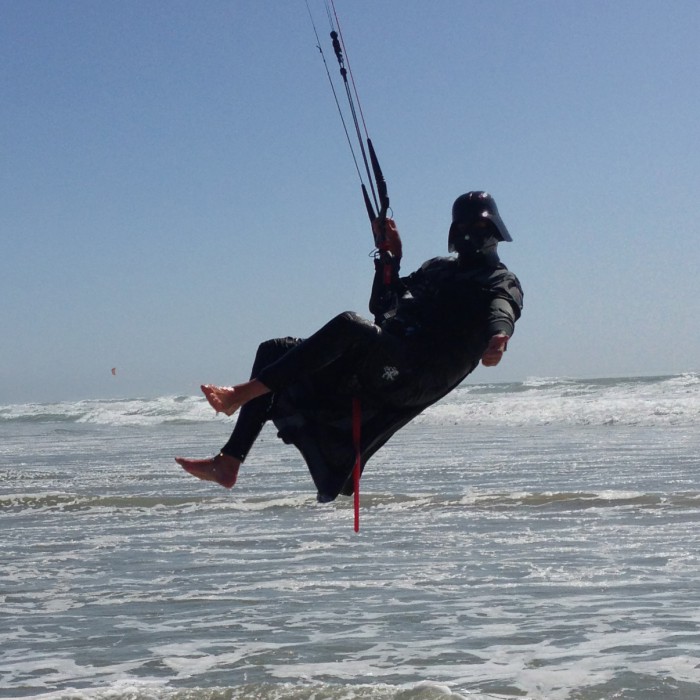 Pismo beach is so awesome. As so is Mr. Vader
Top

BWD wrote:Hmm, could be fake...

The Code of the Sith, known as Qotsisajak in Sith language, was the mantra that reinforced the core beliefs of the Sith Order. It was considered the dark side counterpart to the Jedi Code, and was first authored on the planet Korriban in 6,900 BBY by the Jedi heretic Sorzus Syn. The code remained remarkably unchanged through the millennia, as the Sith Lord Darth Bane still taught the words of Sorzus Syn when he began rebuilding the Sith Order around 1,000 BBY, after the Seventh Battle of Ruusan.
Contents


The Sith Code
Peace is a lie, there is only passion.
Through passion, I gain strength.
Through strength, I gain power.
Through power, I gain victory.
Through victory, my chains are broken.
The Force shall free me.


Seriously, if you can even imagine Darth barefoot your better off as a Trekkie
Top

wookiepedia or wikipedia?
Boots aren't in it, but that code may not be the only app the Sith be running ..
but show us Sith without boots, if there are any...
Top


Seriously, if you can even imagine Darth barefoot your better off as a Trekkie

I take serious offence to that. Not that there is anything wrong with being a trekkie....but I am no trekkie myself.

What do you mean barefoot? The man doesn't have feet.
You should know that DV has artificial limbs. How much is a "hotly" debated topic. I am kind of thinking that he does not want to be the odd man out and therefore has added 3D printed organic tissue on his feet...to seem more human than machine...but it is well known that he is not.

The way they repaired his burnt lungs makes him be in excruciating pain all the time (it is speculated that the emperor did this on purpose to make DV more angry and short tempered), and therefore his temper is...well...short. I think we saw too little of that in the video...so maybe it is fake, but not for the reasons you thought.

I retract any presumptions about your imagination!, but my point stands

No feet.... Ergo not barefoot.

The dude is ALL black all the time, come on man.... No pink bits! seriously, too much wookie hair in that last joint?

He rocked a pair of ronix cells last time we did planet of the apes.
Top
Post Reply
12 posts

Users browsing this forum: No registered users and 58 guests