RickI wrote:I received my 2013 Cabrinha Switchblade yesterday afternoon unexpectedly. I knew it was coming but assumed it would be a week or more away still. Coincidentally, I had been out with the same sized kite in a 2012 Switchblade the evening before in similar conditions. The winds were a few knots higher this evening than the prior night. The kites had been tuned the same, attaching the backlines to the outermost knot allowing for some close comparison. 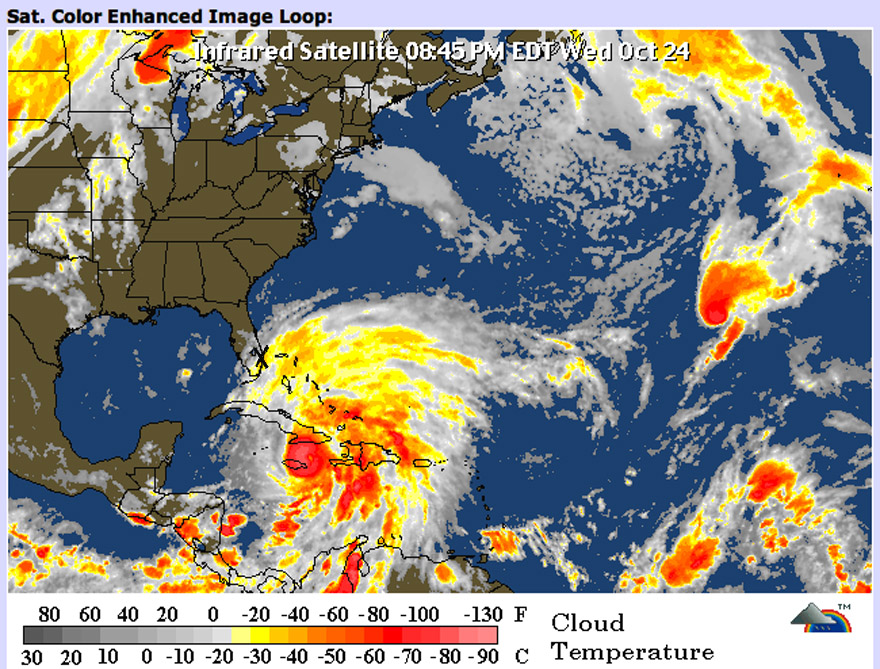 Hurricane Sandy formed and is moving over Jamaica and Cuba. Good luck to everyone who will be impacted by this storm.

Feeder bands are sweeping over Florida and the Bahamas to the north. There is a good wind gradient in my area of southeast Florida bringing NE to ENE winds on the order of 18 to 25 kts. averaging around 20 kts. There have been squalls but fortunately not in my area while I was out. 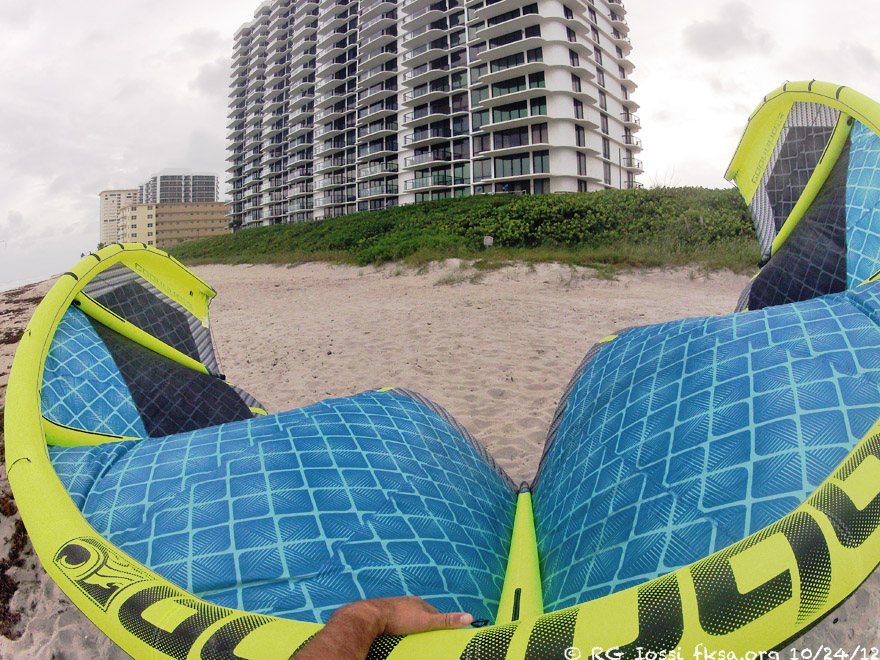 Here is the new kite with a lot of changes, improvements and nice graphics too. The shape of the kite has been altered moving further away from a "C shape" with a shallow wing section. They say the bar pressure is less with this kite, I will see for myself very soon. They have a large diameter inflator on the kite now making inflation at lot faster. The control bar is even less cluttered and more clean than the bar of 2012. They are using a different type of line this year, fairly stiff and well coated. The IDS is easier to rearm now as well. There are other changes checkout the Cabrinha website for more details at http://www.cabrinhakites.com/bow/switchblade.html 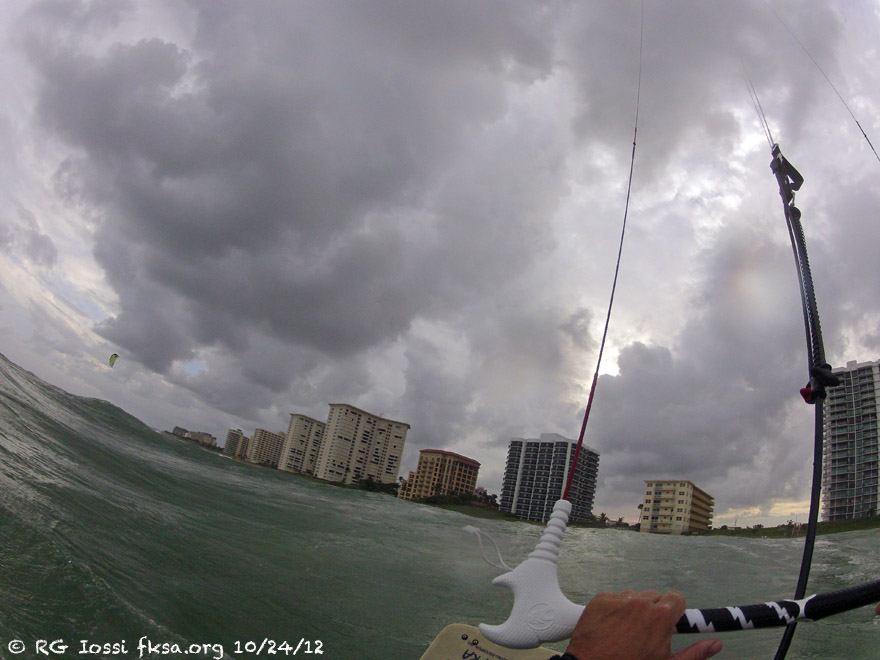 Heading out. The kite DOES have a much lighter bar pressure than the 2012 Switchblade. There is no doubt as I was on last year's model the day before but that isn't all. Still healing torn wrist tendons and legments after four years, this is a very welcome development for me. 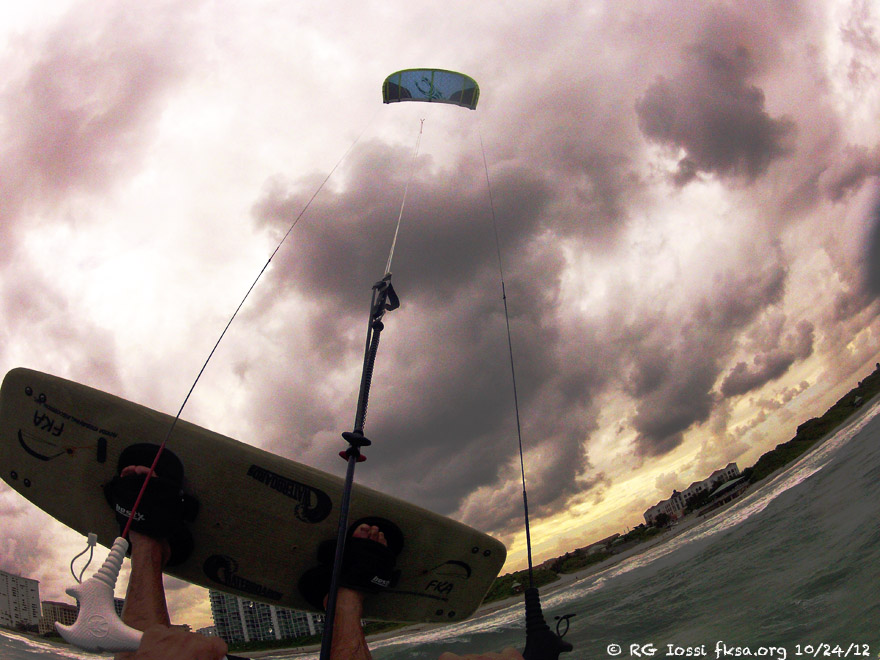 The kite fly's fast for its size, like a substantially smaller kite and turns even easier than last year's model. It really boosts too! Nice easy high jumps with good float. It takes less strength, responds faster and better. For a first session with a new kite things came together amazingly well. 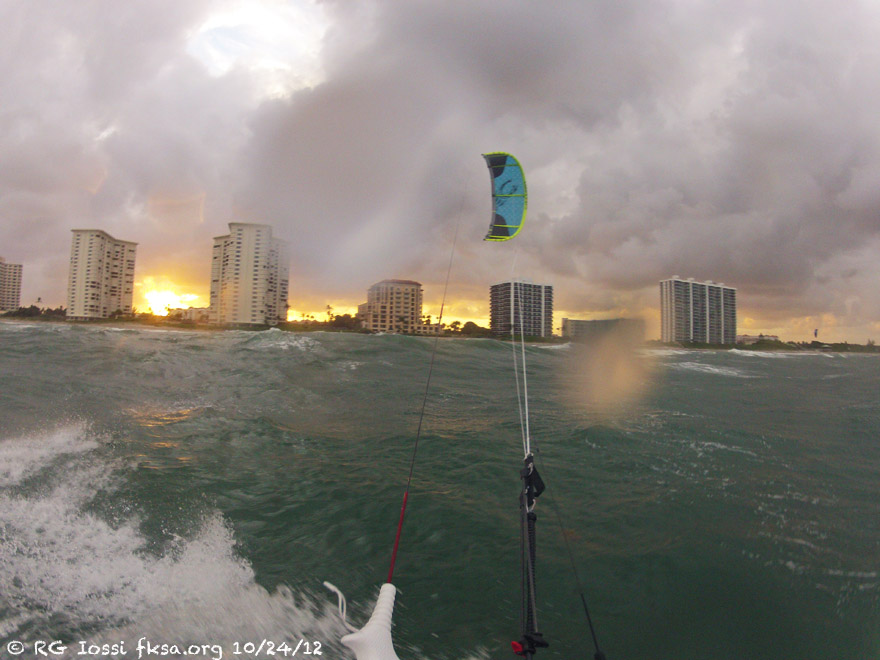 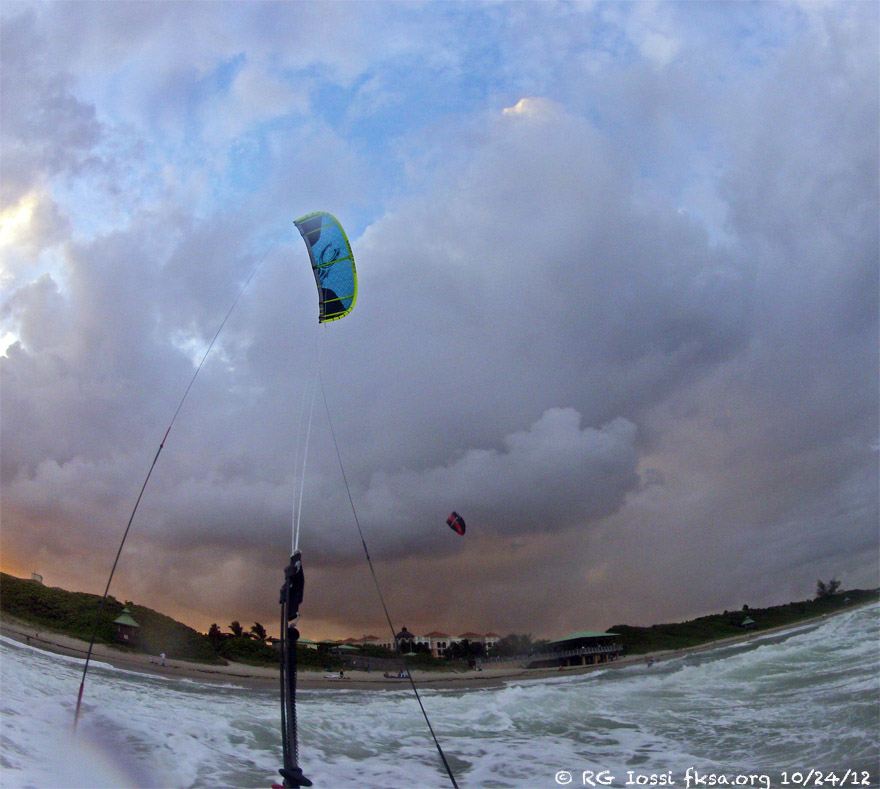 I also found the kite depowered easier with less delay too sheeting in and out. The trim adjustments have easier to grab knobs than the balls of previous years. 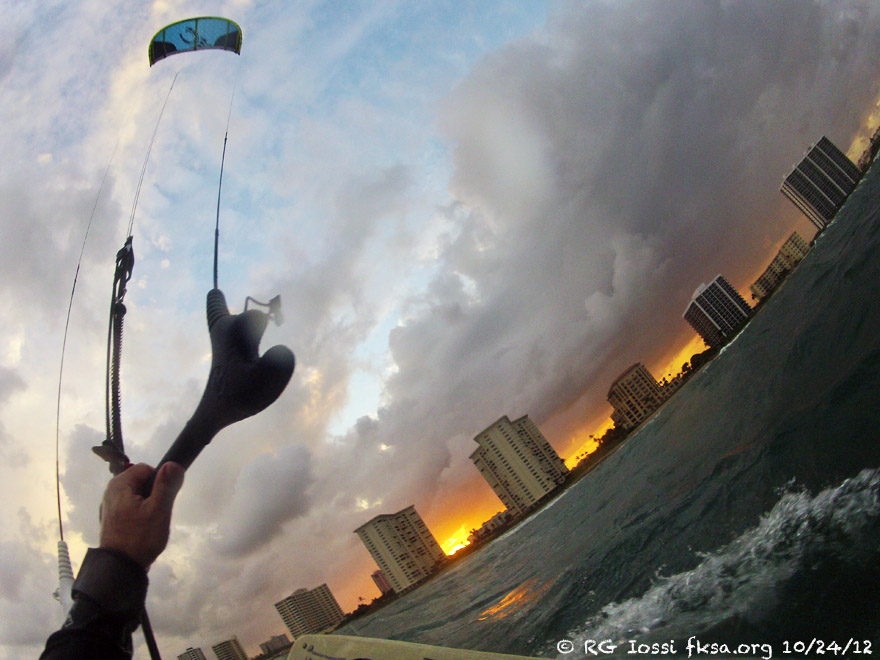 This was an amazing session, when everything comes together just so. It was far easier to fly and the jumps were a good deal higher with longer hang time than the night before and all with a light bar pressure. 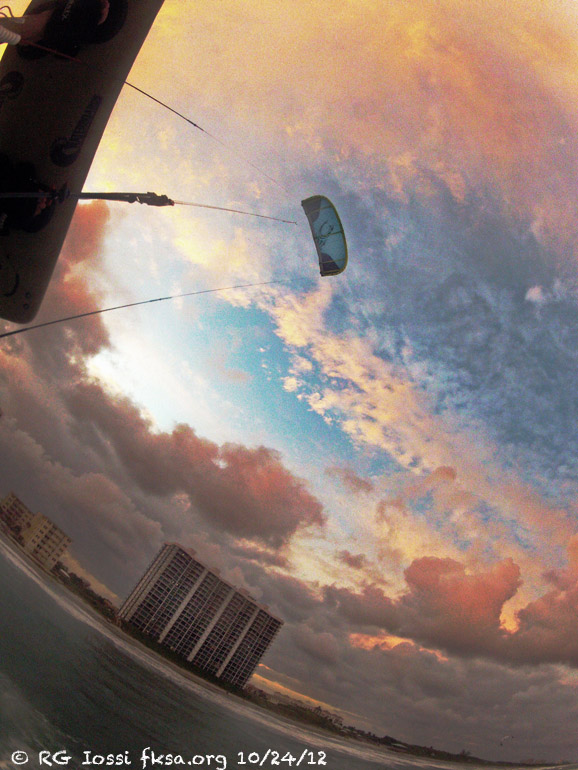 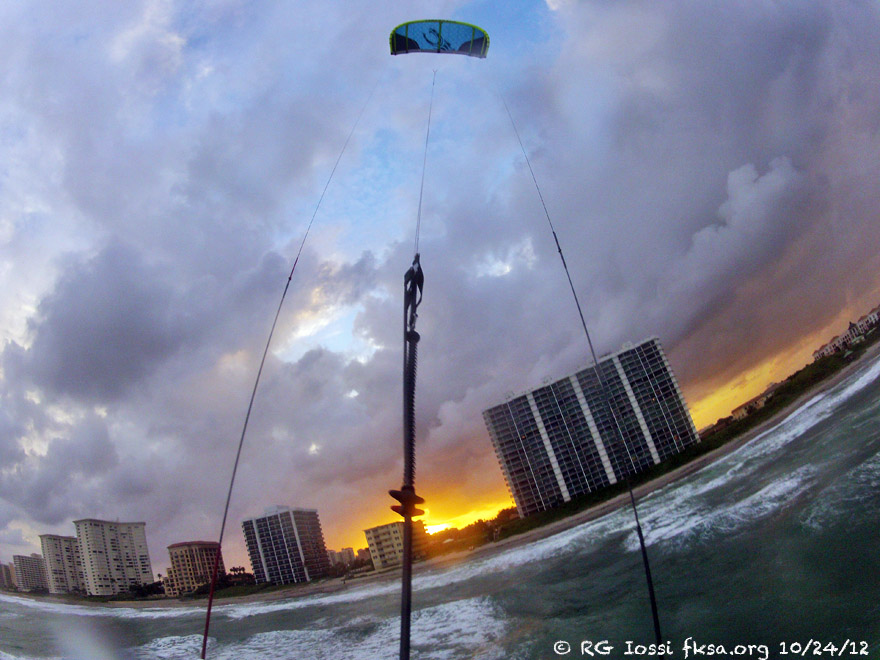 Great times on and over the water! In just 24 hours in similar conditions, things become substantially easier and better.