You guys have pointed me in right direction for high winds...

I came across a 2010 Naish Global 5'7 in very good condition and just had to buy it. After a few sessions in 15-25 mph winds I'm impressed. Smoooth! At least compared to my bigger Airush Cypher 5'6 in higher winds and chop. Control is also excellent. It took me a session to get used to riding it (tried it with straps initially, but I just don't like em). During session two I had the board wired and loved it's grip / speed through the turns. Unlike the bigger-wider flatter rockered Cypher, the Global needs speed in the turns. Not a biggie, in fact that's what I love about it. I was also surprised how well it went upwind in what at times was marginal for both the board and kite combination (Airush Wave 9 meter).

It kept on a plane surprisingly well in lighter winds and when the wind picked up again, wow this board's pretty quick. The Global reminds me of my older windsurfing board, the Naish 8'7 Freeride: lot's of range, fast, turny, slightly nervous / high strung, but always under complete control.

I had it in some waist to chest high very mushy waves. Sure this isn't the Global's forte, and perhaps the Cypher would fare better, but all I remember was how much fun I was having in any case. Flat water was a blast as well. After being on the Cypher so long, transitions on the Naish took me a little time to adjust to. The Global at 17 3/8" wide compared to the Cypher's 19.5" width resulted in lot's of falls initially, but after awhile it's like riding a bike. You just have to keep the board moving faster and a little quicker in your step.

One caveat: the Global seemed by comparison much stiffer in the turns compared to the bigger Airush Cypher. I don't know if this is a function of board design or something else...The fins that came with the Naish aren't stock. They're FCS Stretch Fiberglass fins (beige color if this matters). Size seems about right but I question if the foiling on the rears makes a difference. The larger front fins are asymmetrical but the rears are fully foiled symmetrical fins. Perhaps this keeps the board tracking (stiffer) in the turns more so than an asymmetrical fin? Or maybe it's really nothing. The Stretch fins are certainly more flexy than the hexcell fins on my Airush. I'm going to switch the Airush fins over and see if there's any difference. Btw, the stiffness thing isn't an issue. In some cases it's an advantage. I'm curious however if different fins can make much of a difference in the way a board performs. 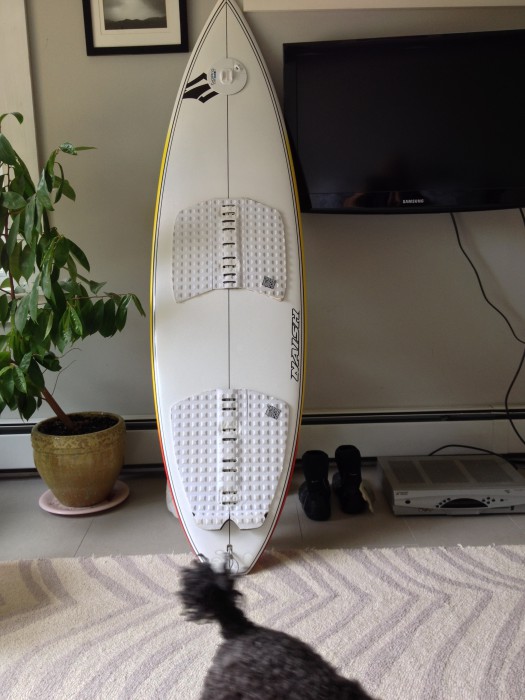 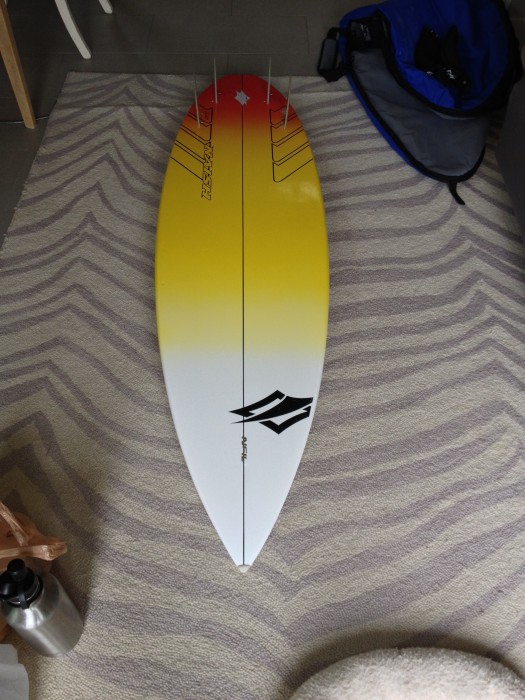 The best high wind surfboard is a small kite!!!
If it gets too choppy however, anything not too wide and arround 6' is fine.
I NEVER buy kite specific surfboards: they are too expensive and generally they do not work as well on waves as commonly available padle in surf boards. True, they break easily.... but I dont jump with surfboards and they last about 6 months. After htat I go to the crowdiest local surf spot an look for somthing I like. Usually I get faily decent boards for about $80 to $100.
Top

We are based in Sumatra. We have world class waves every day here. On these waves I only want Cohete.

This is a incredible light , super strong boards. Look: http://cohetesurfboards.com/

For riding the waves I have in my school the 8-BIT and The Dizer.

We have the strongest winds from May till October in Indonesia.

follow us and for any additional info send me a message.

Hi, I am looking also around for a high wind surfboard...
What do you think between a Naish CUSTOM GLOBAL 2011, 5.7 and a Cabrinha s' quad 2014, 5.7? 181cm height, 80kg rider.
There is also RRD barracuda (but it's on the expensive site and strapped only)http://www.robertoriccidesigns.com/shop/barrakuda-k/
It's gonna be used for onshore conditions mainly
Top

Kontact is lots of fun when well-powered (and even somewhat overpowered). Love the board.
Top

In high(er) winds it rode fine. Easy cruiser. But I could ride my 2010 Naish Global 5'7 with more speed and control. The Naish is also better upwind. It all depends on what you want the board for - playing in waves, bump n jump, all around, etc. They all work right? Before I bought the Global, I used the bigger, flatter rockered Cypher in gusts to 40 (six meter Airush Varial) and it was fine. I just had to keep the speed way down. Narrower boards tend to have better control at speed through chop (all other things equal), but they also require more / aggressive technique in the turns. Since I already have a "light-lightwind / smaller wave) board, the 5'6 Airush Cypher, the Global is a perfect compliment when I'm lit on my 9 meter on down. But surprisingly it still works in 15-20 mph very well.

I also tried a North Wam - Nice but not as good an all around board like the Global. I found the Wam a tad bouncy in chop, but not detrimental. And again, not as good upwind either. It seems more suited to being in waves, and easier to turn at slower speeds than the Global.

My guess looking at the Cabrinha S Quad is it's being an inch wider (assuming all other things equal - relative shape, etc.) may be better suited for your weight than the Global in lighter conditions. That being said, my buddy (175 lbs - you're body weight) rode my 5'7 Global in 17-25 mph winds and loved it. He's partial to North and owns a Whip, Wham, Nugget, and Skimfish. After riding the Global, he's looking at the North Kontact. I believe that's almost the whole line -lol. The Kontact is similar the Naish Global, well sort of. Perhaps it's a bit less all around. Just a guess.
Top

But for true high winds i.e. well over 40 knots, nothing beats a Mutant 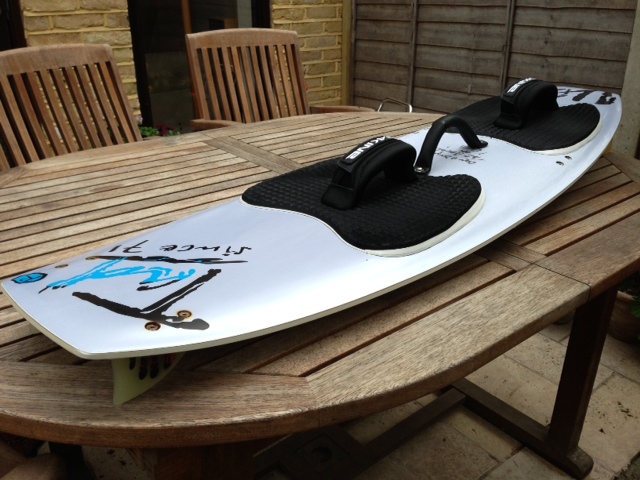 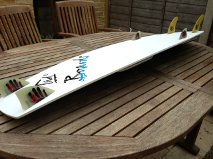