The blacktip/spinner shark migration had been underway for some weeks off South Florida. Intermittent shark sightings off Northern Broward and Palm Beach counties by kiters had happened with some frequency for over a month. Kurt Hoffman and three friends came down to Kitebeach in Delray for a downwinder north to Lake Worth on Saturday, March 22, 2014. Before the guys could head down the coast, a squall came up boosting the wind which subsequently died in the post-storm low. They stayed on the beach as the storm passed for stable conditions to return so they could head out kiting. Eventually the low passed and the wind returned. They were kiting off Delray Kite Beach or roughly 500 ft. south of Casurina Road and south of the public beach. Kurt had been riding for over a dozen years, is an instructor, does kite repair and is a very well experienced kiter. 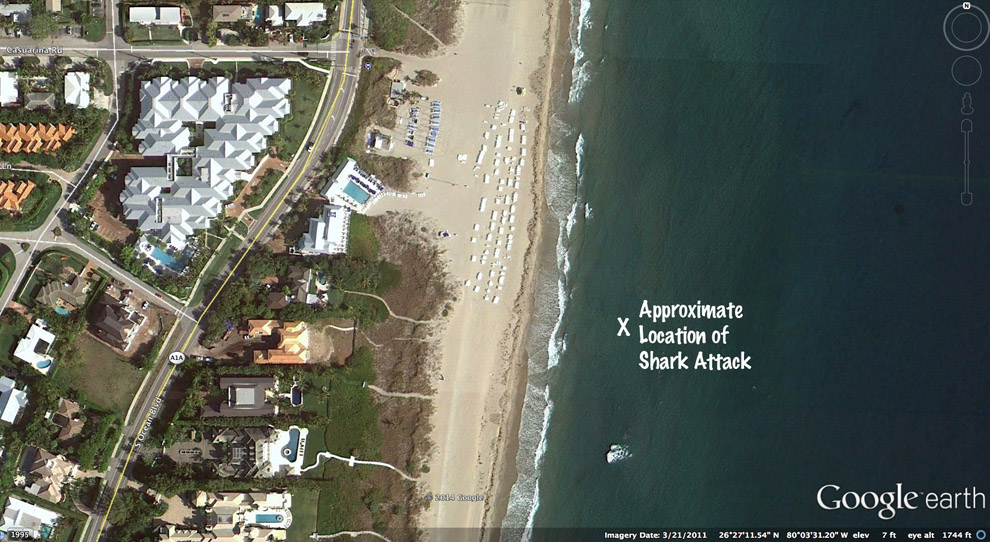 The accident happened around 10 to 10:30 AM. The wind was southeast 16 to 20 kt with shoulder high waves (about 4 ft.) with nice well formed faces. Low tide was listed at 10:49 am that morning for the area. Kurt estimated water depth was below 6 feet and was approximately 35 to 40 yards offshore at the time of the attack. Sand bars can form parallel to the shore in Delray setting up some nice wave breaks around that distance offshore.

The iKitesurf wind graph for Boynton Beach to the north of the riding area that day.


Kurt had seen 2 to 3 sharks that morning but none spinning out of the water. Large quantities of migrating sharks had been seen in the area at isolated times in recent weeks. He had seen neither jumping bait nor feeding seabirds or other evidence of feeding shark activity. The sun was still low in the east so viewing of the ocean and submerged sharks therein was difficult around that time. There were both clear and murky areas of water related to the waves as well as dredging and beach restoration activities occurring to the north on Delray Beach. 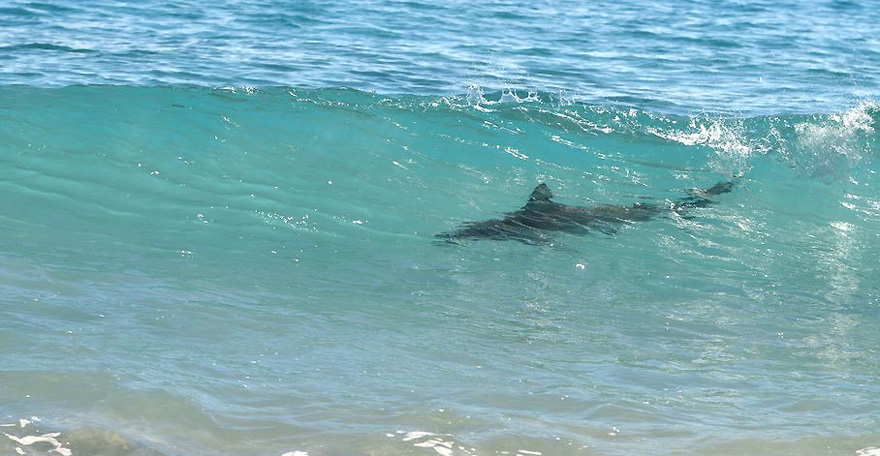 
He was riding in old Santa Cruz 6'3" surfboard with no straps and a deck pad. He was flying a 12 m² Naish kite. He been kiting for a while had done about eight tacks for approximately an hour before the attack. He was heading out to the northeast when he saw a wave set coming in and decided to do a turn to the southwest "smacking" the lip of the wave during the transition. He was riding toe-side to the face and after transitioning to the southwest put his left arm back to drag through the wave face. The wind was gusting so he leaned in the face immersing his arm to his elbow or bicep. The kite stalled a little bit hesitating at this point.

At this moment the shark bit his arm momentarily and pulled back. His left foot came off the board and his hip slammed into the shark. Initially thought he hit debris as there was lots floating around. His right foot was still on the board. At this time he still didn't realize that a shark had bitten him.

Continued with more photos and details