Photos - Island Adventures in the Bahamas

Photos - Island Adventures in the Bahamas

"While I'm normally a Bimini guy (and still am), I like to get off the beaten path from time to time. I've been to many, many of the out islands of the Bahamas including the Abacos, Eleuthera, Bimini, Cat Island, Mores, and many more. I'd guess that I spend my time pretty evenly split between fishing, kiting, spearing, and exploring. Having traveled the Bahamas often, I find myself becoming more enamored with the Berry Islands, most notably Great Harbour Cay every time I go. I believe that it is truly the closest, "real" out island to my home port of Miami. What it misses in waves, it makes up for in feel and its proximity to Miami.

The photos below are compiled from 2 separate trips to GHC. During a summer spear and tuna trip aboard Sleepwalker, we made our way south toward Hoffman's and Ambergris Cays. At that point, I knew that I would have to visit this area during the windy season and down wind from GHC to Ambergris on my kite. As luck would have it, plans came together over New Years and my friends and I were able to make the hop over on a cool little Cherokee Six. Although the tide was much lower than I would have liked and the wind was a touch too much to the left, the ride was amazing!

I hope that you enjoy the pics. If you are ever looking for something new, take a bet on GHC. You won't be disappointed! Enjoy!!! 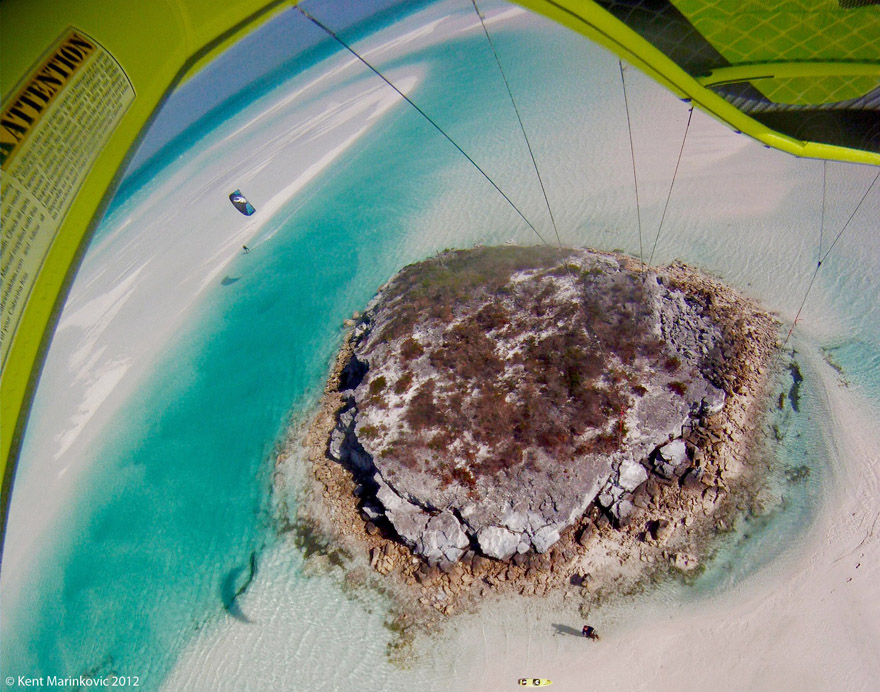 The famous Blue hole at Hoffman's Cay. It's about a 20 ft. dive from the top into the hole. Summer relaxing at its finest!

We had poor visibility during our first trip due to a previous storm, but we still managed to pick up a few nice fish and bugs

The South exit from Hoffman's going East to the deep water was amazing. We could have spend our entire time in this area

We had a killer pad in the Marina. Very unique and quite comfortable

Had the tide been higher and the winds more from the East, riding in the middle flats would have been a treat... it wasn't bad in any case!


CONTINUED with more photos and story