The organizers of Master of the Ocean, the world’s most elite competition, just released the dates of their 14th edition. The competition, known for being the only in the world to include the disciplines of surf, windsurf, kite surf and SUP (Stand Up Paddleboarding), will be celebrated from February 23-28 in Cabarete, on the North shore of the Dominican Republic.

Master of the Ocean will recruit the best local and international professional watermen and women, who will compete daily in all four disciplines and showcase the world class perfect conditions for surf on waves which the North Shore of the Dominican Republic has to offer: waves with no wind in the morning provide the perfect playground for SUP and surf; while the consistent incoming trade winds arise as of noon, bringing excellent side shore conditions for riding waves on a kite and windsurf board. This can easily be combined with spectacular aerial maneuvers and big jumps.

The Vice Minister of Sports of the Dominican Republic, member of the Hall of Fame for Ultra Long Distance Swimming, Marcos Díaz, statedthat “Cabarete has a unique community, with impressive conditions for the practice of water sports. Master of the Ocean is the event that combines all of these in one spot, Encuentro Beach, Cabarete, Puerto Plata, Dominican Republic, and embraces four sports disciplines, in one place. Cabarete has amazing conditions even for professional athletes from around the world who come visit this event, attracted by what it has to offer: the wind, the temperatures, the waves, and the quality of the people. I think we are on the brink of being recognized internationally, as the place which offers an amazing touristic and sports destination, plus what the local experience has to offer,” claimed Vice Minister of Sports Díaz, who by the way was the 2004 title holder of the Master of the Ocean, Surf Discipline in 2004.

"We have been honored with the presence of many outstanding athletes and teams from places as Germany, Italy, Scandinavia, Hawaii, USA, Israel, Puerto Rico, Jamaica, Barbados, Brazil and Canada, and we hope to keep adding many more to the list,” commented Marcus Bohm, Event Founder. We thrive on the fact that they bring the Dominican experience to their home countries, creating a valuable buzz.”

"Master of the Ocean is proud to have the support of the Dominican Ministries of Tourism and Sports; these create a great synergy to transmit their values through the event. The Ministry of Tourism has provided special support in the promotion of the competition by including it in its GoDominicanRepublic Calendar and through its 28 offices worldwide in 12 languages, as well as a powerful tool in trade shows around the world," Bohm said.

Patricia Hiraldo, Communication Executive and Partner for the event, statred: the 2015 edition was particularly outstanding, since we had the honor of being covered by the leading sports network: ESPN, which has been broadcasting capsules of action footage of the race all around Latin-America. This has resulted in a huge promotional reach for this amazing touristic|sportive destination, and we hope to keep having a strong impact in Latinamerican markets.”

Five days of competition, free-style expression sessions and a full music agenda called IndepenDance, will all take place in and around Cabarete. Formerly a farming village, the bohemian town has morphed into an international Mecca for extreme water sports because of its ideal, year-round conditions. The festivities culminate on February 27—Dominican Independence Day—with an awards ceremony and pure Caribbean partying for athletes, sponsors, media and guests”.

Today, this event confirms the positioning of the North Shore, Puerto Plata, Cabarete as the ideal destination for adventure and sports travellers. It’s goal is to soon surpass other capitals of water sports such as Costa Rica and Hawaii. The destination is now thriving, especially after the opening of Amber Cove, the largest cruise port in the Caribbean, by Carnival Cruises.

Star athletes expected to return include the holder of the MOTO 2015 SUP champ Zane Schweitzer, from Hawaii (Master of the Ocean for the second consecutive year); Dominican Samuel Perez-Hultz, native of Cabarete and resident in Hawaii, and the young multi water sports superstar Fiona Wylde from Oregon, USA, who just earned the coveted title of Female Athlete of the Year by SUP Connect. We are also expecting the old timers), Dominican Luciano Gonzalez, (four-time Master of the Ocean title), Michael Gebhardt, (Olympic champion and trainer, and “Action Man” Brian Talma, from Barbados.

Marcus Bohm and partner Patricia Hiraldo, Communicator, said they are proud to bring back to the Dominican waters the excitement of water sports, and to further promote the incredible destination that is Cabarete, North Shore, Dominican Republic. 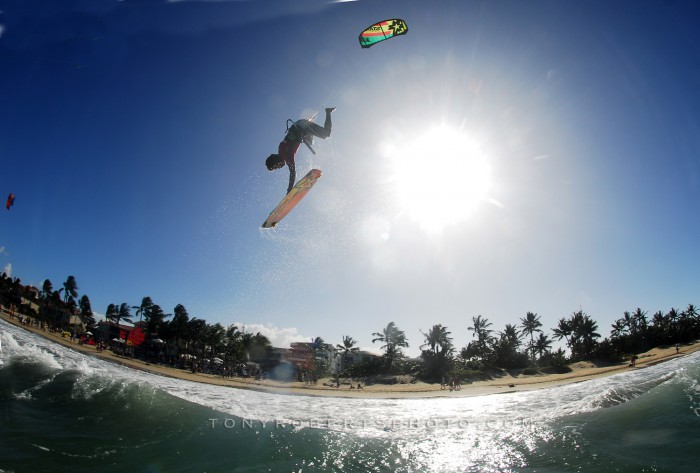 Master of the Ocean comunicates details for its 14th edition.

Just a few days to go before the biggest event for water sports in the Dominican Republic and its proximities takes place, the competitions organizers Marcus Bohm and Patricia Hiraldo offer exclusive details about it, the athletes that have confirmed their presence and the international media coverage that’s going to take place.

Known as the elite World Championship for Water Men and Water Women, Master of the Ocean (MOTO) is a multidisciplinary competition that focuses on 4 categories where athletes get to show off their maneuvers in surf, windsurf, kite surf y SUP (Stand Up Paddleboarding). Reuniting big local and international competitors, it takes place in both Encuentro and Cabarete Beach, going from Tuesday 23rd till Sunday 28th and it includes live music and social activities.

The event has this year received great support from national and international sponsors, taking a step forward in the collaboration with the Dominican Republic Ministry of Tourism. Event organizers Marcus Bohm and Patricia Hiraldo shares that the event has taken a new shape with this and aiming to set even new standards for the execution of the event this year. After the successful 2015 event and this years BBC The Travel Show feature, the Master Of The Ocean 2016 is expecting a broad lineup of media at the event site.

Within the attendees, important names pop up such as the Venezuelans Diony Guadagnino (windsurfing), Eniel Narváez (surf, kitesurf and sup), Olympic medalist Michael Gebhardt, US rider Jeremy Green and Francisco Hernández (surf, sup and longboard). Also the Hawaiian siblings Shelby and Zane Schweitzer, famous for their talent in watersports and family background in windsurf (their grandparents created the sport!) have confirmed their presence in this year’s MOTO. An active participation from the Dominican counterparts is expected, with distinguished personalities like Luciano González, Jean Marie Rivera, Samuel Perez-Hultz and others.

“This is the only competition that combines the four most relevant extreme watersports and manages to display each one’s qualities. It is an opportunity for competitors to shine and inspire kids from the community to get involved. Not everything in DR is baseball.” – Emmanuel Rondon, local kiteboarder, former and multi-time winner of MOTO.

Besides promoting the sports, the event is positioning the coast town of Cabarete as an ideal destination due to its good weather conditions all year long.

Amongst the international media that will be documenting the activity is The Kiteboarder Magazine (USA), Blue Magazine (Germany), SupConnect (USA), Si Viaggiare di Rai 2 (Italy) and more. 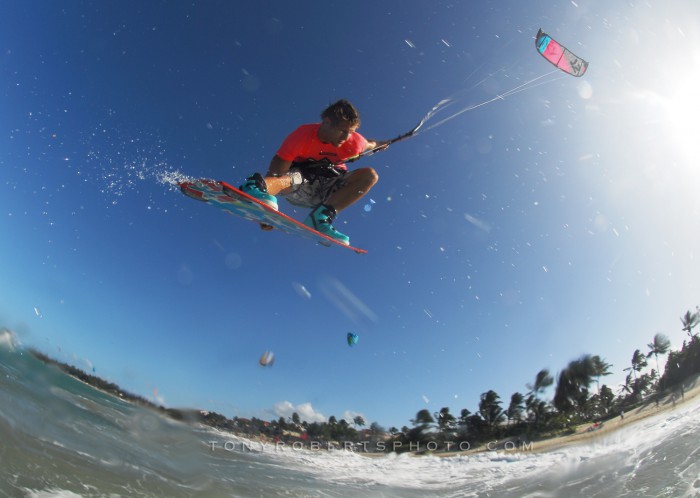