Yesterday I put Woo (http://woosports.com) and Trace (traceup.com) on the same twintip board to see how they fare in jump measurements..
The results are not that great, unfortunately. The devices disagreed on maximum height (33.6ft vs 26.1ft), number of jumps (34 vs 16 in the first 42 minutes), hang-time ( 5.4s vs 4.5s) and G-force (3.0 vs 11.2)
It was hard to correlate the jump data between devices since trace does not provide a time stamp on the jump and sorts the jumps by height in it's display (I had to photoshop the below image to rearrange the rows for easier reading..)
In the below shot, it looks like jump #4 on woo was not detected by trace.
Trace thought that my 1st jump was the highest, which, according to my perception, is incorrect - it was more like a warm up jump 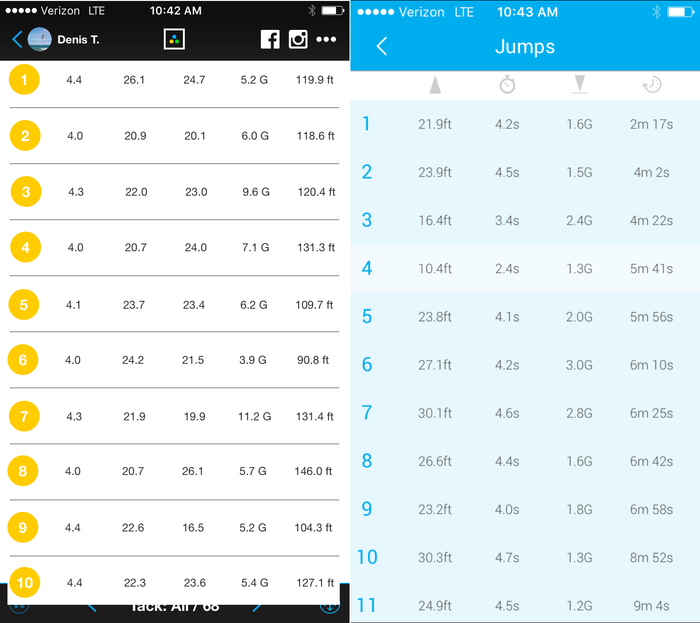 on the water, I could barely see the status light on trace (to verify that it is still up and recording), while woo was blinking with noticeable red.. I liked the GPS data trace provided. This could definitely attract some kite-racers, folks who likes to do downwinders, etc. But the interface is geared mostly towards surfers. when you share your session on the web - all jumping data (except for the highest jump) is not shown. Also I was unable to sync the data from my camera with the device due to an annoying bug - the sensor showed time that is 3 hours in to the future (from my phones time, changing timezones had zero effect on it).. My cheap Yi camera could only sync to the phone's current time, which incidentally was not an issue with the woo, which had no problems cutting out the fun stuff (I filtered out everything less than 9m):

So far, I tend to trust woo a bit more with the jump measurement.. on Trace the jump height of 82ft belongs to some surfer, who managed to go up and down in under 3 seconds, and apparently w/o using a kite (looking at the trace data) 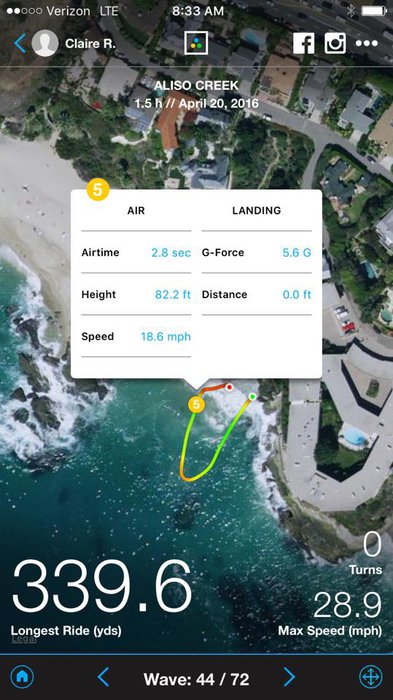 one more thing.. in the below screenshot, I am moving from left to right (ending at the red dot), so the jump numbering does not make sense: #14 should have been #12. The last zigzag is supposed to have another jump, captured by Woo, but left undetected by Trace.. 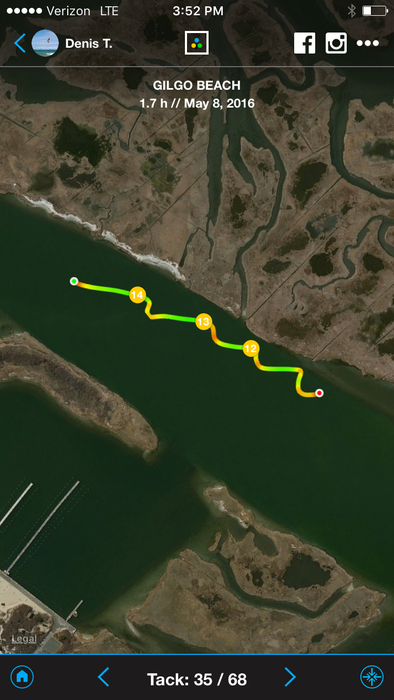 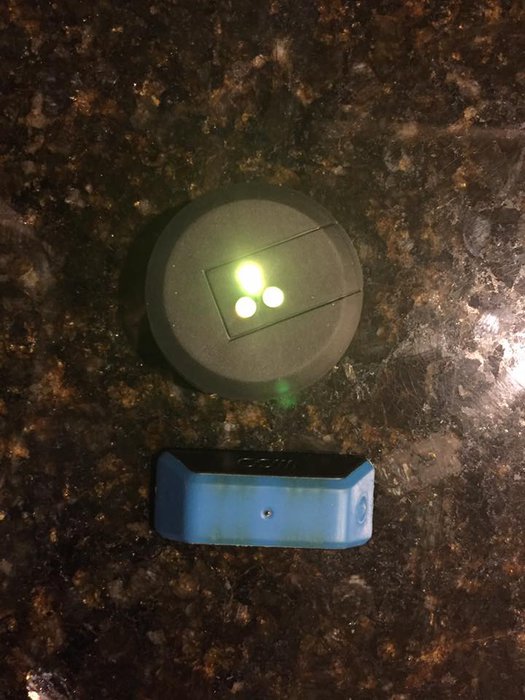 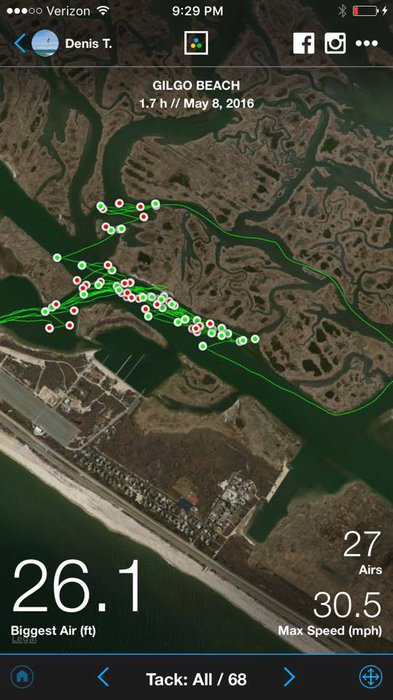 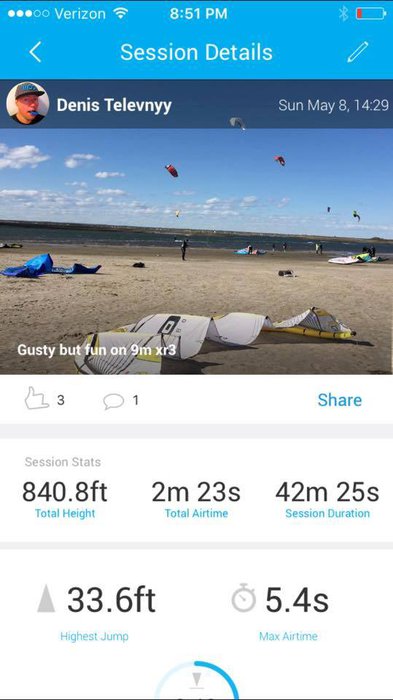 After consulting with Trace' support team, I was able to sync the sensor to my video camera, only to prove that many jumps were left undetected by trace
This is the highest Woo jump that was not picked up by trace: 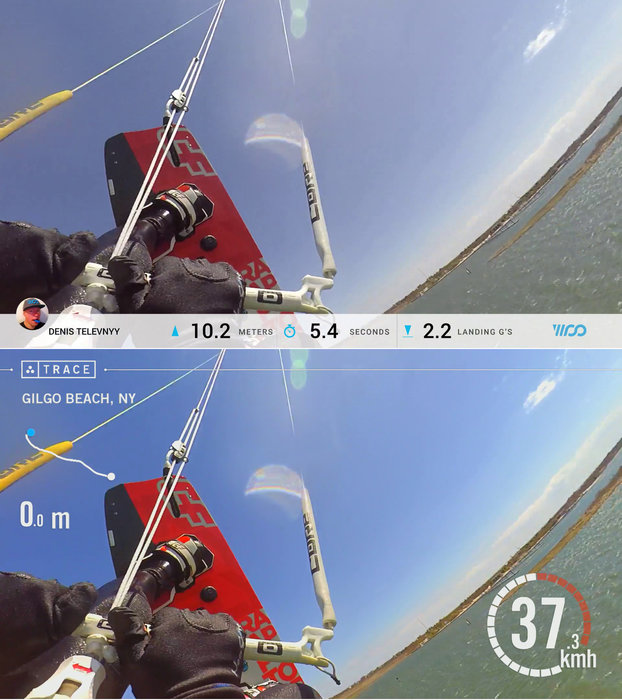 another Woo jump, undetected by trace 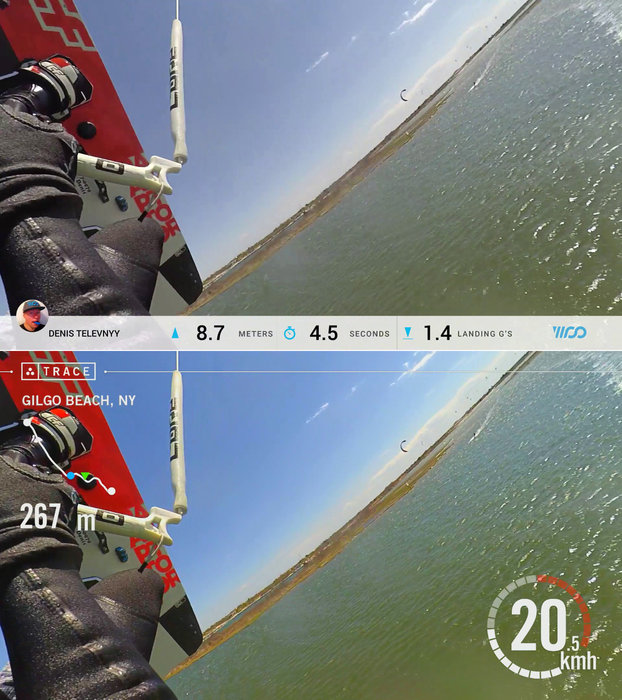 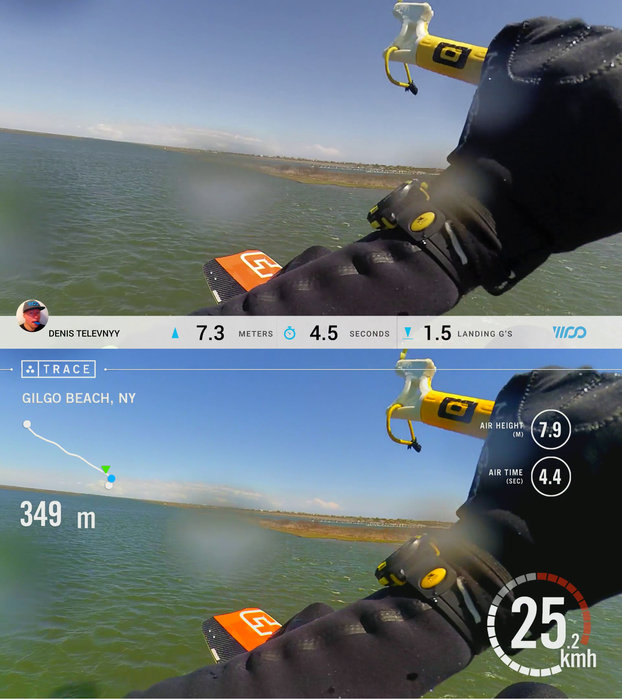 spot wannabe 1 day internet stars of boosting in the charts - they all do the legs up poo push... adding a further 2.1 m to the reading

if anything this shows how incredibly inaccurate these things are.. wooo and all... - they simply havnt ever been publicly calibrated showing realtime and actual height - with so much science involved you would think pulling them up and down a flag pole would be a good start... but no... lol

yeah.. about that poopush
I think that's one of yours 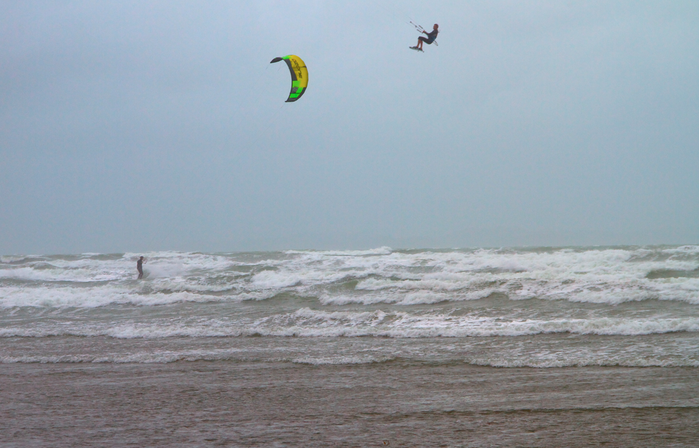 but let's not divert.. style discussion belongs to a different section

that actually isn't me, it's a friend, and he isnt doing an #invertedpoopush! but he soon will be when he realizes he can get another 1m+ in the rankings - oh and try landing real hard - interesting what effect that has!