I can weigh in here with what I know, it is true Core have been working on a new bar, those of us that like the existing system were counselling that the twist should remain and if push away were also to be a part then the two should be combined, the twist release actually works better and more reliably than some systems I've sold in the past. OK if you've been raised on Core, but for folk who brand switch probably not so good particularly if you're new to kiting. New features I've seen are an instant on water re-assembly device. Rumour? it'll fall in line with industry standard push away which to me will be sad, push away is not a natural reaction in a crisis situation, trust me I've been there and still always retain rider side ejection methodology. (Old SS surefire pro).
Now the thing that has held everything up is a new Euro Iso standard which I believe comes into play in May, but don't quote me on that, I could be wrong but it's this season anyway. In the past the bar test was apparently carried out manually and in France, so could be open to human, ahem, error. Now it's a mechanical release and will be applied equally to all brands, I imagine it must also be holding up the new North team, that and legal issues, I can't imagine old North Duotone will be eager to let them have access to the iron heart patent, again don't quote me, just my thinking.

Core have superior performance because they are white, yellow and black.
Top

And please add red QR push away
So glad you stopped riding those awful ram airs and now ride leading edge inflatables
Take care kiteypumpkite
You're doing 9.18 posts per day
Can you keep it up ?

That's what she said
Top

Yes always can, nice and hard.

I hear red could have a performance edge. I am sure core will integrate this new color after significant R&D. If core has taught us anything it's not just having the right colors, but also having the right arrangement of those colors for that year. That way you always have the best performing kite.
Top

I own 3 Core (an old one, a Sensor and a Sensor 2 pro) and 2 FS bars (the Infinity that came with my Speed 5 21 and the new one that came with my Sonic 3 13). Could not test the new FS due to Covid but the overall impression is that the Sensor pro remains light years ahead. It’s soooo light (no comparison with the old FS bar, heavy and old fashioned but also no comparison with the new one, lighter than the old one but for sure not the most advanced bar on the market).
The only point with the previous Core bars was the QR. Better or not it was not the standard and it was a problem, especially if you use different bars like me. I think that this new bar is going to the best you can buy. It’s very expensive but every top product is expensive.
Top 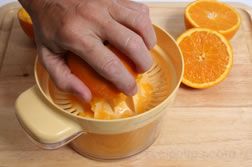 
Except for that little detail in that when trouble comes the kite is already getting away from you at a rate faster than you can react.

However Core appear to be offering both versions going forward, according to the latest pricing, but the new bar does look very cool. Can't wait to get my hands on one.

Finally a push away QR

It's never too late to do the right thing

Anyone has more info on this EU norm ??
Top

It is probably this new Norm, but it is indeed very new (mid March).
https://www.normadoc.com/french/bs-en-i ... -2020.html
I couldn't find more detailed info.