Hi Armin,
me and my family very enjoy Peaks 4 right now on snow and hope soon also on Fuerte hydrofoiling. We are very pleased with kite. It has all Peaks forgiveness + much more performance.
I think turning speed is comparable with LEIs. Peak 5 is now quicker turning than 7m wave LEI - and power is comparable. So

Question is - Im using my custom carbon bar with open V on front lines. Your new peak bar uses Y front line setup. With LEIs this is usually problem when kite is designed for Y it doesnt fly well on V.
Before I experiment - should I expect behavior change V vs Y front lines. I suspect that it doesnt matter because shape is mostly given by bridle but im asking anyway.

tomtom, did you get 11m? It would be great to hear the feedback on the 11m for foiling.
Top

No I get 5 - and 4 - I was about get 5 and 3 but after trying 4 against my wave LEI 7 - i was afraid of too much gap for HF - 4 is already very small kite. I was buying after reading Horst mini review and than i realized that im much heavier than him at 90 kg. Im going to Fuerte at the end of february. So far i have couple of snowkiting session and they are very good. They are so different from previous peaks - in good way... About 11 in LW - i think that is closed cell territory. I have very good closed cell which relaunch in 6 knots - but who knows... I think single skin are best ridden so you never exceed wind speed in downwind direction - so in mid to stronger wind.
Top

don't worry it is more about handling. Biggest most typical error you also see people relaunching closed cell foils: Don't oversheet (pulling in backlines) too much for backwards relaunch. Otherwise the trailing edge will colapse as you see in the video. If you, by experience, find the right amount of pulling in the backlines just before trailing edge collapse (which can be hard for small cord as on small or high AR kites) and the kite starts to rise backwards, already in the first movement you have to release the tension a bit, otherwise the change of angle of attack due to backwards flight can cause a trailing edge colapse again....(as also seen in the video), all not so easy and especially not for small single skins, but it works. A more easy part of succesful relaunch is: Take your time and always control wind window position of kite which in most cases should be kept exactly downwind, so you have eventually even permanently move yourself, when the kite starts to drift to one side...

But as tomtom said, Peak will never be for water and light wind, even if it relaunches early (even in the water) and flighs in neraly nothing. So all 5-6 knts ridings I may test with the bigger peaks in the future, will just be to show that it is possible, but wont be fun at least not for me, looking for more than going straight, as I expect.

@tomtom
sorry if I try to answer the question for Armin,

but don't worry. Can't be a problem with V lines, changes could be that the middle becomes a bit more instable, and it becomes a bit more draggy but all in an amount that you never will be able to feel or measure the difference. I have flown my 15 m² Chrono which should be much more sensible to the high of the V with 12 - 27 m and the caused difference was even here very very small without correcting the bridle trimm. There are some kites as my sonic being a bit more sensible especially for shorter V, but the Peak can't be, especially not for longer V.

But even if the peak is designed to go downwind uphill, its upwind in a bit higher wind conditions is also ok to travel a bit around in flat land snow, here is the track I already wanted to show (and described) in the last post: 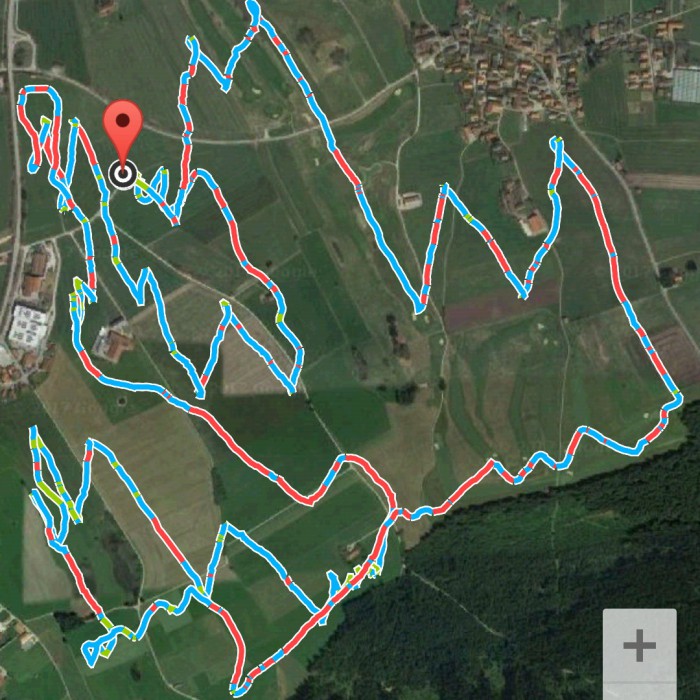 Question is - Im using my custom carbon bar with open V on front lines. Your new peak bar uses Y front line setup. With LEIs this is usually problem when kite is designed for Y it doesnt fly well on V.

Yes, the Peak fly also well with a V instead of Y frontlines. When you shorten the Connect Bar from 21 to 14m it is also a V.
The Wingspan is so narrow, that it is way less a difference that at wider kites.

More Feedback about e.g. Peak 3 to 4 is in the German Forums like here: http://surfforum.oase.com/showpost.php? ... stcount=56
You can use google translator.

I can give feedback of my own. The more i fly kite the more i like it. Its in some sense most revolutionary thing in kiting in many years. Peak 3 was good kite but it was tool for very special purpose - go uphill. Very small package - very stable - no overflying - best hang on zenith in almost no wind. But thats was it. Very slow turning - and poor L/D /which doesnt matter going uphill on back wind/ - and easy to collapse in wind holes or rotors.

Peak 4 is MULTITUDE time faster kite to turn - it turn equal to wave LEI kite size to size - but its more powerfull size to size at the same time. Peak 3 6m has turning speed about 14m Lei kite.
Peak 4 5 /which is actualy 5,5/ is faster than NEO 7. It hold shape in luls and rotors thanks to flexible "battens" it flys much more forward in WW it has best zenith stability ever and generate power like proper kite. It has INSTANT total depower in whatever flight mode and speed. It is also lightest kite on market - lighter than BRM cloud and other foilkites in UL fabric.

Just for reference I did not like FS kites before - i did not like FS SOUL I always prefer LEI to foil kite /when LEI flyes/ but this PEAK 4 is for me biggest change in kiting since 2006 "bow" kite.
If it at start from water just SO SO /as Horst show/ i will use it as all season kite - Hydrofoil and Snow. Its freeride kite dream come true.

Thanks Armin you made one hell of KITE!
Top

There is even Manual and repair kit and fifth line kite kit in bag... 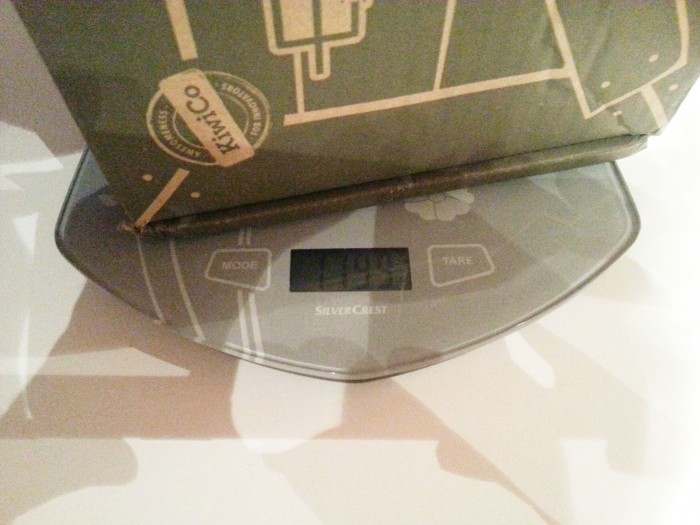 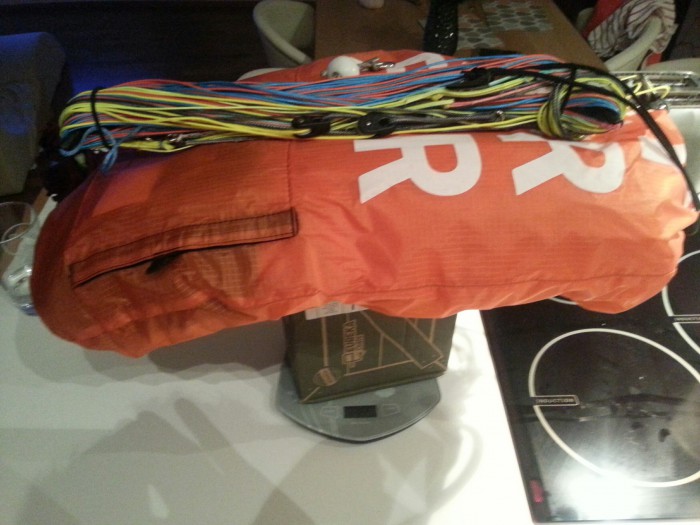 I have a more limited experience than TomTom but I agree with his evaluation. I just hydrofoil and like and use BRM Cloud LEIs. I wanted to try a Peak 4 after watching the video of Horst Sergio ride a 3m monofoiling, and chose a 5m that I hoped could be fun when I would normally ride an 8m Cloud D. Surprise! It pulls almost as well and even upwind actually as well. It is more stable at zenith, powered or unpowered. It turns as fast. When unpowered it stays up better and, if it happens to start down when unpowered, as might happen when my head is under water, it falls slower, maybe because it is so light. It is more responsive to initial bar input, but not twitchy. It is my new favorite kite for hydrofoiling in 10-20 Kts when I would normally use a 6m-8m Cloud D.
BUT, I haven't put it in the water yet, so, we will see.
Top
Post Reply
1413 posts