The 2019 design was genius. You walk to a busy beach and instantly spot the duotone kites from far away,. Everyone was talking about the kites because of the weird graphics that make sense and don't make sense, which overall is great publicity. On top a lot of people who hated the design started to like it, me beeing one of them.

I think the 2020 design has those little details that force attention and I would like to love it but for no reason at all I hate red and almost all the models have red in them. Doesn't matter tho since I purchased 2019 gear like a mad man

I think Duotone missed oportunity to step and take real hydrofoiling market cake, their mono kite is to heavy for today hydrofoil kites standarts and not inovative at all. Their bars are to heavy for hydrofoiling needs, no still carbon bar available. I weight one rebel 10m its 3,5 kg, when hydrofoiling kites as alpha1 10m Weight 2,2 kg. Do you feel the difference ? Their foils don't have big popularity, even Cabringa made av8 race full carbon foil which is something really step forward. Duotone making money from today classic TT kite market.

And replying already to Dan comments below i personally will say that for me their 2017-2018 years kite design was best of best looking from all in general kite brands. Most solid and most sporty.
Last edited by a99 on Mon Jul 29, 2019 9:51 pm, edited 7 times in total.
Top

As far as I'm aware we do not do any surveys once we create new designs beyond the people in the office and their friends (usually there are a few options and we pick our favorite, and generally it's pretty unanimous), though as I mentioned we pay a lot of attention to customer feedback on existing aesthetics through our dealers/distributors and directly with consumers at events, and our designers use this feedback to help focus their future work.

As far as the 'stains' there's a long story which I don't know the entirety of... I know that we'd been going with the simple equalizer tone-on-tone look for a couple years and had the new design as a bit of a shake-up for 2019, and I think it was all pretty finalized before everything went to shit with the branding. The 'stain' is (I'm pretty sure) actually a sublimated photo of a wave or something like that. However I don't think it came across on the product as well as we'd hoped, so it's not my favorite year for graphics, though I still thought the overall panel layout and colors were pretty good.

As far as outsourcing the graphics... We are a watersports company. We know how to design boards and kites and sails. That's our specialty. We could hire someone to just to do graphics but A. it's really expensive and B. one person doing graphics is not nearly as effective as a team of people who do this for a living. As I mentioned, it's an entire industry which requires research and commitment. 3Deluxe has teams of people and resources specifically for this type of thing so we can hire a team of theirs with all those resources already paid for to work part of their time on our projects. I tend to think that it is cheaper and has better end-results than hiring a full-time employee (remember employees are expensive, way more expensive than just their pre-tax salary... there's the work station, the design software, etc.) And as far as final cost per product, when you consider the volume of kites, boards, windsurf sails, wetsuits, harnesses, etc that we put out it's a very small investment to make sure that the aesthetics of our products excite/inspire/enthuse the end consumer as much as the actual design.

Absolutely we could save a few bucks by having someone from our marketing department come up with something but I think the end result when you have someone who really knows what they're doing putting in the work is noticeable. We make high-end sporting goods, no reason we shouldn't make them look it.

Also, as far as the white kites getting dirty... Totally a risk. I have a dealer who thinks he won't sell any of those kites because of that. Personally that's the only color I want for my demo quiver cause I think it's really good, especially in person, but that's why we have different color options.

Hi Dan-at-Duotone, since we're openly talking about the new product-line: could you disclose if the bars have changed this year? Like maybe different lines or something else? Thanks!
Top

sixdivision wrote: ↑
Tue Jul 30, 2019 7:16 am
Hi Dan-at-Duotone, since we're openly talking about the new product-line: could you disclose if the bars have changed this year? Like maybe different lines or something else? Thanks!

Yeah Dan, give us some hints, rumors, news

It is quite funny that Duotone has best bar tech and lines not on par with competition.
Top

No details on new gear yet, should be releasing information shortly.
Top

Hopefully the kites look better in reality, as they are pretty poor colour combinations at first glance.
Top

Just came back from a foilsession on the new rebel...
cant really compare it to the previous model since i havent used that in a while.
But i can say i still like the precise stearing on the rebel!

Have been using one struters alot on the foil lately (alpha & mono) but i have to say the rebel is also a nice kite with the foil... will use it more often again!!
only one bummer: pumping up 5struts! 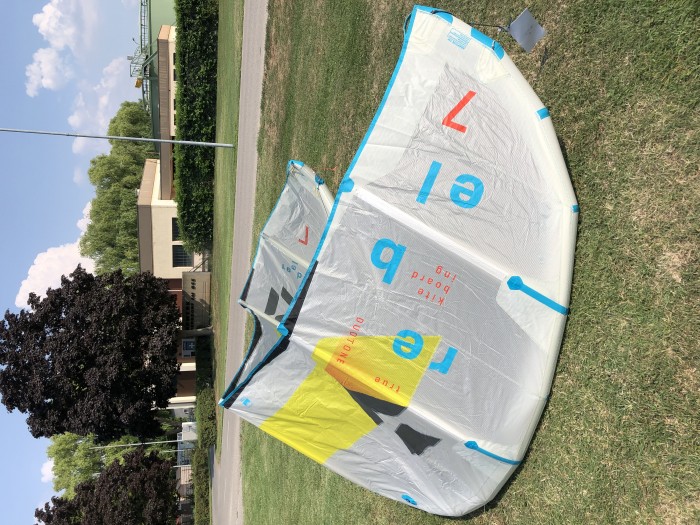 ...ok we did not read Ralph’s interview on the Dice. It will be an interesting kite for sure...
Top

Where did you find the interview? 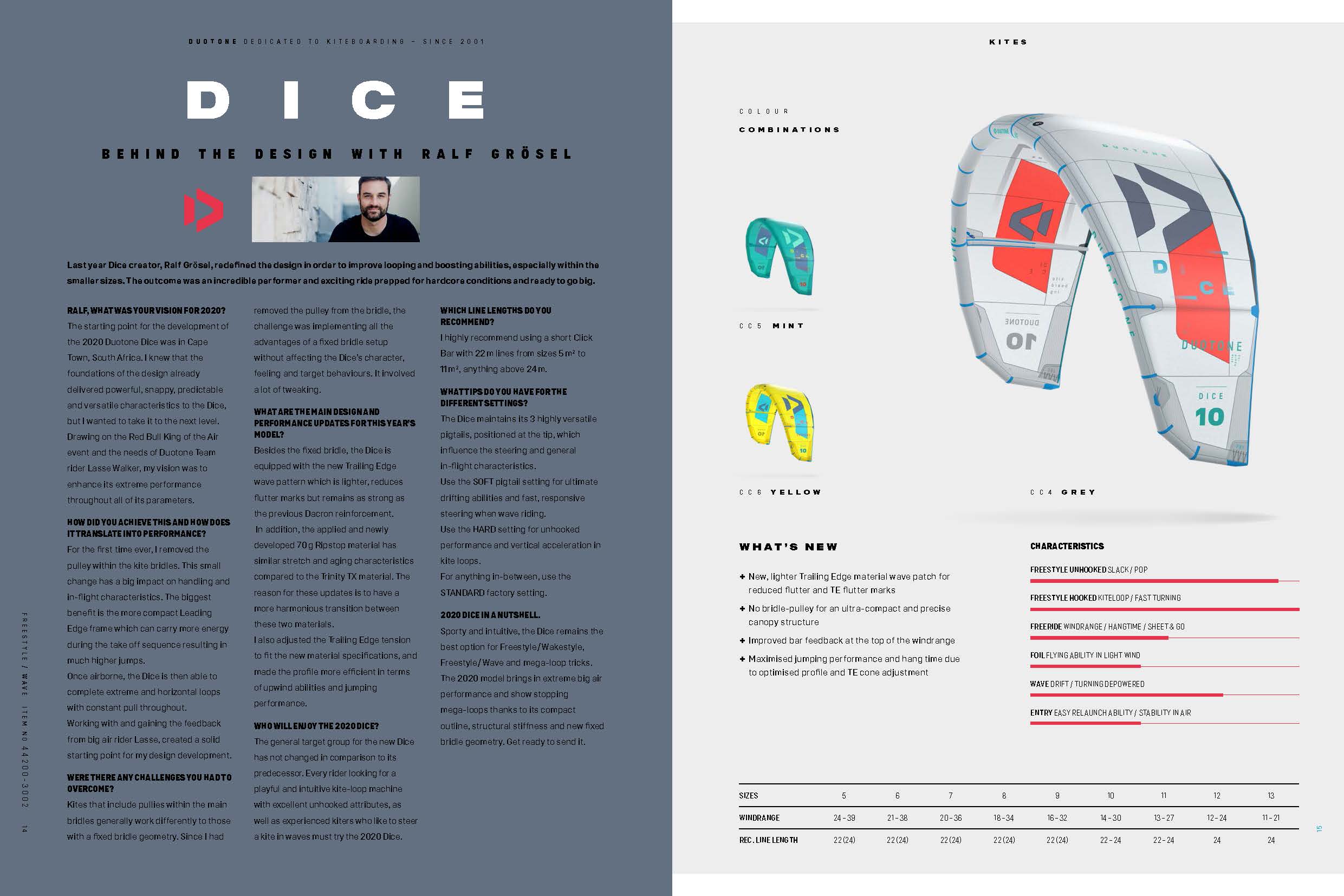