France’s Axel Mazella punched the air with joy and relief as he flew across the line in the season-ending last race of the KiteFoil World Series final on the Italian resort island of Sardinia, lifting the crown for the second time.

As the offshore Mistral winds built to more than 30kts blowing over the Gulf of Angels track off Cagliari’s Poetto Beach, Mazella took few risks on the event’s final fourth day, keenly aware he had done enough earlier and over the tour’s first three stops to land the International Kiteboarding Association (IKA) 2019 KiteFoil title.

Mazella closed out the Sardinia Kiteboard Grand Slam, sponsored by Regione Sardegna tourism and the City of Cagliari, in fourth spot after 20 high-octane races, often in punchy winds on flat waters that saw the leaders clock an astonishing 40kts on downwind legs.

For the young athlete, who first won the KiteFoil world championship in 2017, the title was his second on consecutive Sundays. Just a week ago he claimed the IKA Formula Kite Europeans crown at Sardinia’s Torregrande Beach.

“I really can’t believe that I’ve won the world title,” said Mazella, seconds after landing his 11m kite. “It’s a super feeling being back on the top, especially after changing my gear to join the Ozone team. I’m super-happy about this. It feels good. I was a little worried at the start of the day, of course. So there was relief, for sure, to get it done.”

De Ramecourt dominated the Cagliari regatta and will take a share of the €20,000 prize purse. But he had failed to do enough at the globe-trotting tour’s earlier stops in Gizzeria, Italy, in July, and back-to-back stops in China last month, to be in contention for the overall victory.

“I had a few problems today, with my kite and my bar, ” said De Ramecourt. “In the very last race I was hit by a huge gust and it collapsed my kite. But other than that I’d been going super-fast. I’m really, really pleased to take the win here in Sardinia, especially in such tough conditions.”

Parlier was delighted to take the second podium step after slightly poor performances at the tour’s consecutive China stops where he was ill. But he also echoed the other athletes, graciously remembering Slovenia’s Toni Vodisek, odds-on world title favourite with three tour-stop wins until he crashed out of the reckoning injured on day two at Cagliari.

“It was a fight all the way to end here in Cagliari, so I’m glad it finished like this—it’s a really good feeling,” said Parlier. “I’m happy because in China I didn’t have great events as I was ill. But I’m sad for Toni Vodisek. He had an awesome season and he deserved title. I’m sure he’d have won it if he’d still been here.”

As it was, Parlier’s fellow countryman Maxime Nocher took the third spot to give the French a lock on the 2019 KiteFoil World Series podium, with only Britain’s Connor Bainbridge able to break the stranglehold with a hard-fought third at the Sardinia Grand Slam.

Reigning four-time Formula Kite world champion Daniela Moroz (USA) added the KiteFoil World Series title to her growing haul to trophies, though remarkably this was one that had eluded her until now.

The 18-year-old took the crown with peerless racing among the 24 women battling in the 66-strong mixed fleet, barely putting a foot wrong to dominate the Sardinia Grand Slam, making it a perfect four tour stop wins.

“I feel really great,” said Moroz. “This last day was really difficult. It got a bit gnarly out there. I’m so happy because this is the one title I’d not got so far. I’m so stoked to finally to do this on the international stage.” 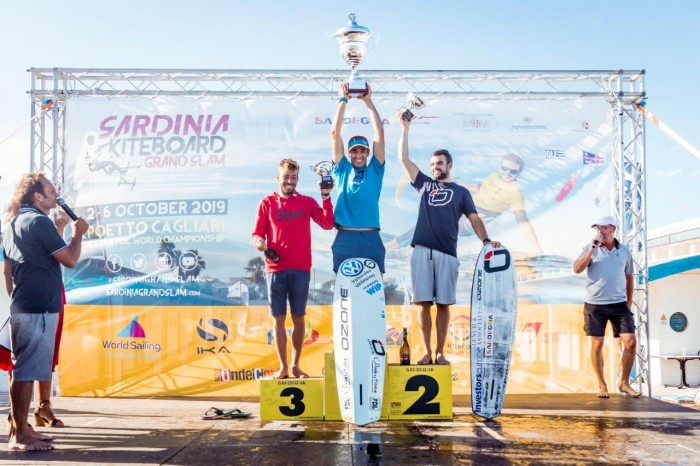 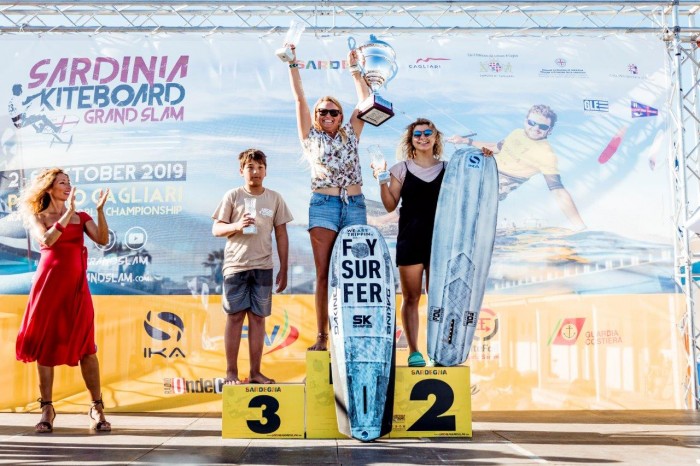 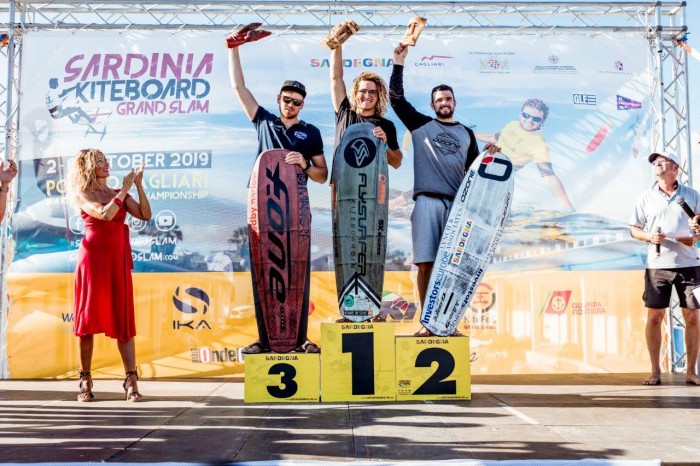 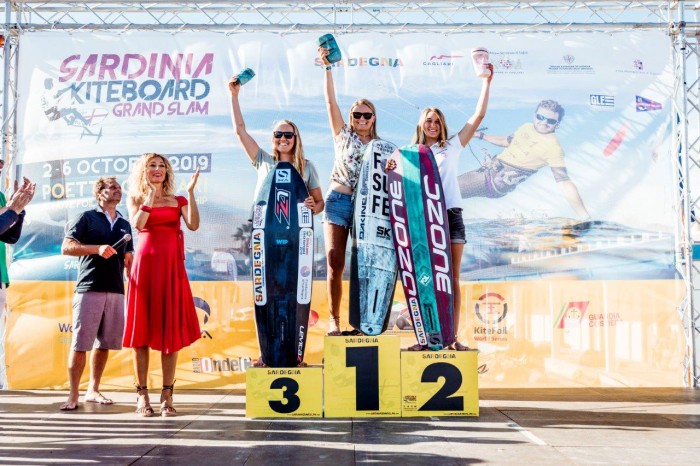