mr_daruman wrote: ↑
Fri Jun 11, 2021 12:49 pm
To be fair to winging in light winds. Im commonly riding 5~7 knots on a 2400 foil with 5.5m2 wing in Side-off shore. Using a 50cm fuselage, and a tiny stabi; everything is super nimble and reactive. 5'5 x 25 board weights 5kg , Im 65kg. Busy windsurfing/kitesurfing area. NOBODY else out. Not even under powered unless really close to the shore.
One kiter came but could not get is ram-air up due to the light side/side-off conditions which essentially is nearly 0 knot wind near the shore.

I'm not a winger but have seen a guy dedicated to it all last year at the mouth of a river that empties into a bay, which has 10'/3m tide changes. I've seen him be able to pump the wing back to the launch in light winds on a big board, off foil. It seems like the current can help/hurt his ability to get up on foil. Doesn't interest me to do it, but have been surprised what he is able to do in light winds, with lots of practice. He has been going thru lots of different gear to get it to work too...

This also convinces me to stick with kites in light wind 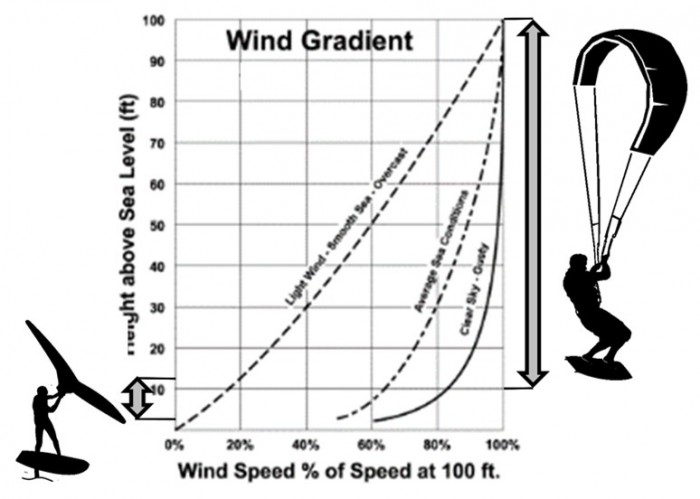 Different locations different choices, but around here with all sorts of wind, a poll in a wingfoil forum has shown this distribution:


So one out of 4 starts directly on wingfoil, without having kite/wind/foilsurfed before.
A few has changed fully, from kitefoil to wingfoil.
And almost 3 out of 4 wingfoil AND ride other wind boards.

PS: Regarding the "versus" in the title - no it was very deliberate and nothing negative about that, as it should be a thread discussing the cons and pros of these two sports, no matter if you do both or one of them.


Brand Affiliation: None
Has thanked: 275 times
Been thanked: 394 times

Apparently winging pulls in many people who never kited or foiled which is very different for foilers who all grew into the sport. Which is pretty awesome since I’d like foil manufacturers to have expanding market so they keep making better, newer wings.

Yet again, there are numerous shallow spots to be kited with twintips, channels to fly through while listening to glassy water hiss under fins and slicks to boost from. That, not counting those of us who are wave/directional addicts
Top

We have something happening at our local that hasn’t happened in awhile, kids. Parents teaching their kids to wingfoil which never really happened with kiting or windsurfing. It’s great to see and will probably set winging up for a bright future.
Top

OzBungy wrote: ↑
Fri Jun 11, 2021 4:39 am
^^^ because the company and fan based marketing for wing foiling makes all sorts of half-baked claims that could be true in certain circumstances, but are generally false.

Everybody buys a wing foil, 4m wing, and some kind of small SUP-sized board and expects to ride in <10 knots, with their child and their grandmother, while carving waves, and just paddle in if anything goes wrong.

It's super safe and all kite sports are dangerous because of lines and swimming in and getting dragged to your death.

If they toned back the dodgy claims and stop exaggerating the alleged negatives of kite sports then there wouldn't be a problem.

Wing foiling is a perfectly decent way of having fun with wind and water. It doesn't need the constant exaggeration of how good it is.

What will be interesting to see is that among our local wing foiling crew, with the exception of a few hotshots, nobody is really progressing. There's people who have been doing it for a year and still can't get on the foil. The vast majority can't properly complete a gybe. Thousands are being spent upgrading equipment and lots of chat about what is the best wing/foil/board. It will be interesting to see how long they can sustain enthusiasm with so little reward, other than the pleasure of messing about in the water.

So I thought about your statement for awhile. I’m not sure that marketing and/or claims of winging being better than other wind-board sports is really what draws people in. It’s easy for people to watch a ton of videos these days (of experts and beginners) and decide for themselves if they might pursue that activity. My local area (Outer Banks, NC) has lots of locals and visitors for just about every discipline, ocean, flatwater, surf, windsurf, kite, foil, wing, big names, average Joe’s, you name it. The early adopters here are the typical adventurous types who can’t wait to try a new discipline, and generally get all the basic skill sets figured out on their own. Matt Nuzzo at Real Watersports is a great example with winging. Heck, Matt and Trip did the same thing 20 some years ago with kiteboarding (and pronounced windsurfing’s funeral…..perhaps some subtle irony there….).

I also think the challenge and frustration with progression for many with wing foiling really isn’t that much different than for windsurfing, kiteboarding/surfing, kitefoiling, SUP/prone foiling, and on and on. I’m old enough to have seen the “frenzy hype” phase for windsurfing, then kiteboarding and now all the foiling offshoots. Always seems to follow the same general pattern; early adopters just make it happen and even innovate the discipline, people see the potential and some added hype gets generated attracting a lot of newcomers, the perseverant learners stay with it and eventually get there, albeit at different rates of progression, and a decent number will drop out due to frustration with progressing to reasonable skill level. Heck, the vast majority of visitors/vacationers here are too intimidated by all of these “high level” sports and just rent a kayak, paddleboard, jet ski, or put their kids in a basic surfing lesson, for some low stress fun. Same ole, same ole

Started wingfoil with a 4m2 and 1600 foil. Hated it. No progression unless it was blowing over 15 knots. Even then still had a hard time to enjoy.
Then borrowed a 2400 and 1800 foil, got myself a 5.5m2. Withing 2/3 weeks progressed as much as 2/3 months.
Now I can ride under 10 knots with a 5.5/2400 no problem. 15 knots on a 4m2/1800 im overpowered, so got a 1250...It takes some practice with a lighter/short/wide board is lots of fun especially in side, side/off shore wind.
Variable gusty side/side-off/ off shore Im wingfoiling.
Stable Onshore/cross-on/side Im kitefoiling.
Top

@ Dave K
True and not true.
If you see people on a wingfoil who manage to ride its highly alluring. I learned windsurfing in the 80s then surfing then kite boarding, then foiling (still don know if i realy like it) and now winginging.
It seems less, no lines, no mast and Boom.

So I understand when people want to do it.

On the otherside this is a vast misperception. Even bigger than in Surfing. For someone with no wind and boardsporr history its 2 sports in one. Sailing and riding a one wheel.

Talk about surfing. Every one envys it and can ride some whitewater. But to sit just with 10 surfer in a line up an get a fair share of waves and ride them is a different universe. Just the investment is much lower, frustration propably not. The least of the newbes are aware of it.

At the end it is all about endurance in eating shit.
Some make it the most not. If yes you are so proud that you stick to it. And still many have the impression that the spots are getting more and more crowded.
Top

At the end it is all about endurance in eating shit.
Some make it the most not. If yes you are so proud that you stick to it. And still many have the impression that the spots are getting more and more crowded.

It still going to be too expensive to become super popular (like kiting and windsurfing).
Top
Post Reply
48 posts