Today my QR opened while doing a toeside tack.
Not a big problem but curious: Did this happen to you? Any hints to prevent?
Top

If your body position brings your arm or wrist in contact with the qr collar sheeting out, or kite powering up and pulling the batr out, may drag the collar enough to open the qr. I have no specific idea what happened in your case but worth being aware of this particular phenomena. If it is not a mechanism failure and the qr is open something must have pushed the collar providing the qr was properly clicked in?
Last edited by Herman on Tue May 24, 2022 10:59 am, edited 1 time in total.
Top

The chickenstick could slip out of the hook when the chickenloop twists. This is what happens in toeside position for example.
Might depend on the hook/stick/loop combination of course. Happened to me a few times in the past, it could get quite dangerous in strong winds.

I´m using the ION quicklock hook now to prevent this. I have removed the chickenstick and have replaced it with a 3d printed spacer. For release you can lift up the bottom part of the hook and take out the loop or you can push the quickrelease of course as usual.

Works nice for me as a freerider without unhooked action of course.

EDIT: Maybe it´s more like that the twisted loop is jumping off the hook than the stick slipping out. 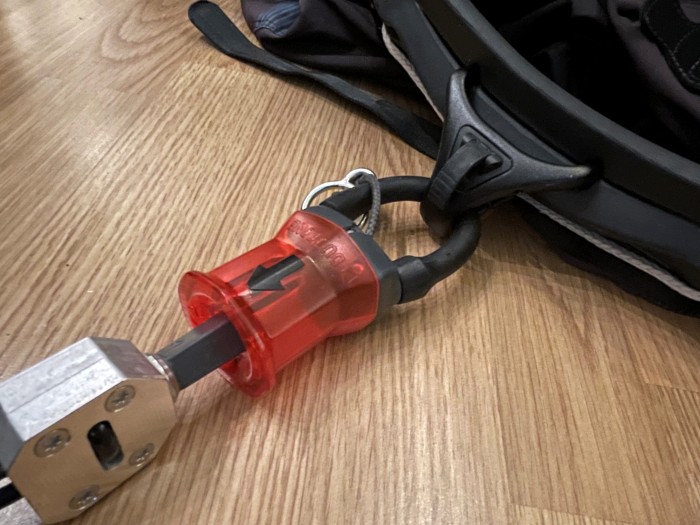