the idea is to pull on the oposite front line as well as the rear lines to make a kite turn faster. i could see using this on a big kite.

really cool idea. also by adjusting the width of the where the center lines exit the bar the turn 'acceleration' could be adjusted. ie in the limit of zero separation its just a normal bar.

.. maybe a rear-line adjustment depower system could be added to it also. 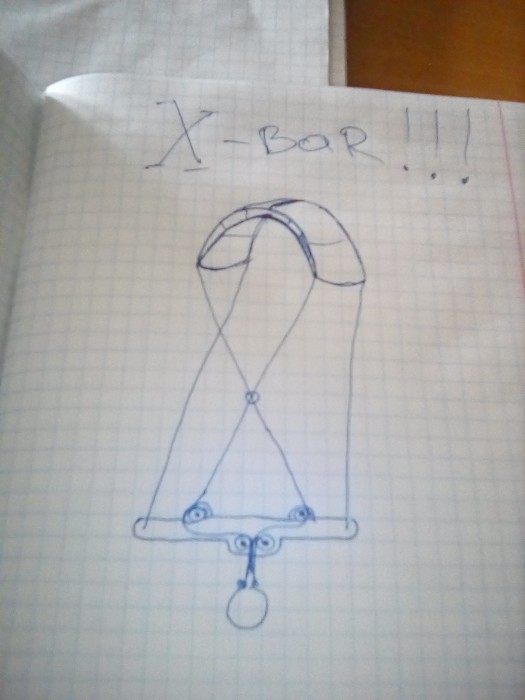 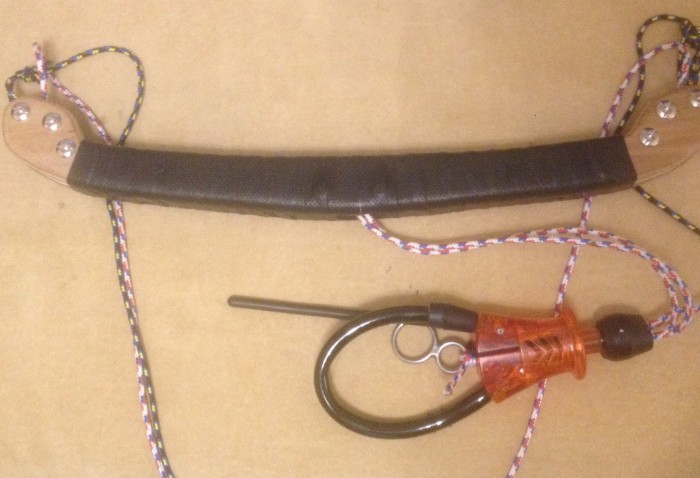 It's not that we really need faster turning kites, but it could lead to some really unique designs of way more powerful kites or perhaps better drifting kites.
Top

Brand Affiliation: None
Has thanked: 56 times
Been thanked: 180 times

Interesting concept but could be hard to pull off since the power lines obviously have to deal with a LOT more force then the steering lines.
Putting some pulleys in there and with redistribution of the forces on the bar sounds like it needs to be quite bulky to be strong enough to not collapse on itself especially during high load steering eg kiteloops.
I guess you might also get some really weird/heavy(?) steering feedback on the bar

Would certainly help in low wind relaunch and big kites.
Not sure if the complexities weigh up against any gains though. I guess someone needs to try it out to see how it works but I am not going to be it

Perhaps you could explore some aspects of how effective this might be by adding some sort of toggle line to the front leaders of a low V such that you could cross the toggle lines and pull on a front leader with a toggle as you pull the rear leader with the bar. Certainly useful with a light wind wet launch as already said.
Top

I don’t understand why pulling the opposite front line works to accelerate turning.

Wouldn’t you want to pull the same side?

2-line fixed bridle kites work by turning toward the side that is shortened, and if your front lines are uneven on a 4line kite, it will turn toward the shorter line.

Sometimes for fun I land my 4m in light wind by going hand over hand up the front lines to reel it in with the kite still in the air, I steer it by pulling the side I want it to turn toward, not the opposite.

Pulling the opposite front line to help relaunch off the water works because the kite is stalled and trapped against the water and can’t pivot around the line.
Top

yes. i agree the practicality of this is only makes sense to me for big kites low wind. even then i think the bar pressure feel might outweigh the increased agility.
jyoder, i thought the same thing. if i make one i will try both setups.

i also like the idea of a simple ring and stopper system which initiates a pull on the front line if you sheet all the way in and steer. seems easy to make with minimal mod.
Top

I would expect pulling the opposite front to increase turning speed until luffing starts to occur, my reasoning…….

Simplistically speaking the kite turns because you slow one side down by pulling on a rear, call this side A. Side B will then fly faster than side A; if you pull the front of side B it will fly even faster and hence the kite should turn quicker.

Or am I missing something? ( Put a 4 line depower kite on its TE, pull stbd front and the stbd side will lift? )

PS Joyrider ~ fixed bridles are different, they do not have fronts that effect the AoA in the same way, better to refer to them as mains and brakes imho.
Top
Post Reply
7 posts • Page 1 of 1