The woman just can't be stopped: Aya Kiteboarder (pole position on the Kite Freeride Leaderboard at WOOSPORTS) again on the water for 6.5 hours today. Seems to be fun... 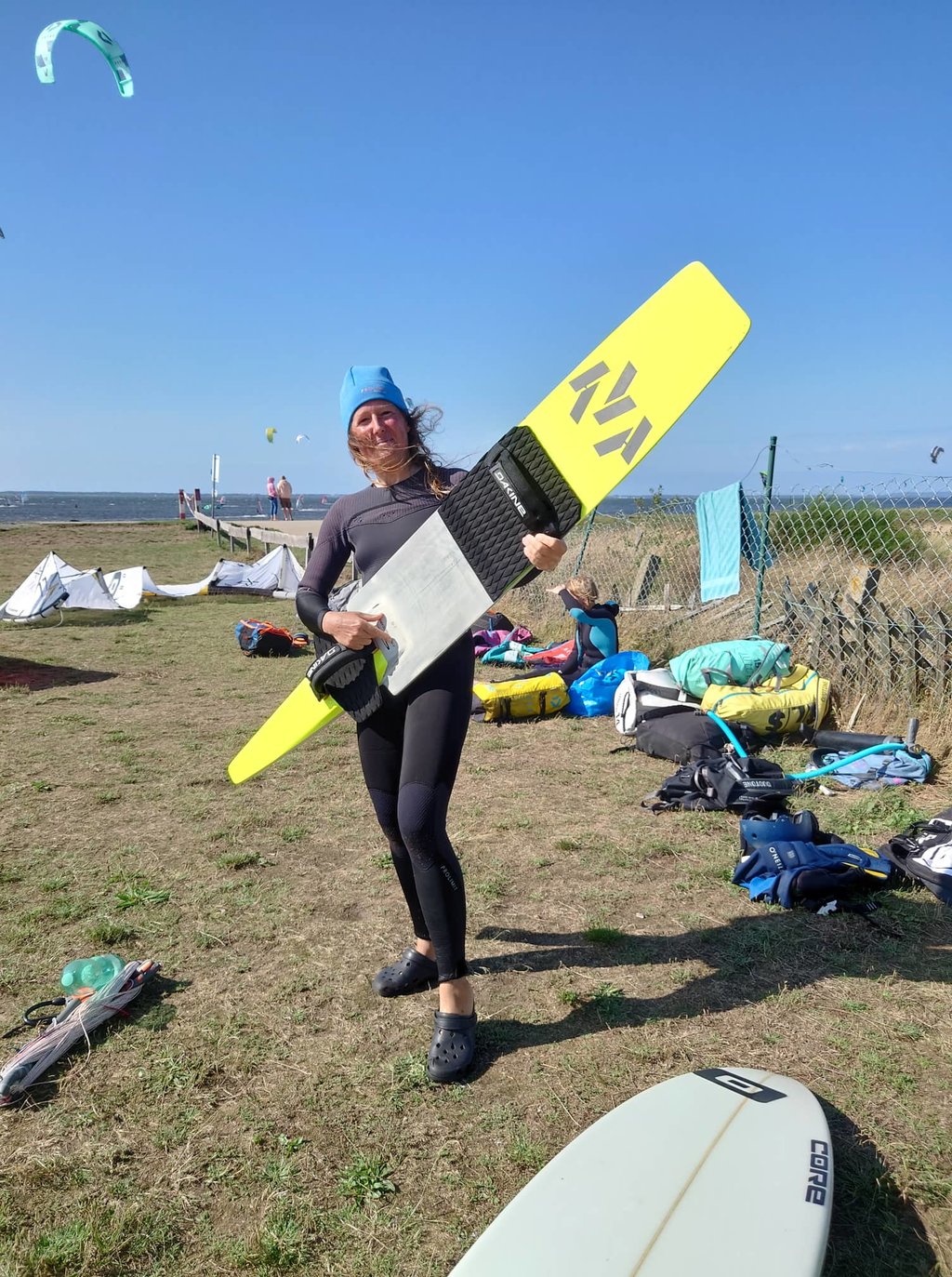 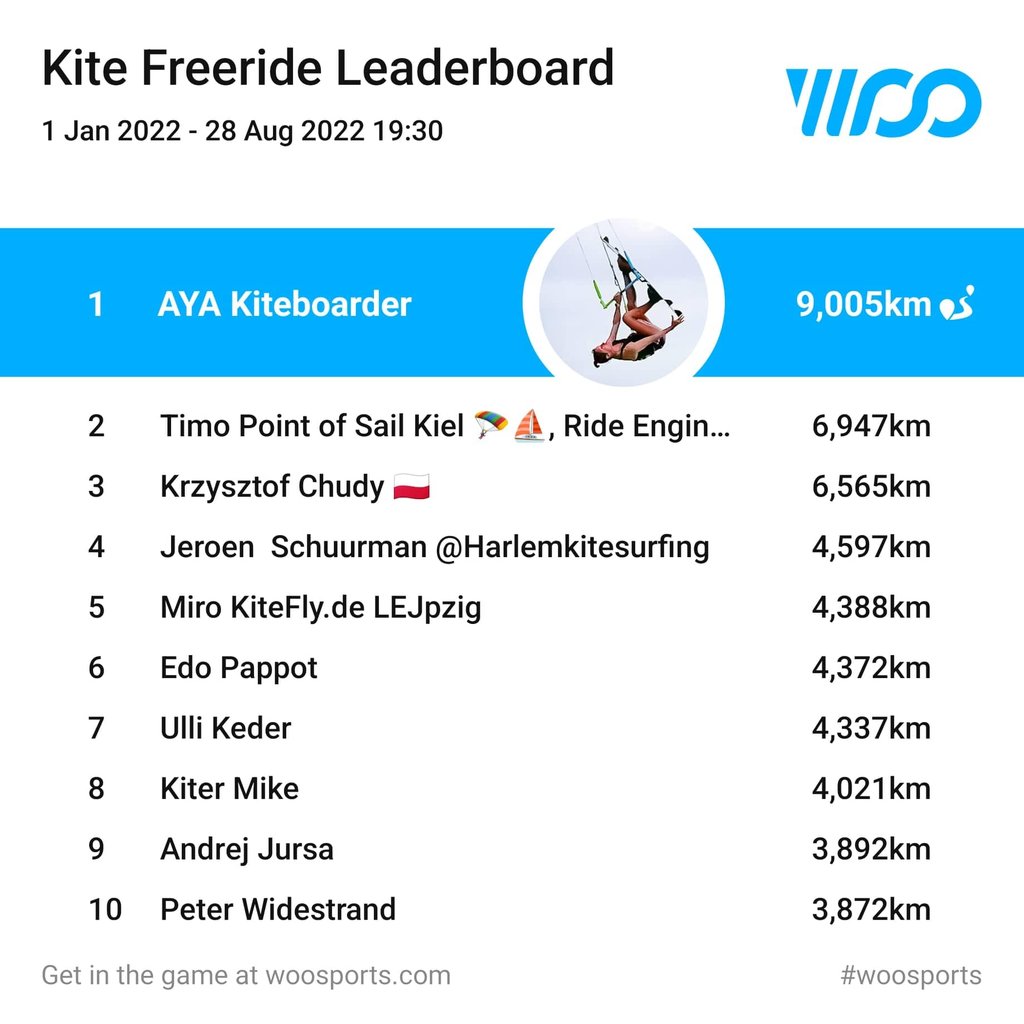 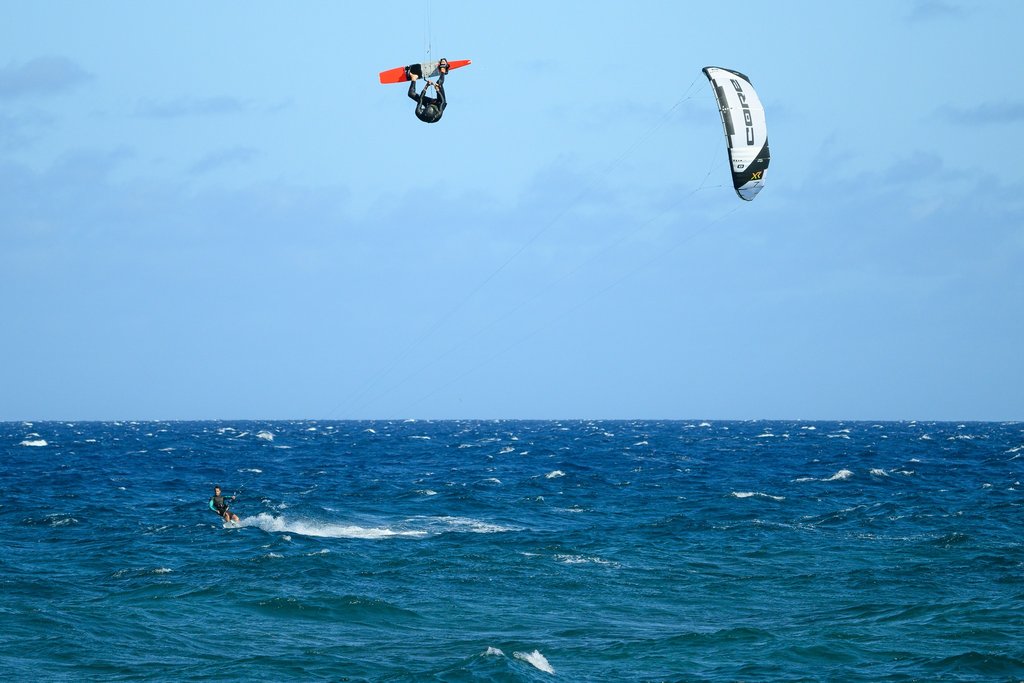 I traveled to Sankt Peter Ording to train with notorious Speed Freak - Tillman Heinig. The wind was up to 36 knots! Normally I can't even go on the water in 28+. But this time I wore a lead belt with an extra 8,5kgs and was able to hold down a 2013 6m Slingshot Rally !
I also wore a seat harness which added to the initial struggle. New spot, new kite, new harness, new board, new body weight!!!! I looked like a beginner trying to board start. Was nearly in tears with frustration.
Gradually I found my balance and learned the kite and board (similar to my race board). The seat harness and extra body weight took some time. And then the wind. I've never kited in such strong wind before.
But eventually it all came together and each pass got faster and faster until we got the liquid ice! That's when it happened! I broke the 70kmh mark and pushed on to hit 75,17kmh by the official GPS tracker."
Last edited by tilmann on Fri Sep 30, 2022 7:30 am, edited 1 time in total.
Top 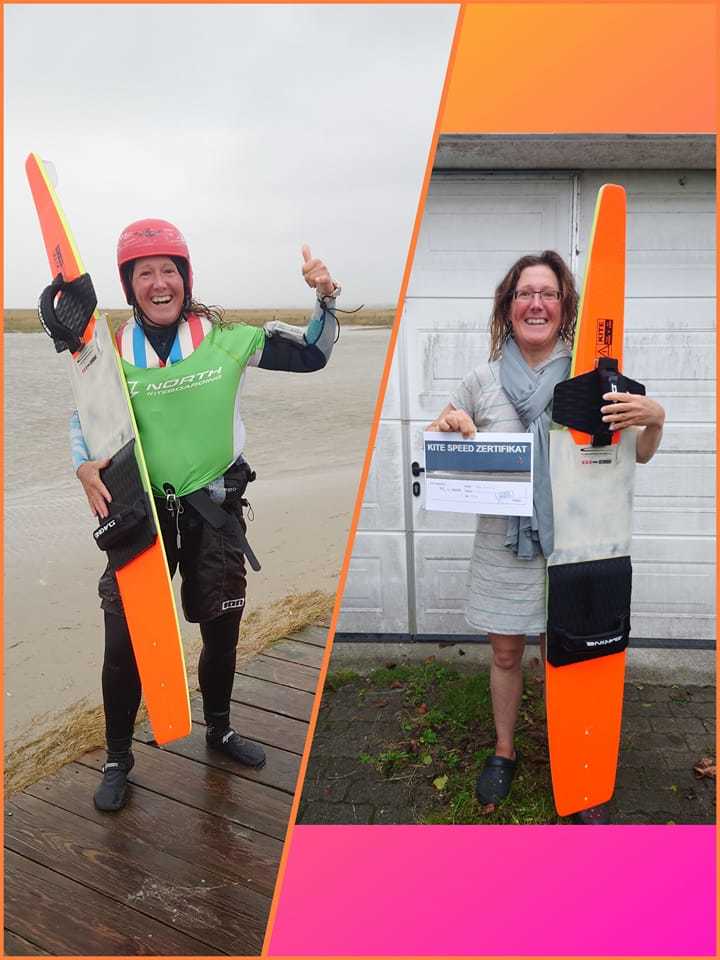 Still on Cloud 9 remembering that feeling! That moment when my board went from ta-ta-ta-ta-ta on the water to a humming! I was on liquid ice! I suddenly felt like I was in a time warp... as if time stood still! The bleeping of my GPS was the only thing I could hear! Then suddenly, I was whipped back to reality upon hitting the choppy water! I looked at my watch... Over 70 kmh! My GPS would have to wait because I couldn't actually read the numbers with my old eyes.

I did 4 runs on the liquid ice and each run was faster until I ran out of water and my board spun off my feet and I did a turtle-on-its-back-rolling crash and stood up like it was a choreographed dance move! I looked at my watch and nearly cried! I had done it! Confirmed with the GPS data, I had a top speed of 40,6 Knots and a 500 of 69kmh.

The last days I have had a pep in my step because I can't come down off this high! Can't imagine why speed kiting is not more of a thing! It changed my whole perspective and boosted my passion for kiting! 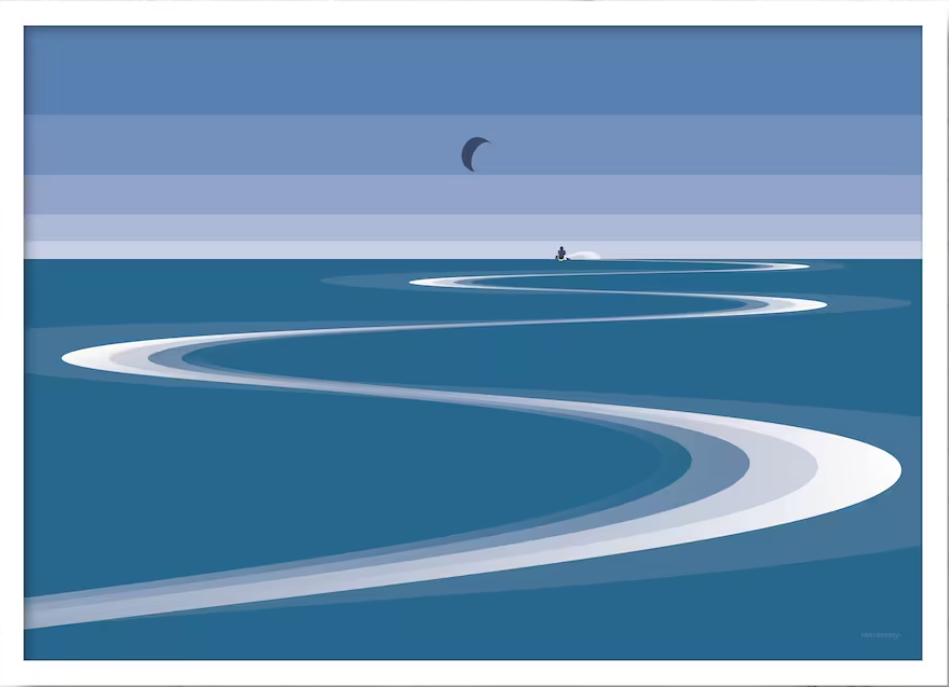