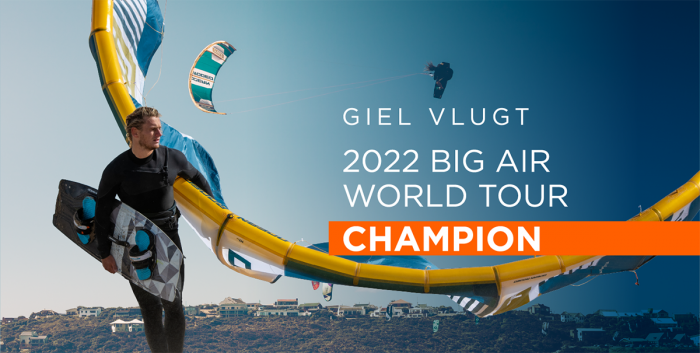 Giel Vlugt was officially crowned the 2022 Big Air Kite League World Champion in Cape Town yesterday, following a year of high-intensity competition throughout which The Viking has dominated the skies on his Rise A-Series kite, Tumbler board and Pilot bar.

His favourite combination also secured him the win for the highest jump in the competition, with a huge height average of over 18m achieved on his three biggest jumps.
It brings a very successful southern hemisphere season to a close for Giel, with a line drawn in the sand for all-comers in 2023...